MAE SOT, Thailand (Reuters) – A leader of Myanmar’s biggest rebel group was assassinated at his home in the Thai border town of Mae Sot on Thursday, his wife told Reuters. Mahn Sha Lar Phan, secretary-general of the Karen National Union, was shot at his two-storey wooden home by two men who arrived in a pickup truck, his wife Kim Suay told Reuters at the scene. He died instantly.“One of them walked up to the house and said in Karen ‘How are you, uncle?’ Then the other man joined him after parking the truck and they both shot him with two pistols,” she said, her voice shaking with emotion.

In an interview with Reuters on Monday, he had predicted a possible increase in violence ahead of a constitutional referendum in the former Burma in May. 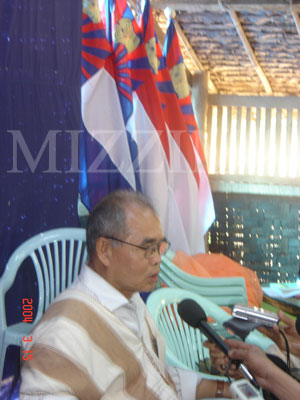 you can see many pictures of Pado Mahn Sha,he was a great Hero,we miss him,thanks to Dr.Lun Swe for pics