(BRUSSELS) – The EU criticised Myanmar on Tuesday after baton-wielding police dispersed a student rally and arrested dozens of protesters in a crackdown which has raised fears of a return to junta-era repression.

The 28-nation bloc also defended its 2013 decision to launch a 10-million-euro programme to train Myanmar police in dealing with demonstrations, saying it was part of efforts to support reform.

“The European Union is following with concern recent clashes in relation to ongoing protests and deeply regrets the use of force against peaceful demonstrators,” a spokeswoman said in an email to AFP.

Myanmar police carted away two truckloads of protesters after violently breaking up the rally in the central town of Letpadan, according to an AFP reporter at the scene, and police said 127 were arrested.

The crackdown comes just days after authorities used violence to end a rally in support of the students in the commercial hub of Yangon, prompting condemnation from rights campaigners.

The EU said the clashes showed the need for further reform by Myanmar’s military-dominated government but insisted that it was right to launch the training programme for riot police.

“Since the beginning of the EU project, progress has been made,” the spokeswoman said.

“When it comes to EU-trained police units, a difference in approach has been acknowledged, including by human rights organisations.

“Change, however, does not happen overnight, it requires a shift in the mindset and recent events confirm the necessity of more and continued reform.”

The EU “remains committed to supporting positive change in Myanmar in general — and the important process of reforming the police in particular”, the spokeswoman added. 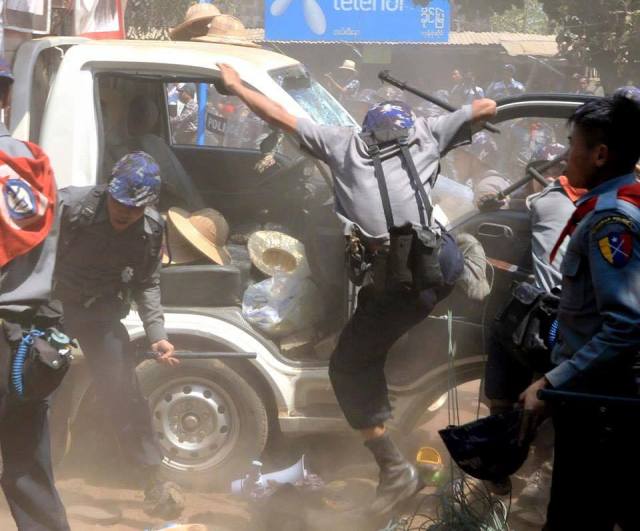 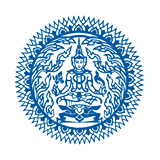 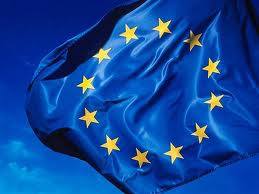 Sopon Onkgara
ว่าจะไม่ล่อแม่งด้วยภาษาปะกิตจวกอียู แล้ว แต่ทนรอข้ามคืนไม่ไหว…. .ช่วยส่งให้ฝรั่งอ่านด้วยยยย
My response to the EU foreign ministers’ punitive measures against Thailand…
— Sorry for not being polite. I think there is no need for civility for what you treat us.
— Let me be very clear. We don’t give a shit about your measures. Shove it up yours…at your convenience.
— I view your action as childish, naive, self-deceptive and hypocritical and irrelevant to what is happening in Europe. No need to talk tough and bully us. This is no colonial era. You are way over your heads.
— If your foreign ministers do not want to visit Thailand, that’s fine with us. You can continue to do so. It will even be better if you instruct your corporations, business firms such as banks, insurance firms, industrial firms etc., to leave Thailand for good.
— Why should you be unduly concerned about what is happening in Thailand? Some of us Thais don’t even care about what is happening in our land. You should leave us alone.
— You should direct your deep concern towards the ongoing mess and massacre in Ukraine. The coup in Thailand did not waste a single bullet, no casualties whatsoever.
— I think you are so afraid of Russia . You don’t want to mess with Putin and his might. Your unwarranted interference in our internal affairs is just a pathetic pretext to avoid messing with Russia and the Ukraine crisis.
— Your hypocrisy and double standard cannot fool us Asians. You should take care of your multi-faceted chronic problems. By the way, we do not want the so-called partnership and cooperation agreement. I think the EU wants it, because it will benefit you. Leave it unsigned forever.
— Don’t come and beg for reconciliation. We surely can survive without you.
— Sopon Onkgara 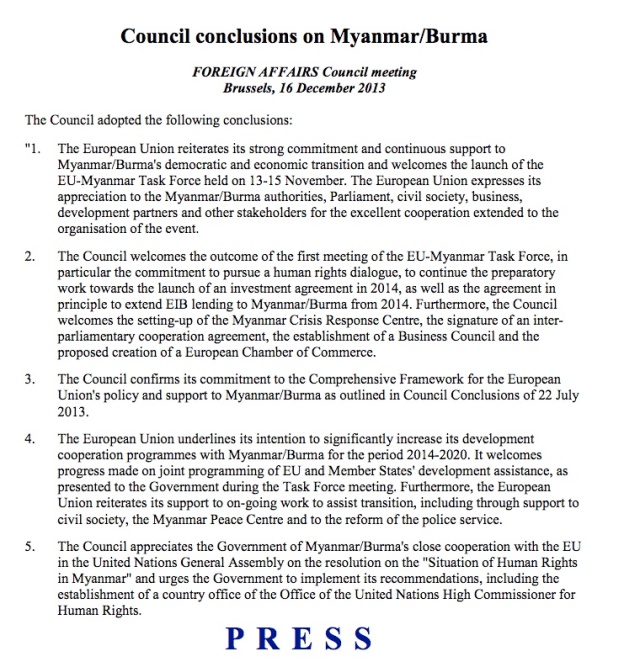 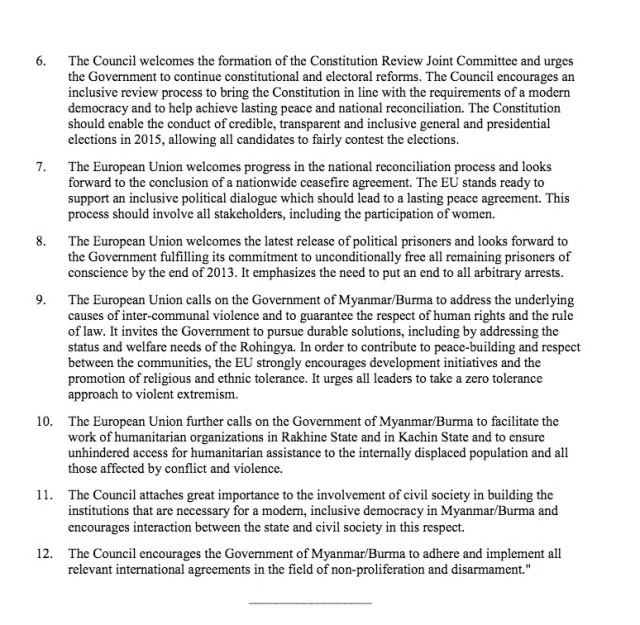 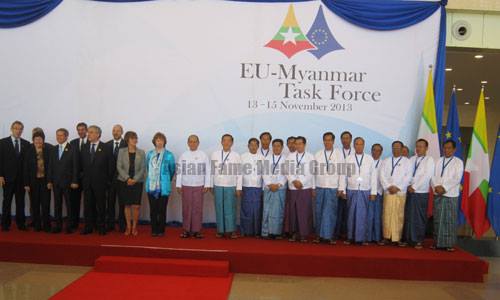 NAY PYI TAW—The European Union and Myanmar have signed a packet of agreements to cooperate in business, tourism and mining sectors.

“We’ve come here to help Myanmar improve the living standards of its people,” Catherine Ashton, High Representative for Foreign Affairs and Security Policy of the EU said, following a meeting held in the Myanmar capital on Friday.

The two sides of the EU-Myanmar Taskforce released a joint statement saying that they will work together on small- and medium-sized enterprises, tourism and mining businesses.

Between 2014 and 2020, Myanmar will become an Asian nation that largely benefits from cooperation with the EU, the release said. The EU has also planned to provide between €75-90 million (Ks 98.55-118.27 billion) in annual aid for development work in Myanmar.

The accords signed at the EU-Myanmar Taskforce meeting included agreements to hold policy-related discussions on small- and medium-sized enterprises, and raw materials; cooperation on long-term development of the tourism industry; a joint statement on the EU’s provision of aid for development; cooperation between European investment banks and Myanmar; and cooperation in agriculture. 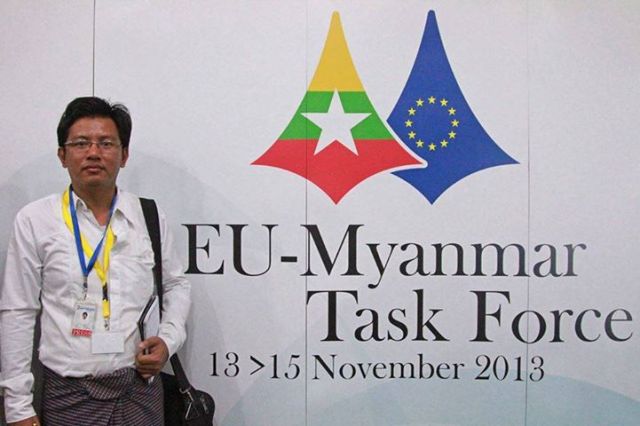 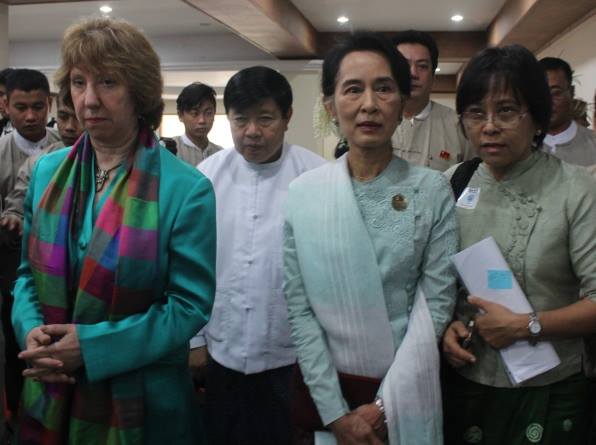 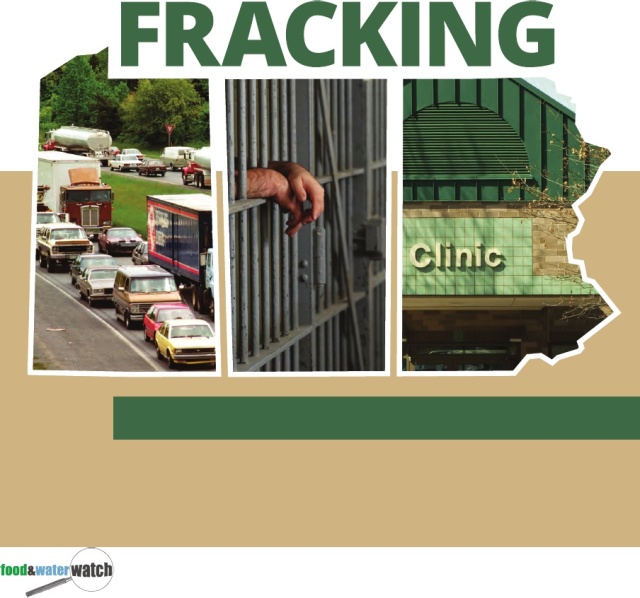 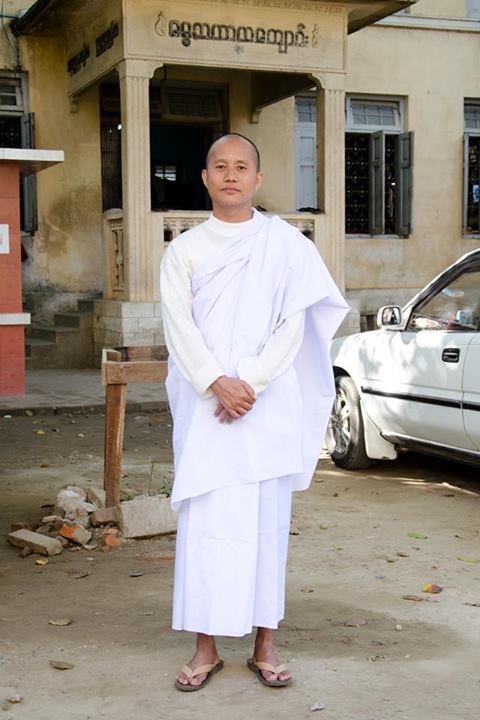 THE GOOD ARE NOT ALWAYS THE GOOD

Turkish security forces found a 2kg cylinder with sarin gas after searching the homes of Syrian militants from the Al-Qaeda linked Al-Nusra Front who were previously detained, Turkish media reports. The gas was reportedly going to be used in a bomb.

The sarin gas was found in the homes of suspected Syrian Islamists detained in the southern provinces of Adana and Mersia following a search by Turkish police on Wednesday, reports say. The gas was allegedly going to be used to carry out an attack in the southern Turkish city of Adana.

On Monday, Turkish special anti-terror forces arrested 12 suspected members of the Al-Nusra Front, the Al-Qaeda affiliated group which has been dubbed “the most aggressive and successful arm” of the Syrian rebels. The group was designated a terrorist organization by the United States in December.

Police also reportedly found a cache of weapons, documents and digital data which will be reviewed by police.

Following the searches, five of those detained were released following medical examinations at the Forensic Medicine Institution Adana. Seven suspects remain in custody. Turkish authorities are yet to comment on the arrests.

Russia reacted strongly to the incident, calling for a thorough investigation into the detention of Syrian militants
in possession of sarin gas.

“We are extremely concerned with media reports. Russia believes that the use of any chemical weapons is absolutely
inadmissible,” Russian Foreign Ministry spokesman Alexander Lukashevich said on Thursday.

In a separate incident in Adana, police reportedly received intelligence that an explosive-laden vehicle had entered the town of Adana on Thursday, the Taraf daily reports.

Ankara has attempted to bolster the Syrian opposition without becoming embroiled in the Syrian civil war, a policy which Damascus claims lead to the deadliest act of terrorism on Turkish soil.

On May 11, 51 people were killed and 140 injured after two car bombs exploded in the Turkish town of Reyhanlı, located near the country’s border with Syria.A dozen Turkish nationals have been charged in the twin bombings, and Ankara has accused Damascus of helping the suspects carry out the attack.

“This incident was carried out by an organization which is in close contact to pro-regime groups in Syria and I say this very clearly, with the Syrian Mukhabarat [intelligence agency],” Interior Minister Muammer Guler said.

Syria’s Information Minister Omran Zoubi denied any link the attack, saying his country “did not commit and would never commit such an act because our values would not allow that”.Zoubi further charged the Turkish government had facilitated the flow of arms, explosives, funds and fighters across the country’s border into Syria, claiming that that Turkish Prime Minister Recep Tayyip Erdogan and his party bear direct responsibility [for the attack].”

Reports of chemical weapons use by both Damascus and the Syrian opposition have surrounded the conflict in Syria for months.    http://rt.com/news/sarin-gas-turkey-al-nusra-021/