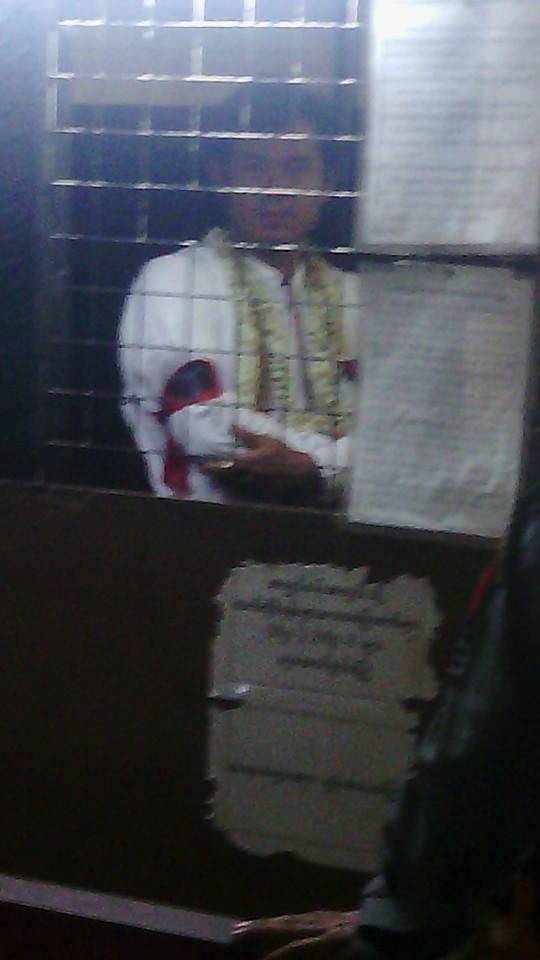 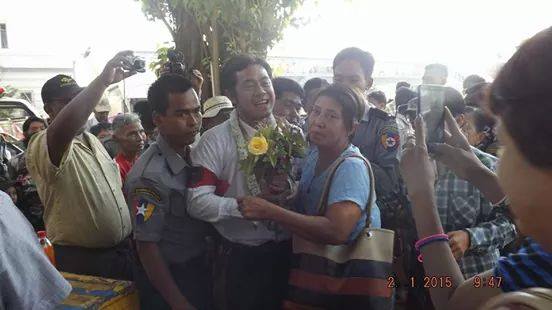 Prosecution witness Pol Lieutenant Boonlert Kalayanamitr told the court yesterday that prachatai.com director Chiranuch Premchaiporn had indeed committed a crime by not removing alleged lese majeste remarks posted by others on the site’s bulletin board.

“We notified [Chiranuch] about the comments found on the website, and this is already an offence” under the Computer Crimes Act, Boonlert, the last witness from the prosecution side, told the two presiding judges. He added that the 10 “defamatory remarks” were visible on prachatai.com for 11 days.

Boonlert, who led the police investigation team, said Chiranuch was “very cooperative” when she was asked for the IP addresses of the people who anonymously posted the messages. Only one user’s IP address was tracked down and police could not trace the rest because Internet shops only retain the information of users for a maximum of 90 days. END_OF_DOCUMENT_TOKEN_TO_BE_REPLACED

The Media Legal Defence Initiative helps media and journalists defend their rights. We provide legal aid to journalists and media in need and we run legal training and mentoring programmes.www.mediadefence.org

Whistleblower moved to Bago prison
Jan 26, 2010 (DVB)–The former Burmese army official sentenced to death this month for leaking state secrets has been moved from Rangoon’s Insein prison, as his family prepares to appeal his sentence.

Win Naing Kyaw, who was arrested last year and charged with leaking information on top-level Burmese military visits to Russia and North Korea, was handed the death sentence and multiple prison terms by the Insein prison court on 7 January.
Another fellow whistleblower and former government official was also sentenced to death for the leak, while a third man was given a 15-year sentence. They are also accused of passing information to exiled Burmese media detailing North Korean involvement in a military tunnel project in Burma.
A source close to Insein prison said that Win Naing Kyaw was moved last Saturday to Tharrawaddy prison in Bago division, 100 miles north of Rangoon.
The transfer of prisoners is often done to restrict access for visiting family members and lawyers, who are now in the process of launching an appeal. END_OF_DOCUMENT_TOKEN_TO_BE_REPLACED

Jan 25, 2010 (DVB)–The outcome of the trial in which a Burmese-born US citizen is accused of fraud and forgery will be announced on Wednesday this week, his lawyer said.

The lawyer for Nyi Nyi Aung, also known as Kyaw Zaw Lwin, said however that the three charges brought against his client by a Rangoon court are false. If found guilty, he could face a maximum 17 years in prison.
Analysts have also argued that the trial was politically motivated, stemming from the work Nyi Nyi Aung has done as an activist since fleeing Burma to the US in 1993.
Lawyer Nyan Win said that the charge of possession of fake identification carried “absolutely no evidence that Nyi Nyi Aung had either made or used [the ID]”.
Likewise, another charge of carrying excessive amounts of the Burmese currency was “built on a Personal Declaration Form which he had not yet handed to airport customs” after he arrived at Rangoon airport on 3 September last year.
“The form was allegedly seized from him after he was arrested and it has his handwriting on it,” said Nyan Win. “However, the form was handed to customs by airport security and it wasn’t his official declaration.” END_OF_DOCUMENT_TOKEN_TO_BE_REPLACED

New Delhi (Mizzima) – Lawyers of detained Burmese pro-democracy leader Aung San Suu Kyi on Tuesday met with her as part of their preparation to submit a final argument in their appeal to the Supreme Court against her sentence, according to her lawyers.

Kyi Win, a member of Aung San Suu Kyi’s defense team, on Tuesday said he along with fellow Supreme Court Advocate Nyan Win visited the Burmese Nobel Peace laureate at her lakeside villa on Rangoon’s University Avenue and discussed the appeal against her sentence.

“She [Aung San Suu Kyi] is in good health. We discussed our final argument to be submitted to the Supreme Court on January 18th,” Kyi Win explained.

The pro-democracy leader’s lawyers had filed a petition with the Supreme Court over the sentence handed down to her by a District Court last year on charges of violating her previous detention regulations. END_OF_DOCUMENT_TOKEN_TO_BE_REPLACED

Judges at the Supreme Court in Rangoon announced on Monday that they will hear Burmese opposition leader Aung San Suu Kyi’s appeal against the 18-month extension of her house arrest which was passed down in August, said Nyan Win, one of her lawyers.

The proceedings at the Supreme Court, the highest court of appeal in military-ruled Burma, began at 10 a.m. this morning, Nyan Win told The Irrawaddy on Monday.
“We had one and a half hours to argue our case,” said Nyan Win. “The court reconvened at 3:30 p.m. and the judge announced an appeal could be launched and that a date would be set for the hearing.”

Kyi Wynn acted as the main defense lawyer for Suu Kyi at court on Monday morning. Members of her defense team said that plain-clothed security guards patrolled outside the court during proceedings.

There will also be a separate appeal for Suu Kyi’s companions, Khin Khin Win and Win Ma Ma, according to their lawyer, Hla Myo Myint. END_OF_DOCUMENT_TOKEN_TO_BE_REPLACED