The government peace delegation comprises of 44 members including Aung Min and Lt-Gen Myint Soe of the Ministry of Defence. Hswan Lut Gan will lead the peace delegation of Kachin Independence Organization (KIO) and no details have been given yet about the list to attend the peace talk.

Hswan Lut Gan will lead the peace delegation of Kachin Independence Organization (KIO) and no details have been given yet about the list to attend the peace talk.

Despite not knowing the exact list to attend the peace talk, the KIO’s forerunning group includes the youths who are familiar with technology and they arrived in Myitkyina on May 24.

The KIO peace delegation will consist of 48 members and arrive in Myitkyina on May 27. Deputy Commander-in-Chief Major General Gwan Maw of the Kachin Independence Army (KIA) will be in the Kachin line-up, quoted the Kachin Peace Coordination Group (PCG) as saying. 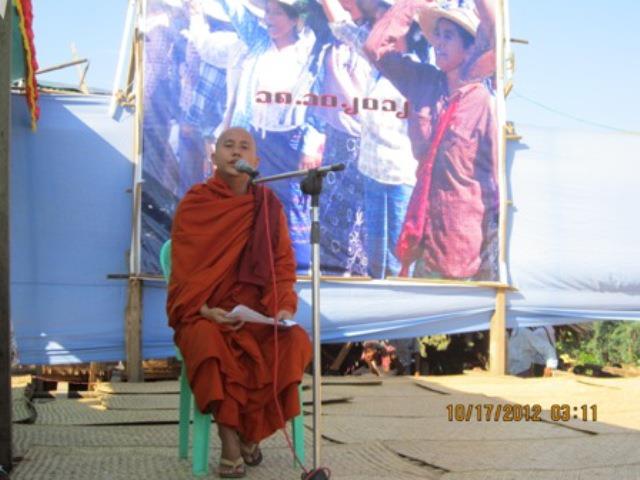 ABM: I am not sure what we are really talking about. But, the current development within the KNU is a result of a series of violations of decisions, rules and conventions of the organization since before the beginning of the first round of talks. That’s what appears on the surface. But there are irreconcilable political ideologies that lie underneath that. So, different ways of thoughts and strategies. I asked an advisor to the three ex-EC members about their plan, after the cease-fire agreement is firmly established. The advisor said they will follow the political framework laid down by U Thein Sein administration without telling me his/her own political stand. At least, one of the leaders personally said to me on two occasions that the only place to do politics is the parliament, which is diametrically opposed to KNU policies and programs. Anyway, I did tell the advisor that the way things were transpiring would lead to a split. He/she agreed with me. (Also note that there are people who are eager to do business without thinking about any other things.

TY: Yes, they want to follow “the political framework” because they want to compete in 2015 election instead of waiting for ASSK to win and put our hope or unforeseen future on her after the election. The better way to do politics, “not the only place”, is in the parliament because they believe that the Karen revolution started in Rangoon and should be ended in there. From the border, Karen leaders can do little or nothing. Talking about policies & programs, they are men made. Every country or organization review and change their policies & programs according with the flow of time, change, situation and etc.

Posted by PKD
View this document on Scribd