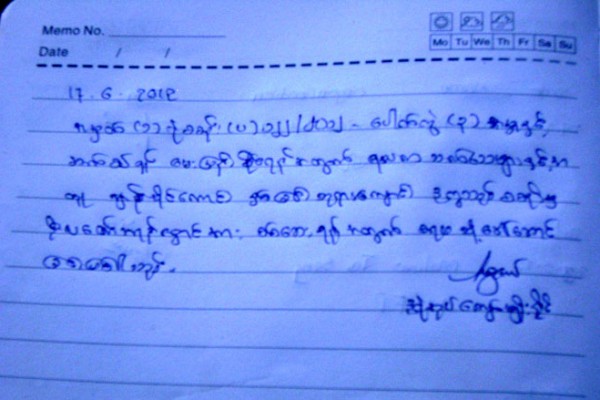 (Oh,God help us, do you remember his role in Sri Lanka Civil War ??)

Responding to questions about the role of United Nations in the ongoing refugee crisis in Kachin and northern Shan states, the UN has reiterated that its Burma Envoy Vijay Nambiar has in fact been advocating for the UN and its affiliated agencies to get access to vulnerable people displaced by the armed conflict between Burmese government forces and the Kachin Independence Organization.
In an email statement sent to the Kachin News Group, Martin Nesirky chief spokesperson for Secretary General Ban Ki-Moon said that Mr. Nambiar “has consistently raised with the Myanmar authorities the issue of adequate UN humanitarian access to areas in need and to vulnerable populations in border and conflict areas, including during his latest visit to Myanmar in early November. He will continue to stress to the authorities the importance of such access, in support of and in consultation with relevant UN offices.”

Despite assurances from the UN that it is pushing for access to refugees trapped on the China-Burma border, doubts remain as to whether the UN and its related agencies will ever get access to these people. END_OF_DOCUMENT_TOKEN_TO_BE_REPLACED 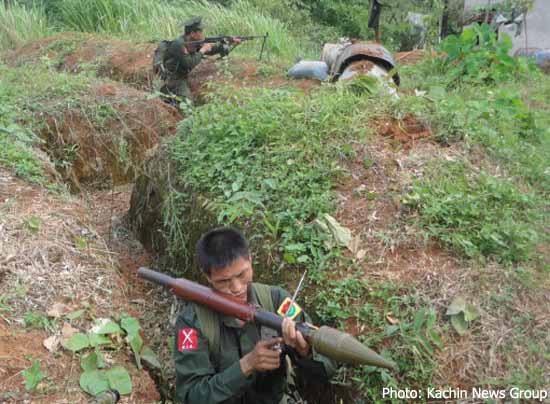 On a part of the Manmaw-Loije Road, connecting the Chinese border, where battles have been on between the two sides for over a month now, the Burmese Army troops are now moving four 120mm mortars from Hka Wan Bang village to near the KIA’s positions, added eyewitnesses.

Yesterday, fighting raged for an hour at noon in Du Ra Kawng between the two sides from the Burmese Army-controlled Hka Wan Bang and KIA-controlled Law Dan. Burmese troops fired 120mm mortars rounds from positions closer to the KIA, said a Baptist pastor of Law Dan, who did not want to be named.

The pastor told Kachin News Group on Tuesday, “We have about 30 households in the village.  Now, we are holding meetings for evacuation, especially of women and children from the war zone because Burmese troops have moved closer with four 120mm mortars towards KIA positions”.

The Burmese government broke the 17-year ceasefire and launched a military offensive against the KIA on June 9 this year.  The KIA and its People’s Army fighters have resisted the severe military onslaught by the Burmese Army using defensive tactics. KNG news 8.november 2011

Monday, 27 December 2010 22:21 KNG
In a surprise move, China in a day and night operation, has begun constructing military barracks for the People’s Liberation Army (PLA) on its border with Burma, local eyewitnesses reported.

A four-storey building is coming up, which is to house several military officers on the border town of Manghai in its southwest Yunnan province, opposite Mongkoe town in Burma’s northern Shan State, the eyewitnesses added.

In utmost secrecy and in an unusual move, the main four-storey building and other accommodation for soldiers is being constructed in Manghai since August this year.

The military barracks will house Chinese armed forces personnel, known worldwide as the People’s Liberation Army (PLA) after construction is completed, said sources among former soldiers of the Communist Party of Burma (CPB) in Mongkoe.

One PLA battalion will be stationed at the new border military base. The four-storey building under construction will have the battalion command office, added the sources.

Slg. Bum Htoi, a military analyst based in Mongkoe told Kachin News Group today that, “It is unusual for Chinese soldiers of the PLA to be stationed near the troubled Burma border.  I think Chinese troops are being stationed there to monitor foreign troops, especially U.S. soldiers should they enter Burma”.

The Chinese troops will also protect hundreds of thousands of its nationals in Burma if a Burma-China conflict breaks out in politically unstable Burma as it did during Gen Ne Win’s tenure in Burma between 1962 and 1988, Bum Htoi added.

Now, China is not overtly worried of a possible China-Burma conflict because over 200,000 retired Chinese soldiers, especially young people are spread across Burma as entrepreneurs, businessmen and workers in Chinese companies over the last four years, This is especially true in areas like lower Burma, such as Mandalay and Rangoon, according to sources close to Chinese security agents on the border.

China is quickly constructing a new PLA military base in Manghai township in Dehong Dai and Jingpo Autonomous Prefecture in its southwest Yunnan provice, one mile from the Burma border. Photo: Kachin News Group

China is firm in its belief that the experienced retired soldiers would join the Chinese government to protect Chinese citizens in Burma in the event of a conflict breaking out, sources added.

However, construction of government buildings, have been stepped up significantly around Manghai Township, said eyewitnesses.

Traders on the border report that China is into a lot of construction activity related to business infrastructure in areas bordering Burma, because it has invested a staggering amount of money on gas pipeline projects in Rahkai State, mining sectors and poured funds in many dam projects. The electricity and the produce from investments will be dispatched to China through Yunnan province.

A Kachin political analyst on the border said, China is becoming worried about increasing U.S. influence on Burma. More than fearing it may lose its huge investments in the military-ruled Southeast Asian country, it is concerned about US domination of Burma.