These young cadets from the Arakan Army fell alongside 15 comrades from other ethnic armies as the Burmy Army attacked the Kachin Independence Army’s Military Academy on 19.11.2014.photos: ရကၡိဳင့္တပ္မေတာ္ – သတင္းႏွင့္ ျပန္ၾကားေရးဌာန 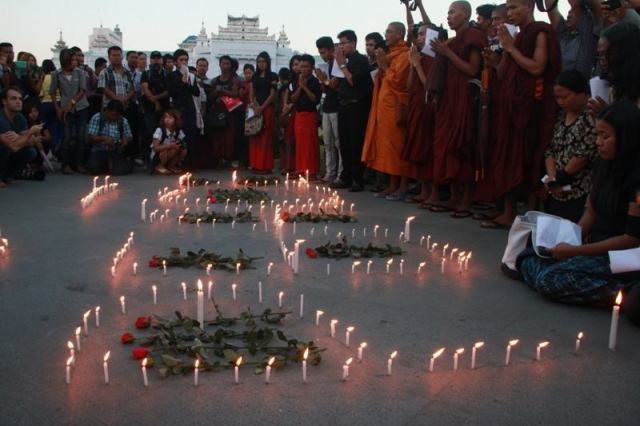 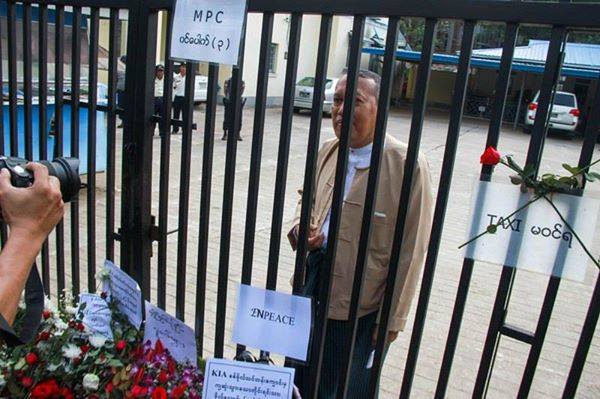 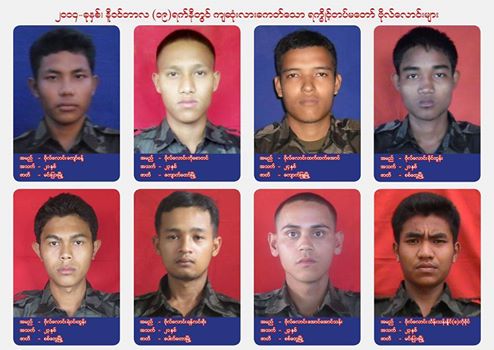 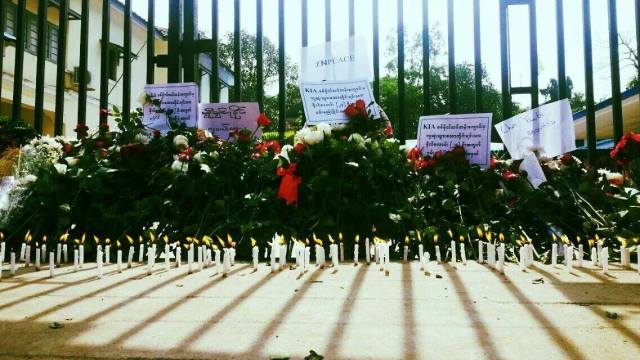 Initial reports indicated that 22 had died in the attack however a 23rd trainee died of his injuries en route to hospital, the Kachin News Group has learned. The remaining 15 survivors are being cared for in Laiza. 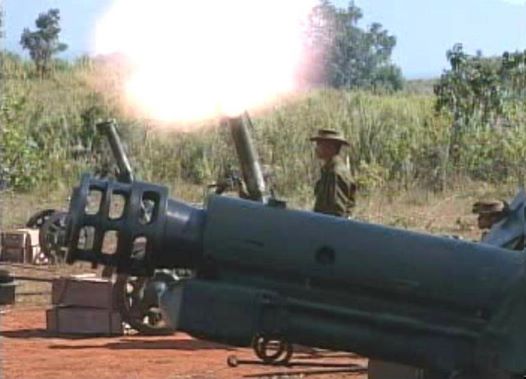 END_OF_DOCUMENT_TOKEN_TO_BE_REPLACED

For the fifth time this month, Government forces led an attack on Kachin Independence Army’s (KIA) battalion camp 36 in the Monggo area of Muse Township in northern Shan State last Sunday, in a show of force that resulted in at least 4 deaths.

According to KIA military commander Naw Bo Jar, government troops began their offensive at midnight on August 4, inciting a conflict that lasted 3 hours. The 4 reported deaths were KIA soldiers, while the death toll for government forces is currently unknown. 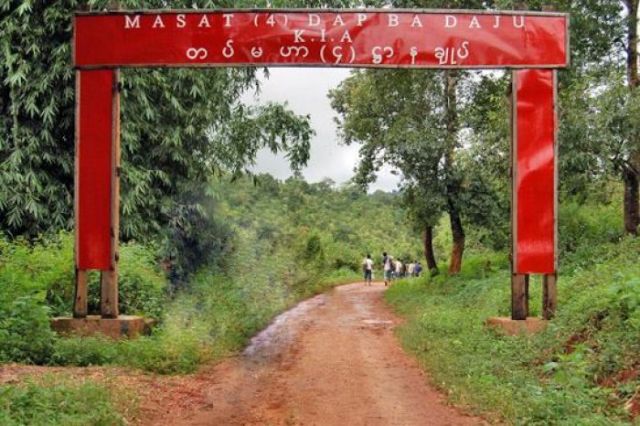 The attacks have dealt a heavy blow to KIA and associated political body the Kachin Independence Organization’s (KIO) relations with  yapyidaw, which have been continually strained since government forces broke a 1994 ceasefire agreement with the ethnic group in 2011 following the KIA’s refusal to become a border guard force (BGF).

Construction of the Myitsone dam, which began in 2007 but has since been suspended, further soured relations when it led to widespread flooding of KIO territories.

Although episodic conflict has continued unchecked since June 2011, the KIO has not halted its attempts at peace. On July 23, the ethnic group established an office for a prospective peacemaking technical team in Myitkyina, Kachin State, but same day attacks by government forces on KIA military bases undermined efforts to appoint members to the delegation.

Following attacks, KIO representatives presented the situation to vice chairman of the Myanmar government’s Union Peacemaking Working  Committee (UPWC) U Aung Min, who promised to work towards resolving the situation.

However, no progress has been made. Military forces have continued their offensives and are increasing their operation size near the KIO headquarters in Laiza Town, according to Colonel Naw Bo.

Since government forces broke the ceasefire in 2011, KIO officials have met with members of the UPWC for talks 9 times officially and 4 times unoficially. A long term bilateral resolution has yet to materialize.

Two Shan villages, Namwai village with about 60 households and Hpagyi village with about 20 households, near Dawhpum yang were burned down by Burmese Army soldiers. Local sources reported at least 23 houses in Namwai village and 8 houses in Hpagyi village were burned down to the ground. The Burmese government soldiers burned the two Shan villages down without any substantial reason, said sources. END_OF_DOCUMENT_TOKEN_TO_BE_REPLACED