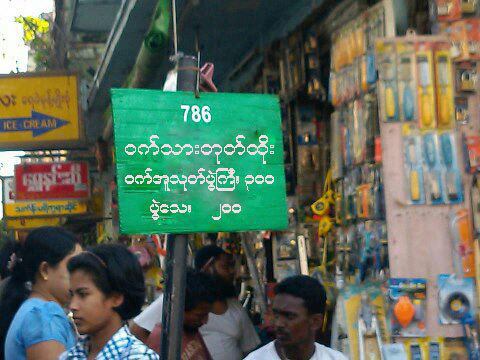 Islam specialists and the Unity for Peace Networks invited the media to officially explain that the meaning of 786, which has aroused suspicion from followers of other regions, is not that Islam will dominate the world in the 21st century.( (NO, BUT WHAT THE DIFFERENCE THAN IF BUDDHISTS HAVE THE “969” NR ON THEIR SHOP, TO SHOW  RELIGION?) BUT WITHOUT 2 CHILDPOLICY THEY DOMINATE MYANMAR.IN RAKHINE STATE 97% ARE BENGALI, SO NO MINORITY .) 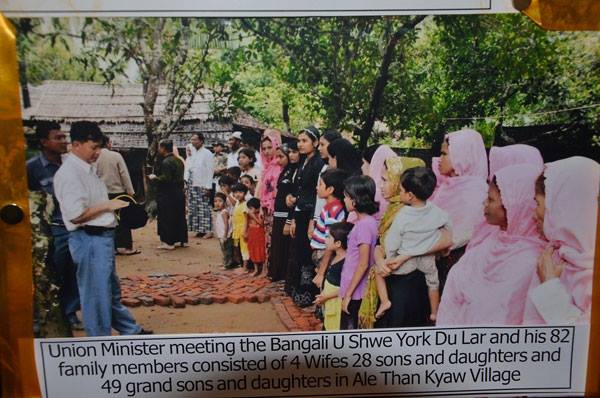 In the press conference held at the YMCA hall on Than Phyu road on June 12th, the said network explains that the number 786 is not about discriminating against other religions.

The said network explains that the number 786 means “in the name of Allah, the compassionate”, which Muslims from India created by using the Abjad numeral, a decimal numeral system in which the 28 letters of the Arabic alphabet are assign in numerical values.

In clarifying the misconceptions of Islam and Muslims, the Unity for Peace Networks explains not only the meeting of 786 but also the cases of Jihad and missionaries.

In response to the suspicion surrounding mosques, U Tin Myint claims that the mosque is open to the follower of any religion who wants to inspect it.

The Unity for Peace Networks, founded by 14 Islamic groups, stated that 786 is not a symbol that is approved by the Islamic world or included in the Islamic teachings.

U Wirathu from the Masoeyein Monastery states that the Myanmar Islamic Religious Organization needs to announce officially that Islam has no intention of dominating Myanmar in the 21st century and that those who are reported to be pursuing this objective would be convicted.