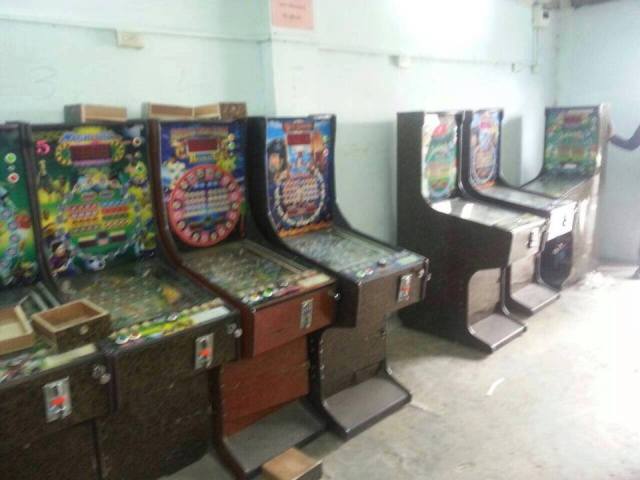 HURFOM: Gambling has continued to plague the Thai-Burma border sub-township of Three Pagodas Pass (TPP). In what looked like a promising move, local police forces recently seized 9 slot machines from TPP’s Quarter No. 3. However, the machines were returned to their owners shortly afterwards. Residents have expressed concerns, saying that they want the gambling to stop.

The slot machine seizures came after a fight broke out in a gambling hall on 30 June, 2013. Subsequently, the senior monk from the Dhama Haywon monastery demanded that local police forces respond to the incident, resulting in the seizure of 9 slot machines from TPP’s Quarter No. 3. According to a local source, the machines belonged to members of the Border Guard Force. However, following the seizures, owners did not face any repercussions. Furthermore, the slot machines were returned to them on the condition that they sign an agreement stating that they would not continue to operate the machines.

Slot machines have been illegal in Burma for some time now. At the beginning of February 2012, the ruling Union Solidarity and Development Party (USDP) prohibited slot machines and gambling as part of an anti-poverty program.  However, ethnic armed groups and police forces have continued to operate gambling centers in TPP, with the government failing to exert its influence to stop illegal gambling.

In TPP, gambling is tied up with many other social problems. 2013 has seen an increase in the number of brothels and gambling halls, both of which are common venues for drug and alcohol abuse, and prostitution.

Residents have expressed concerns about these activities. “To advance the residents’ social development, there should not be any gambling, drugs, or human trafficking,” said a member of an armed group who chose to remain anonymous. “First the government should clean those things out to promote the city. Unless the corruption and the gambling centers are gone, the villagers will not attain peace.”

By Independent Mon News Agency – The Burmese military has allowed the opening of casinos by Three Pagodas Pass residents with the caveat in which casino owners must pay a tax for the permission to open.

Mon sources report that Thein Zaw, tactical commander from the Military Operation Command No. 8, has given permission to open casinos but only allowing the opening from those owners who pay bribes.

Gambling is illegal in Burma. However, the commander said that he permitted gambling from February 23rd to the first of March to gather funding for his military command.

Thu Rain, a Three Pagodas Pass resident said that there is no benefit from the business [after taxes], but no one has dared say this to the authorities.

“We heard that he [Thein Zaw] demanded 30,000 baht as taxes from casino owners per night,” said Thu Rain.

According to Thu Rain, this is the first time that the military has allowed gambling in Three Pagodas Pass.

Three different casinos have opened. The first has Nee Taung (a Burmese game of tops with colors on the two different sides) with ten tables in the casino. The second casino, Ann Ka Lon, plays a Burmese version of dice with animals instead of numbers, and has 70 tables, while the last casino provides four card tables.

Commander Thein Zaw began governance of Three Pagodas Pass in September 2010. Compared to commanders before he has remained in governance for the longest period of time.

Gambling is illegal in Thailand