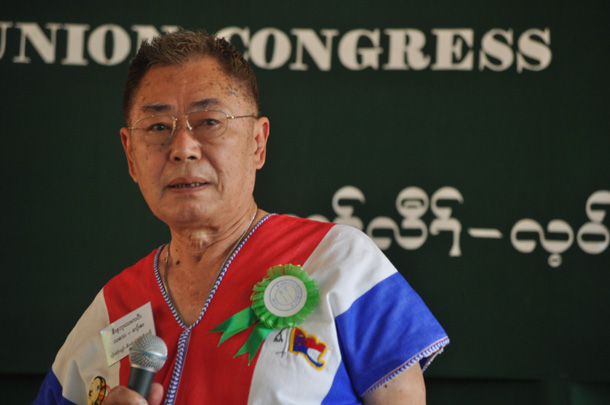 This week, representatives of a number of Burma’s ethnic armed groups convened in Wa Special Region for a political strategy summit among those that abstained from a recent ceasefire accord with the government. Attendees met for three days with the aim of establishing a path forward between non-ceasefire groups a new government set to take power early next year, following a general election to be held on Sunday. Two participants took some observers by surprise: David Tharckabaw and Zipporah Sein, both members of the Karen National Union (KNU), which signed the ceasefire agreement with the government on Oct. 15. Both representatives attended the summit on behalf of the Karen National Defense Organization (KNDO), a non-signatory, rather than the KNU. Neither was present at the ceasefire signing ceremony, indicating a growing divide within the powerful KNU. The Irrawaddy spoke with Tharckabaw on the sidelines of the summit in the Wa capital Panghsang about the KNDO’s objectives and motivations for attending the summit, and his views on the peace deal recently signed by other factions within the Karen political leadership. We would like to know about the KNDO’s stance. The KNU has already signed the “nationwide ceasefire agreement” (NCA), so why did you come here? The stance of our KNDO is that we wanted to see a nationwide peace agreement on the right track. What’s happening now is that there was some pressure from the government, and the KNU had to sign the NCA. This was not a real nationwide ceasefire, it was a fake NCA. For our KNDO, we will continue to work with our alliance of ethnic armed forces to reach a real nationwide agreement. END_OF_DOCUMENT_TOKEN_TO_BE_REPLACED

FULL SUPPORT !!!!
Riposte to Article in EBO Briefing Paper No. 8, dated August 2013
(August 15, 2013)
Virulently attacking the UNFC organized Ethnic Nationality Conference, which was held to enhance the National Reconciliation and Peace Building process of the non-Burman ethnicresistance forces and the political opposition, the Euro-Burma Office (EBO) reared its ugly headagain. With a sprinkling of twisted facts, half-truths and perverted logic, worthy of Nazi propaganda,in an article titled “Analysis of the UNFC Position” it slanders the UNFC and accuses the UNFC oftrying to represent all the ethnic nationality forces, playing a dangerous game and … 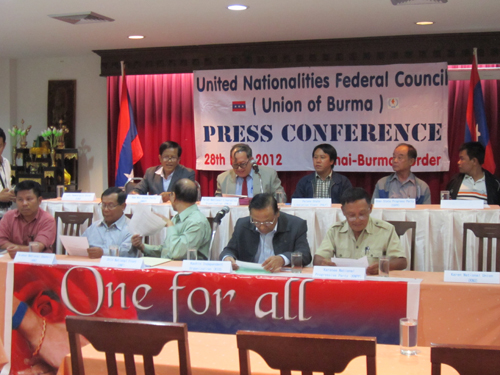 The Brussels-based Euro-Burma Office has issued a formal apology for reporting on its website last Friday that members of the National League for Democracy (NLD) in Meiktila were behind the violence that wracked the central Burmese city last week.

Harn Yawnghwe, the executive director of the Euro-Burma office, said that the claims were made by “usually reliable sources” and were posted verbatim without editing.

Harn Yawnghwe added that its purpose in posting the alert was to call for an end the violence between Muslims and Buddhists in Meikhtila, and “not to damage the reputation of the NLD.”

EBO is very concerned about recent violence in Burma – especially as there are concerns that it could turn into a Rwandan-like genocide.