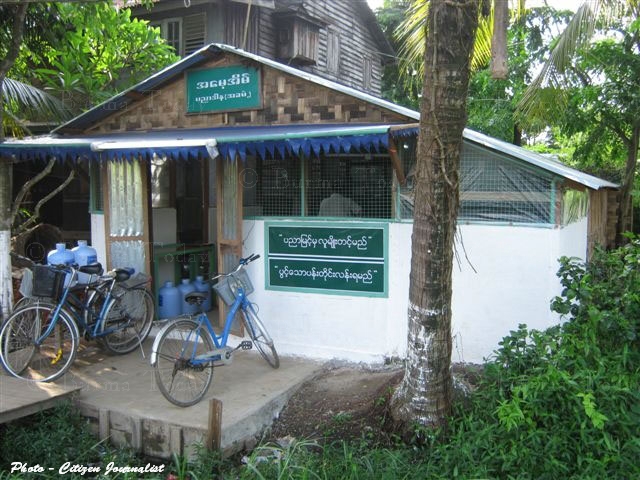 The present on the occasion were Col. Khur Ngern, Vice Chairman 2 of Restoration Council of the Shan State (RCSS), senior officers of RCSS, donors, teachers, students and invited guests.

Col. Khur Ngern and a donor made speeches related to the newly built school and Khu Hurng Fah spoke word of thank to the donors.

Afterwords, Col. Khur Ngern presented the certificate of honor to a representative of Child Dream group.

A single-storey new school is 108 meters in length, 8 meters in width with 12 class rooms. It was built of brick with the roof of zinc sheets. The Child Dream group has provided the financial assistance for the new school.

Aung San Suu Kyi’s National League for Democracy (NLD) has criticized the Burmese junta’s freshly recent budget for allocating to much of its funds to the military and not a sufficient amount to social services such as health and education.

A statement by the NLD on Friday also said the budget should not be decided by the outgoing ruling junta. The budget distribution must be settled and passed by the newly elected parliament.

The outgoing military regime endorsed the budget on January 27, just a few days before parliament met for the first time on January 31. The Government Gazette released by the incumbent military junta says that 1.8 trillion kyat (about $2 billion at free market rates of exchange), or 23.6 per cent of the budget this year will go to defense. The health sector, meanwhile, will get 99.5 billion kyat ($110 million), or 1.3 per cent. Education will obtain a4.3 per cent allotment.

Quoting Ministry of Commerce statistics, 7 Day News weekly journal reported that Burma exported goods valued at $5.5 billion and imported goods valued at $3.3 billion. A ministry official told the Journal that most of Burma’s export revenue came from selling natural gas, followed by jade, to Asian countries. Most of the income from exports are never used in the public sectors, especially in health and education. Those financial benefits constantly flow into the defense budget.

According to the NLD’s March 4 statement, the unlimited ‘Special Funds’ ope nto the commander-in-chief of the military – to safeguard national sovereignty and protect disintegration of the union – is totally unreasonable. The worst is that the decree says the military commander-in-chief will not be subject to questioning, explanation or auditing by any individual or organization concerning the use of ‘Special Funds’.

The funds, which actually as old as the military ruling, seem the carry-over practice of the military intelligence activities. As it is not transparent and counter check, the practice leads to corruption because responsible persons are not held accountable for those finances.

The budget is the government’s most important economic strategy and it presents a comprehensive proclamation of the nation’s priorities. Parliament, which is formed with representatives-elect, is the best proper place to guarantee that the budget goes with the nation’s needs with the available resources.

However, Burma’s current budgetary confusion clearly shows that the commander-in-chief of the military is above the president and the parliament. He’s also above the laws as he himself is the sole creator of the current ruling laws including the fiscal year 2011-2012 budget allotments.

The school, named ‘Mom’s Home’, is located on Maykha Street in Ward 13, in Hlaing Tharyar, in  a compound owned by a memer of the National League for Democracy (NLD).

‘The school has been opened for poor children and any child who cannot read and write well in Hlaing Tharyar Township’, school organiser Phyo Min Thein, a former chairman of the United Democratic Party, told Mizzima.

‘Today, more than 100 students in the area registered for classes. Not only poor children but also children who can attend government primary schools’, he said.

NLD members have volunteered to teach the students in accordance with the national curriculum on subjects including the Burmese language, English and mathematics.

The school will open preparatory classes for 10th   grade students when their exams are near and also provide special English language classes during the summer holidays, according to Phyo Min Thein.

Explaining the motivation behind opening the school, Phyo Min Thein said, ‘Aung San Suu Kyi told us to work for people in need’.

Most people in Hlaing Tharyar, located across the Hlaing River from downtown Rangoon, are poor and many children in the area do not attend school.