A government-appointed panel will visit Lee Peh island off Satun province on April 9-10 to try to work out a compromise settlement on land conflicts between the indigenous Le people and resort operators.
Admiral Surin Pikulthong, head of the panel, told Thai PBS that the conflicts stemmed from the issuance of land certificates by provincial land officials trespassing on the traditional land and even cemetery of the Le islanders or Sea Gypsies.

He said that the Le islanders have been living on their traditional land for over 100 years and they are now facing eviction from the new landowners who are mostly rich and powerful resort operators.

Although half of the island has been declared national park, it is dotted with hotels, resorts, restaurants and tour offices, he said, adding that land is scarce on the island and it now fetches between 10-20 million baht per rai.

About 300 families of the Sea Gypsies who have been evicted from their traditional land are now squeezed into narrow stripe sandwiched by resorts.

Mr Panapol Chivaserichon, the park chief, said that there were three influential land brokers who sold most of land on the island to resort developers and he suspected irregularity in the issuance of land certificates.

It was reported that one land certificate covers eight plots of land.

Meanwhile, some Sea Gypsies said they were forced to sell their land otherwise they safety might be in peril. cr. thaipbs 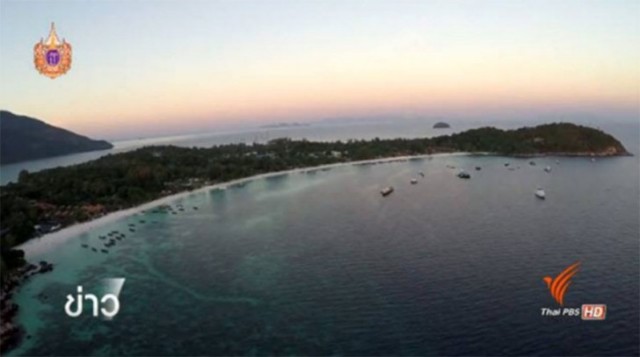 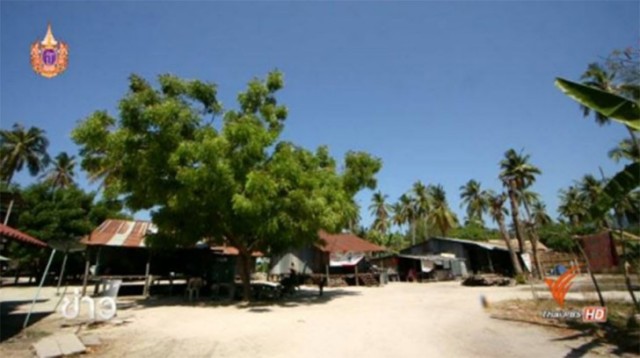 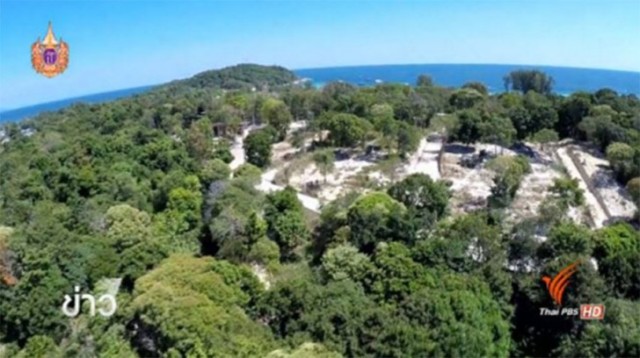 Australian Businessman Ellis Moate died in a fall from the rooftop of a house at Silom 7 from 17th floor of the building in Bangkok  and landed on a tennis court. 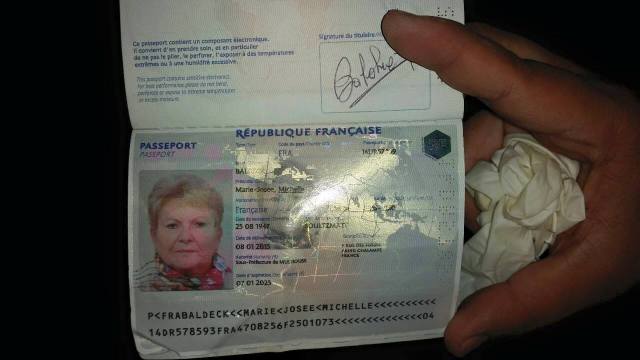 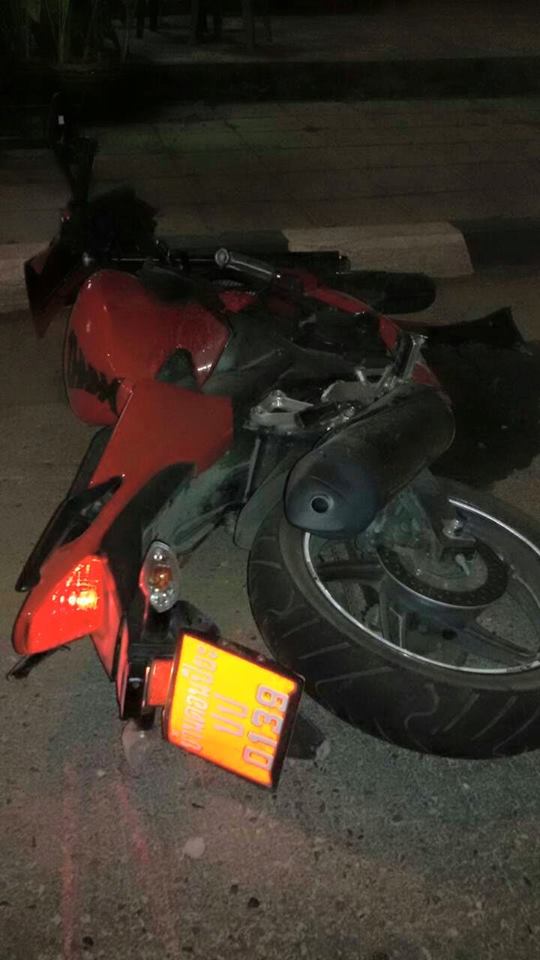 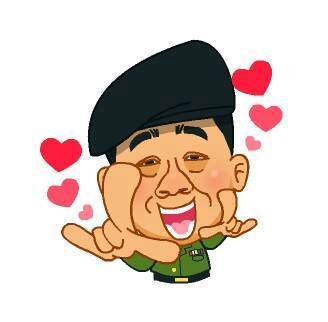 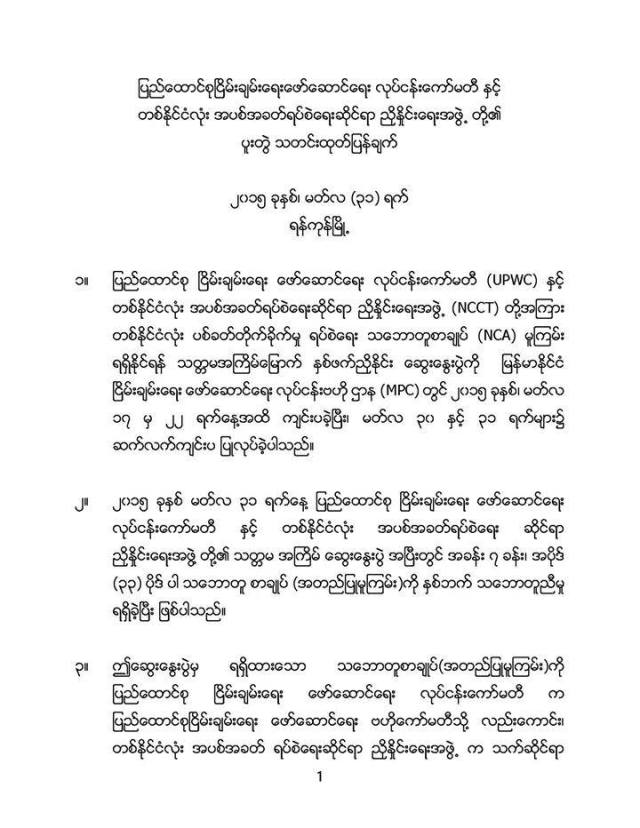 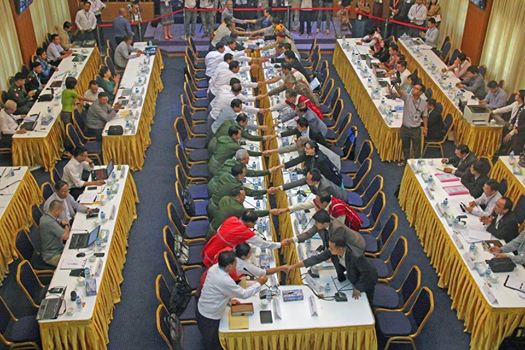 The talks have been complicated by renewed fighting in the Kokang region of Shan state, where ethnic Chinese rebels have engaged in fierce battles with Myanmar security forces since February. The Kokang rebels are not part of the peace negotiations. A deal has also remained exlusive with ethnic rebels in Kachin state.

The Union Peacemaking Working Committee (UPWC) and the Nationwide Ceasefire Coordination Team (NCCT) reached an agreement yesterday on a draft of the nationwide ceasefire deal after a series of meetings.
The agreement came shortly after the seventh round of ceasefire talks between the UPWC and NCCT. The parties discussed all points included in chapters 1 to 7 from March 17-22 in Yangon. They resumed talks on March 30 to discuss the remaining points after a seven-day break.
Hla Maung Shwe from the Myanmar Peace Centre (MPC) said at a press conference: “Both sides have agreed to all points in the ceasefire deal draft. Leaders from the two sides will meet again at 10am tomorrow. We will finalise all the agreed points. Leaders will sign a preliminary agreement after seeing the meeting documents.”
A coalition of ethnic militias formed the NCCT in early November 2013. The NCCT initiated ceasefire talks with the UPWC on November 4 and 5 that same year. There have been seven official meetings and a series of informal talks to date.
NCCT leader Naing Han Thar said: “There were many blockages at the beginning of the talks. The NCCT and the UPWC have reached an agreement on the ceasefire deal draft thanks to our patience and mutual understanding. But we need to further discuss some points. The NCCT alone has no authority to ink the nationwide ceasefire pact. We need to hold discussions on the agreed points by inviting leaders from all groups. These points are to be reported to the leaders at the meeting. Then, the leaders are to make decision on the agreed points.”
The NCCT plans to hold an armed national races group summit in April to seek the approval of ethnic minority leaders. However, the NCCT has yet to secure a venue for the summit, according to the NCCT.
Speaker of the Union parliament Thura Shwe Mann sent a congratulatory message to the negotiating parties in honour of yesterday’s talks. cr.EMG

The United Nations today praised a draft ceasefire deal aimed at ending Myanmar’s decades of civil war, hailing the text agreed between the government and an array of ethnic armed groups as “historic and significant”. The UN, which has acted as an observer to months of peace negotiations, said the tentative deal was a “milestone” for Myanmar, after the country’s president signed the draft national ceasefire with armed rebel groups today. “For the government of Myanmar and 16 Ethnic Armed Groups to reach a ceasefire agreement after more than sixty years of conflict is a historic and significant achievement,” it said in a statement on behalf of UN Special Adviser Vijay Nambiar. A full agreement can only be signed after a conference of the ethnic armed groups for which no date has yet been set. Myanmar’s quasi-civilian regime has set nationwide peace as a key goal of its reforms ahead of crucial elections expected in November. http://yangon.sites.unicnetwork.org/2015/03/31/statement-on-behalf-of-special-adviser-vijay-nambiar-2/ photocr.  Nyo Ohn Myint

Two police officers were injured in a roadside bomb explosion in Ruesor district of Narathiwat province this morning.
The two officers identified as Lance Corporals Hasan Poji and Yutaporn Silabutr. Both were admitted to Ruesor hospital.

The roadside bomb was detonated as the two officers were on a patrol on the road in front of a petrol station, about 400 metres off Ruesor police station.

Explosive Ordnance Disposal team arrived this morning to inspect the scene and sealed the area for clearance if there was still any bomb left behind to harm the EOD police.