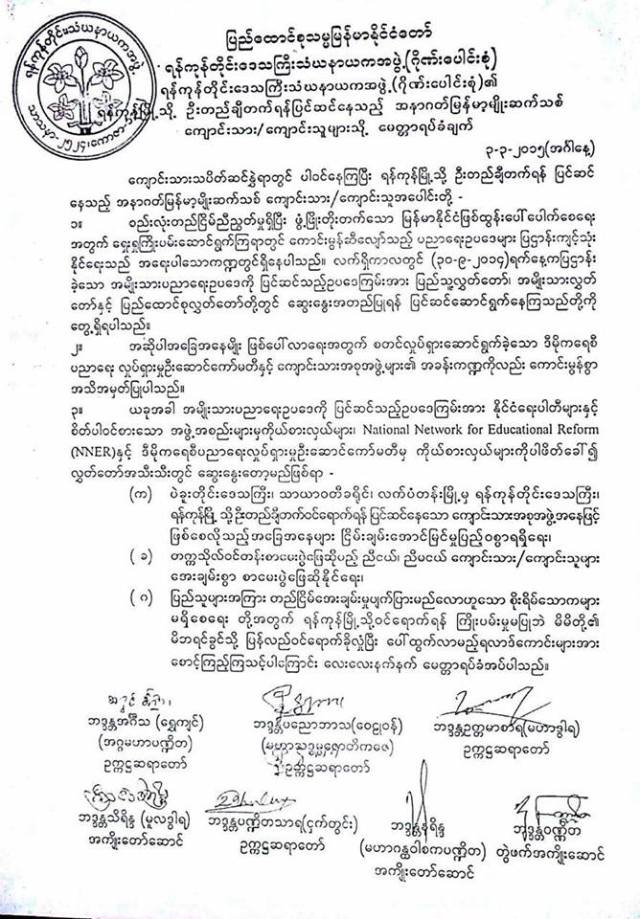 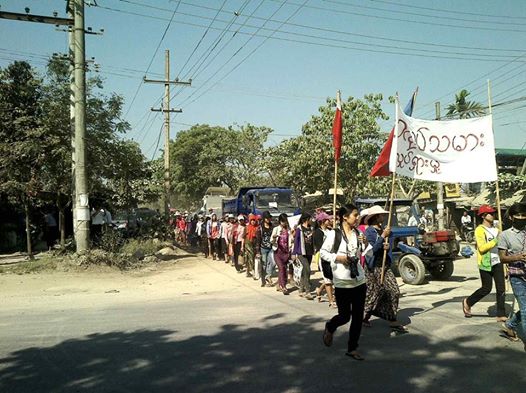 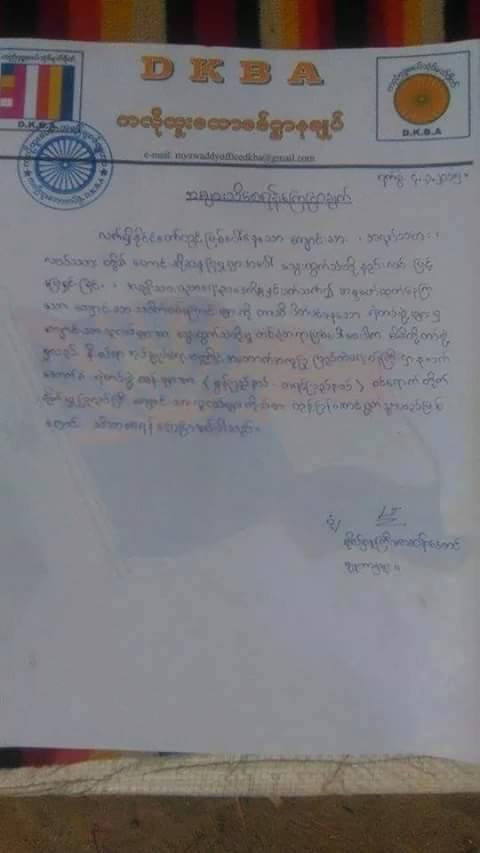 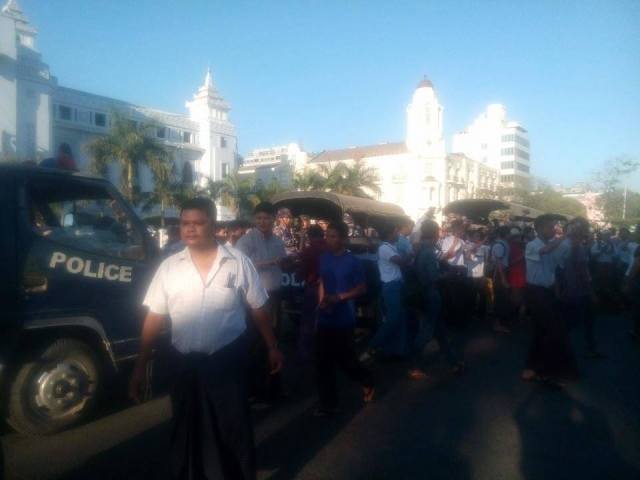 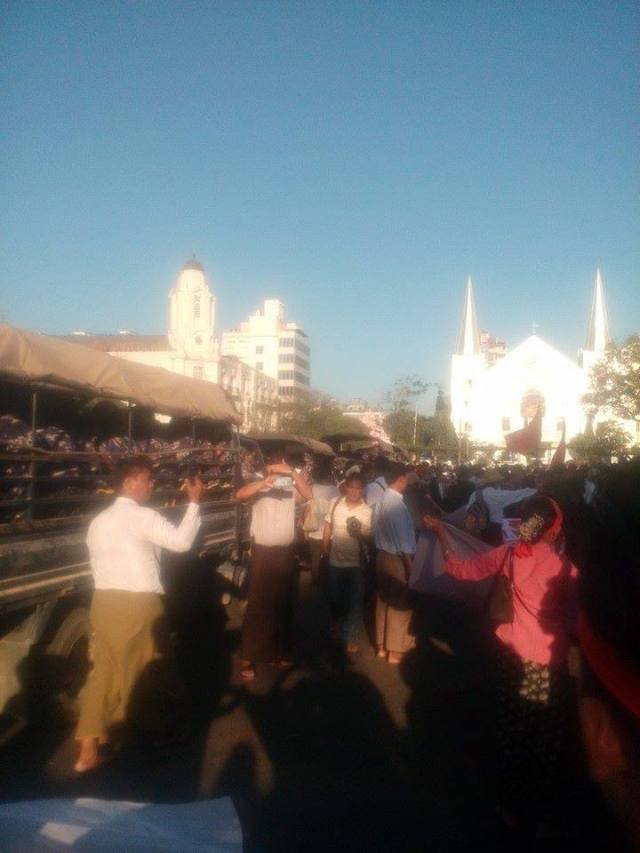 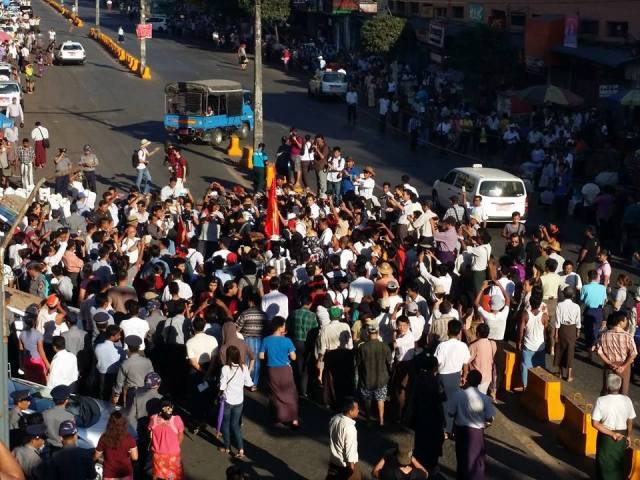 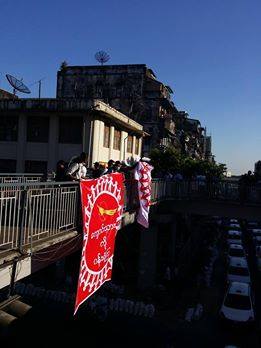 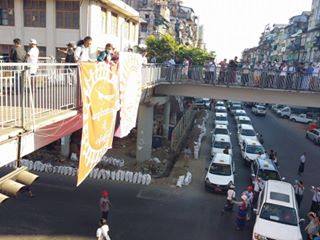 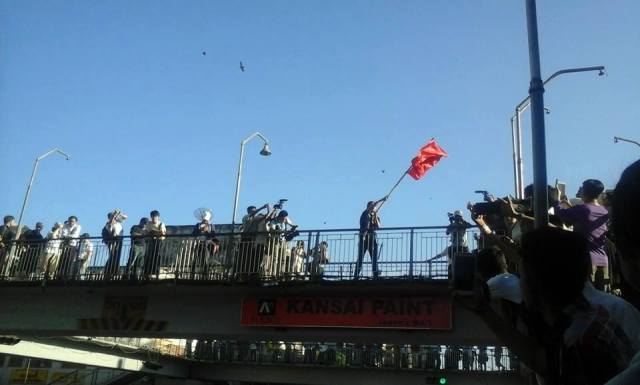 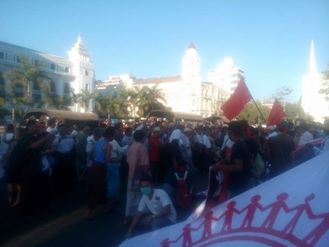 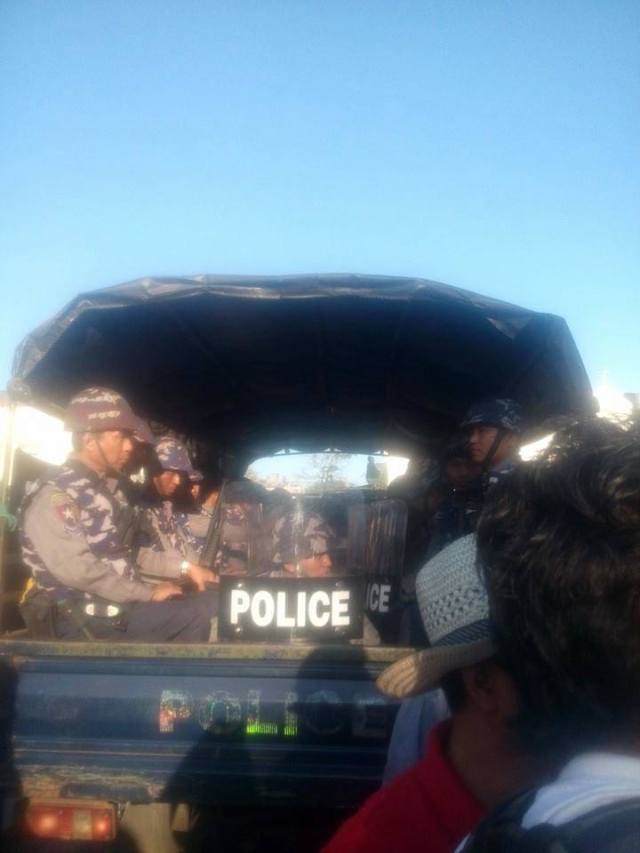 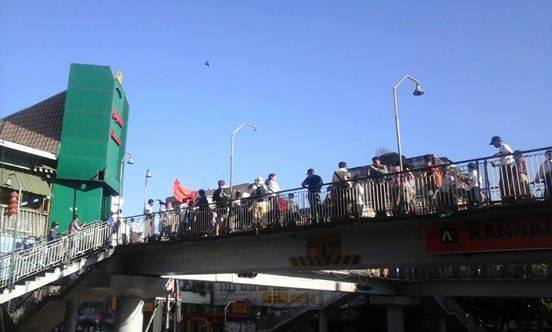 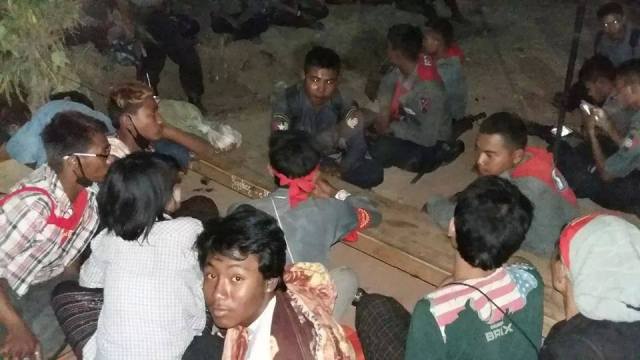 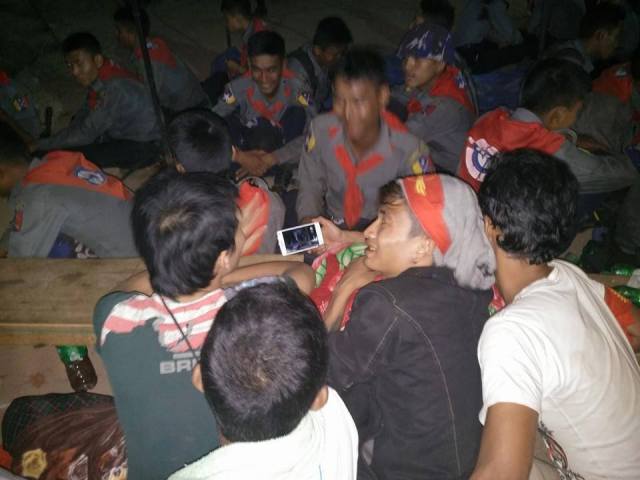 (1)
The student protest is gathering tensions in Latpadan. An enormous number of security forces are deployed, intended to disperse the protesters.
It was so great that the security forces confronting the ‘angry mob’ during the Meikhtila riot was made to be nothing. There were no sign of attempts to stop the mobs from burning, looting or killing. Back then, our reporter covering the riot was forced to flee even though he was on a fire-truck with a police officer.
Likewise, the ‘angry mob’ showed up during the violence clashes in Mandalay and Lasho. They destroyed and looted, yet the police failed to stop. We have evidences that the police failed and happened to let get away.
Why are they using a great amount of security forces to disperse the peaceful student protesters while they did not stop during the crises where many people were killed and houses were burnt or destroyed?. I now raise the question.
Even though the students from the main student march are asking for educational reforms, the main causes are political repressions of the last two decades. No matter who is behind the protest, it is the same predicament everyone is facing.
By the look of the forces deployed against the peaceful students, it seems they plan to repress the students’ and ultimately public’s new-gained political awareness at any costs.

(2)
The demonstrations of 1920, 1936 and 1938 were born of the great desire for independence. Students led the protests. Similarly, 1962 protest for bombing the Student Union building, 1974 U Thant protest and 1976 March protest of Mhine 100th anniversary were led by the students.
The general deprivation led to student protests and the death of Ko Phone Maw in March, 1988. (After the government announced the then-using bank notes illegal, the public suffered a great loss and most of the students could no longer effort education.)
Although it is a student protest, I do not deny the connection to political motives. All of the student struggles against dictatorial regimes have political sentiments. The current protest is no exception.
Apart from pro-dictators, dictatorial elements and elites, no one would object the student protests against authoritarian system. Everyone support the students.
Now, there are tensions between the authorities and students. That is a legacy of the authoritarian regime. However, I do not wish the horrors of 1988 uprising to be repeated. I want a peaceful solution. END_OF_DOCUMENT_TOKEN_TO_BE_REPLACED