Hundreds of people demonstrated in Yangon Myanmar’s biggest city on Wednesday to protest a government decision to allow people without full citizenship including members of the Bengail,”Rohingya”  minority to vote in an upcoming constitutional referendum.

Most Muslim Bengali “Rohingya” are not citizens and prejudice against them is high in the predominantly Buddhist nation.The temporary identification cards popularly called ‘white cards’ were created by the former military regime for the 2010 elections in which it relinquished power to a nominally civilian government though under heavy army influence. An army-backed political party won seats in areas with sizable numbers of white card holders.’White card holders are not citizens and those who are non-citizens don’t have the right to vote in other countries. This is just a ploy by politicians to win votes’ said Buddhist monk Shin Thumana. 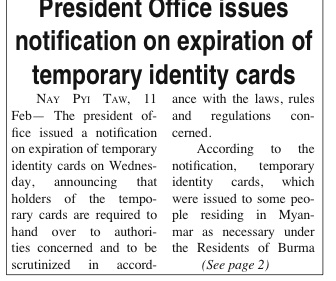 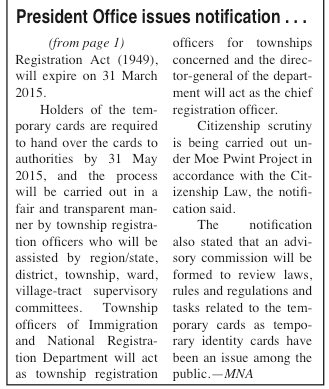