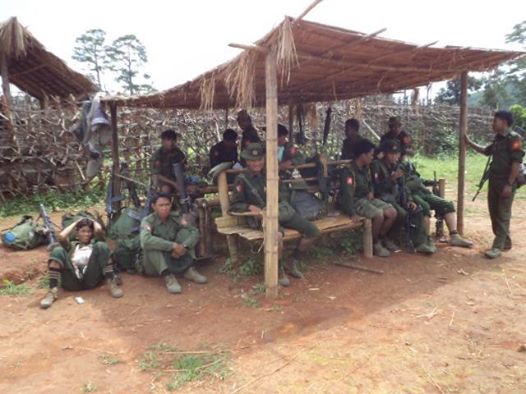 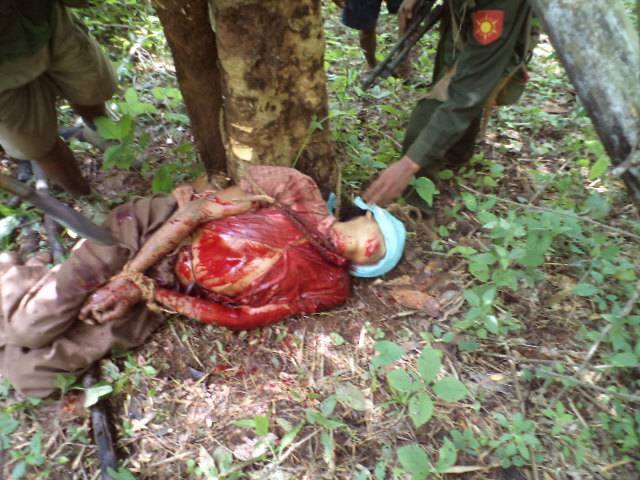 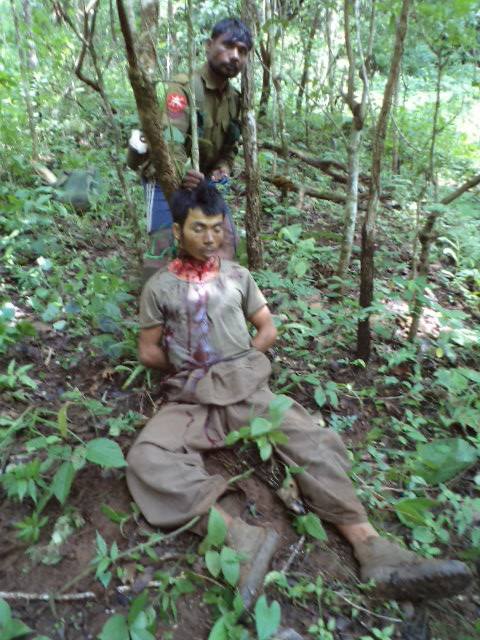 On August 10, 2011 the Nong Khio based Burma Army LIB 114 under the command of Battalion 55 based in Kalaw, Southern Shan State, carried out a major offensive targeting the bases of the Shan State Progressive Party/Shan State Army (SSPP/SSA) around Ta Pha Saung, Ke See township. During their military operation, they found a villager called Loong Mon by a stream and killed him. After that, they arrested another village, Sai Tun Khin, tied him to a tree and killed him by slitting his throat, according to one of the local villagers.

“The day that they were arrested and killed was on August 10th 2011. One of the Burmese soldiers from the group that had returned from seizing the SSPP/SSA base came to that village and asked the villagers to go and check whether the man that was killed was one of their villagers or not. That Burmese soldier said: the man said he was from this village, but when we asked him the name of the head monk of this village temple, he couldn’t tell us. So our commanding officer said he is a Shan soldier and on his orders that man was killed,” said a local leader who prefers to remain unnamed.

After the Burma Army troops left the village, the villagers and the local monks went to collect the two villagers’ dead bodies and buried them, conducting a religious ceremony. END_OF_DOCUMENT_TOKEN_TO_BE_REPLACED

Military MPs agreed not to amend Section 436 and Section 59 (F) in the 2008 Constitution – the key points that will reduce the military power as well as allow opposition leader Aung San Suu Kyi to contest in the presidential race.
During the discussions in Union Assembly on November 13, 21 committee members out of 31 voted against the proposed amendments. According to Brig-Gen Tint San Naing, the other five suggested wording amendments in the section.
Suggesting a change in wording, military MP Brig-Gen Khin Maung Aye said the sections concerning the military are still suitable for the current conditions.
“The Constitution has been used for just four years. We need thorough analysis before amending it,” said MP Brig-Gen Maung Maung.
“If the Constitution is amended frequently and easily, national policies will not be strong and will lead to confusion in the country’s development and national interests. So, Section 436 (A) and (B) should not be amended,” he added. CR. ELEVEN MEDIA 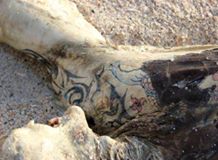 18/11.The body of Swiss tourist, Hanspeter Suter, 44, who went missing since Saturday evening of November 8 from Koh Tao was found on the shore in Lang Suan district of Chumphon this morning.

Lamare station police confirmed the body on the shore in Lamare beach belonged to Mr Hanspeter as all identifications they were earlier given by police in Phangan island matched those on the body.

Lamare station police said villagers at Lamare beach found the body of a foreigner being washed ashore on Lamare beach.

All identifications on the dead body matched those being given earlier to them by the police in Phangan Island who sought their help to look for missing Swiss tourist from Koh Tao since November 8.

They said identifications such as tattoo on the back, a gold teeth on upper jaw, wearing orange shorts and black shoes matched with the body on the beach.

They said the body of Mr Hanspeter was being sent to Surat Thani hospital for forensic examination this afternoon.

One of his friends Michael Phillip Klissing will also go to the hospital to identify the body.

Three days before he went missing, he was told by a doctor that he should not swim because it could lead to blindness.

Police said Mr Suter was under stress and did not have any money.

He rented snorkelling gear from a shop on the beach late Saturday.

He left his passport and personal items there, but did not take a life jacket with him. He did not return to the shop since then.

Sairee Beach is the same area where two British tourists, Hannah Witheridge and David Miller, were murdered in September.

Deputy commander of Surat Thani police Pol.Col. Sonthichai Arwattanakullathep said yesterday that a forensic examination revealed that the unidentified body is not Hanspeter Suter, who went missing on 8 November. Police have yet to identify the dead body that was found on 14 November, though Pol.Col. Sonthichai speculated that the deceased may have been European because “the body has a tattoo that’s popular among Europeans.”

The body of a man suspected to be the missing Swiss tourist was found on the beach in Khanom district of Nakhon Si Thammarat Friday morning.
The body was badly decomposed and could not be identified. However, his blue plant is still on and there are two wrist bands and tattoos are still visible on his arms.

61-year old Mr Chamnong Srisang stumbled on the body swept on the beach as he was jogging. He then alerted the police who quickly arrived at the scene with rescue workers.

Police prohibited the rescue workers from posting the body on the social media until it could be determined who he was. The body was later sent to the forensic medicine centre in Surat Thani for examination and identification.

It was initially suspected that the body could belong to a Swiss tourist who went missing from Koh Tao in Surat Thani on November 8. THAIPBS

Two southern militants were killed and five surrendered in a fierce clash which broke out when a combined force of soldiers, police and volunteers encircled their hideout in Nong Chik district of Pattani province early Friday morning.
Two others narrowly escaped but troops are still on hot pursuit of the escapees.

The combined force of troops from the 24th Special Action Force based in Pattani, police and volunteers encircled a target at Ban Koknod village in Nong Chik following a tipoff that it was used as a hideout for the militants.

Gunshots were heard as government force moved closer in a pincer movement. After the gun battle, some militants managed to escape leaving behind two dead, one was identified as Rusari Berosameh.

They were later escorted to the Special Action Force base for questioning.

Authorities in the areas were placed on heightened alert with stepped up road checkpoints as they fear of revenges by the southern militants after their heavy loss today. photocr. แอดมินตร.สัมพันธ์ https://democracyforburma.wordpress.com/2014/11/14/อัพเดท-crime-หนองจิก-ปัตตานี/ 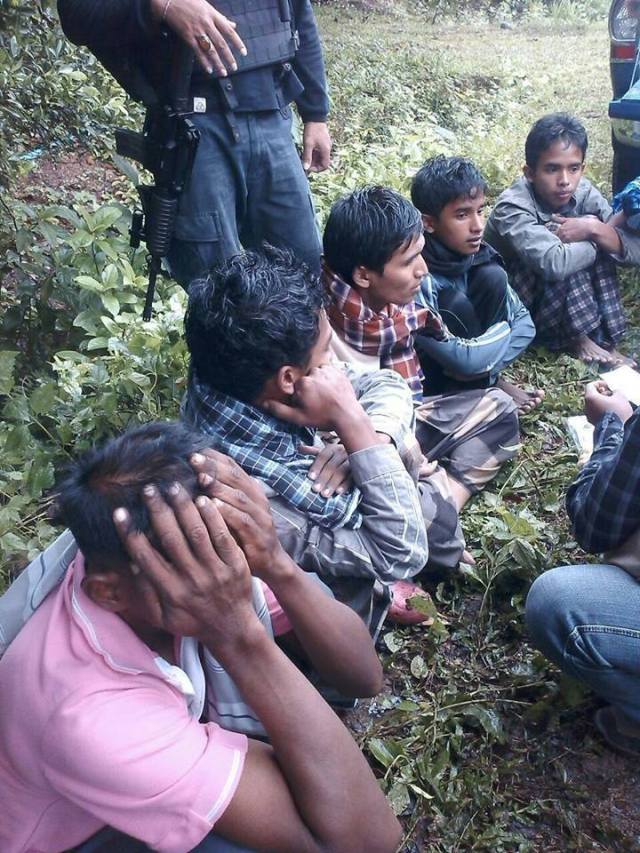 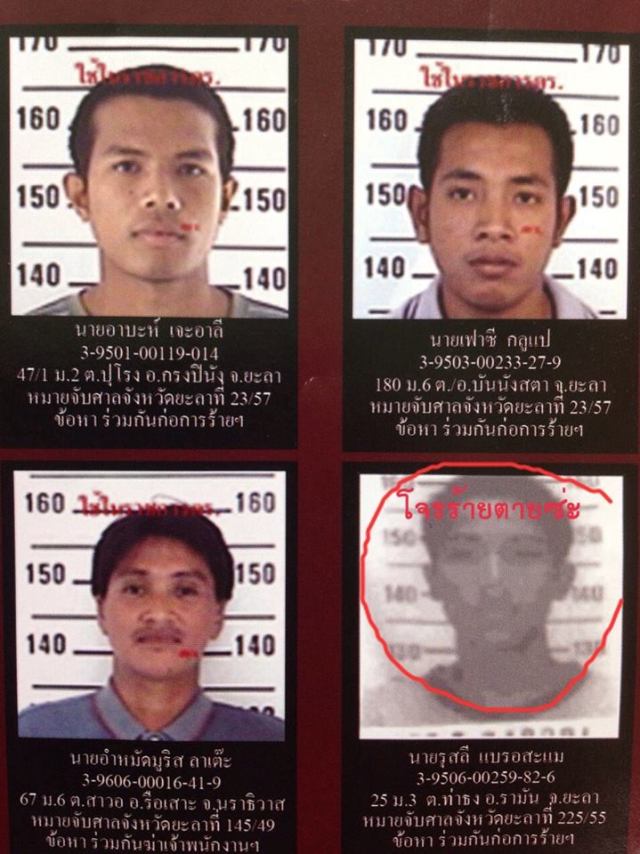 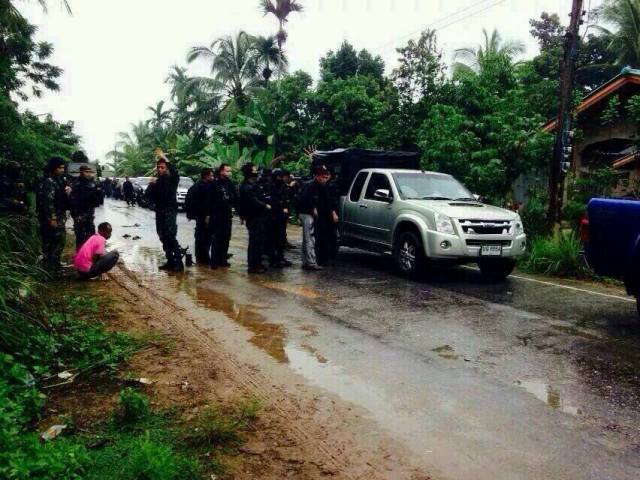 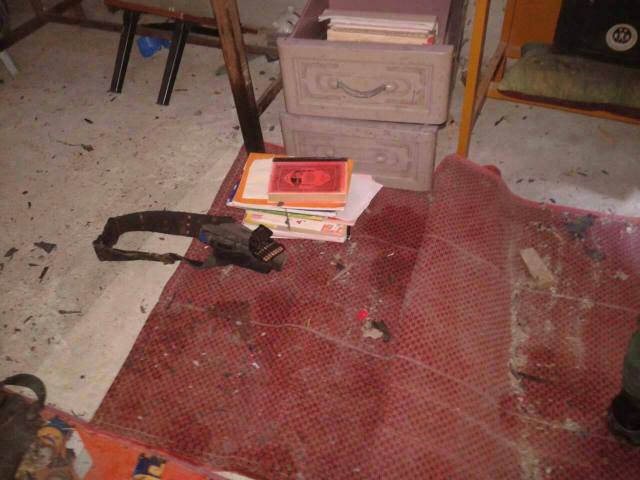 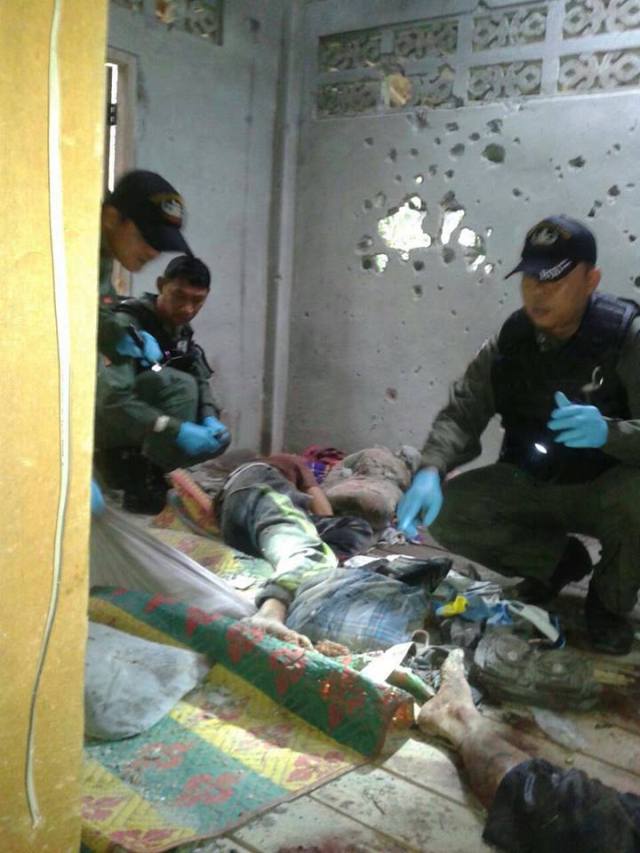