YANGON, Oct. 14 (Xinhua) –– Myanmar’s Mandalay regional police force has confiscated some documents related to a terrorist organization believed to have been left by a foreigner in a domestic scheduled flight, local sources said Tuesday.

The documents containing some details about Islamic State (IS) terrorist group were found by cleaners of the Kanbawza Airline at Thada Oo Airport of Mandalay when the flight stopped over there on its arranged schedule from Yangon to Heho via Nyaung Oo and Mandalay, the sources quoted the police as saying.

The passenger had dropped at Nyaung Oo airport before the documents were discovered, the sources added.

Investigations are underway over the case.

Earlier in the month, a video featuring Zawahiri describing the launch of a new branch in the Indian subcontinent with the aim of expanding jihad to the region was released.

Following Al-Qaida’s statement, the Burmese Muslim Association (BMA) denied to accept it, urging people to live together in harmony regardless of racial and religious differences and calling on the government to prevent sharing of terrorism belief in the country through systematic programs.

Precautionary measures have been reportedly taken by armed forces to beef up check points and monitor infiltration of terrorists.7

“The documents are information that is freely available on the internet, we believe the documents were left by a foreigner,” said the Lt Col.

“We have questioned an Australian citizen in relationship to the case,” he added “but the individual said he did not sit in that seat and the papers were not his.”

“We are continuing our investigations into other persons who were aboard the flight.”

Airline security has been reportedly stepped up in recent months, particularly after the September 3 release of a video featuring al-Qaeda leader Ayman al-Zawahiri announcing the formations of ‘al-Qaeda in the Sub-continent’. CR, MIZZZIMA. 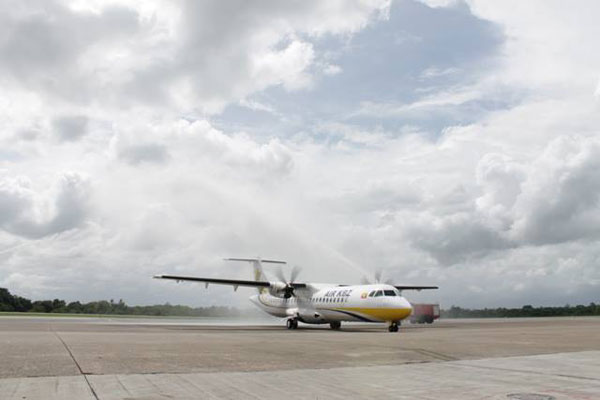