I wrote this article after hearing U Ye Htut’s answer given during the inauguration as the Union Minister for Ministry of Information in the parliament on September 22.
I would like to tell about the response of Ye Htut regarding the fight against corruption written by Ko Marn Thu Shein carried in The Daily Eleven newspaper issued on September 21. Such piece of our writing is not aimed at our personal feeling, but it spotlights bribery and corruption rising in the government. Despite the media is pointing out corruption, the government is turning a blind eye. The Speaker of Upper House pointed it out, yet in vain. Accordingly, the media is giving clear-cut expression to the readers—why are you smoke-screening! For whom or which organisation!
If truth be told, budget has been higher than the past and so has corruption in the reign of President Thein Sein. U Thein Sein is unable to fight against the rise of corruption at all. All pointed out, the main weakness of the President was that he failed to take action against corrupted ministers in his cabinet.

I have to write the article giving explanations as you supposes it as personal issue regarding the Eleven Media Group amidst such criticisms and writings.
I am a main middleman between the Eleven Media Group and you. We had mutual e-mail contacts for manuscripts. You might have had such e-mails. At that time, Ye Htut wrote articles as an author. If the manuscripts were in line with our principles, we accepted them and put them in our journals. If not so, as you know much, how we rejected your articles. Manuscript contacts started in 2009. There were no manuscript contacts for articles starting late March 2012 until now. END_OF_DOCUMENT_TOKEN_TO_BE_REPLACED

BANGKOK, Sept 25 — Gen Prayut Chan-o-cha plans to visit Myanmar next month as his first destination of international trips to introduce himself as Thailand’s new prime minister.

Thai ambassador to Yangon Pisanu Suvanajata said the prime minister would visit Myanmar first because it i the ASEAN chair, borders Thailand and always has had good ties with Thailand.

Mr Pisanu said at present the staff at all Thai embassies are arranging for the prime minister’s visit schedule with the authorities in the capitals of the respective countries.

He said Myanmar looks forward to Gen Prayut’s visit but the prime minister’s staff has yet to inform him of the exact dates of the arrival.

The ambassador expects the visit to take place in mid-October.

He said that Gen Prayut would call on Myanmar President Thein Sein in Nay Pyi Taw and meet Thai business operators in Yangon.

There are about 2,000 Thai business community members including those running small- and medium-sized enterprises, technology businesses and branches of big companies in Thailand.

Asked whether Gen Prayut would meet National League for Democracy Party chair Aung San Suu Kyi, Mr Pisanu said he did not receive confirmation of that.

The ambassador said in principle the new prime minister would mainly introduce himself and push for international relations on his overseas trips and internal politics would not be relevant. (MCOT)

JUST TO LET YOU KNOW AS NON MUSLIMS : AFTER TSUNAMI more than $6-billion in foreign aid and reconstruction money been directed to Aceh !!

A draft of the local criminal code known as Qanun Jinayat, obtained by the Jakarta Globe includes a clause that stipulates that a non-Muslim caught violating Shariah would be given the option of being tried at a Shariah court or at a regular court, based on the national criminal code.

However, if the act is considered a crime under Shariah but not under the national criminal code, even non-Muslim violators would be tried based on the regulations stipulated in the Qanun Jinayat.

The maximum punishment under the Shariah-based code is 200 strokes of the cane, a fine worth the price of 2 kilograms of gold or 200 months in jail.

Convicted child rapists, for instance, would face punishment of 150-200 strokes of the cane or a fine of between 1.5kg and 2kg of gold or a prison sentence of 150 to 200 months.

Engaging in homosexual acts — which is not a crime under the national criminal code — would fall under the category of unlawful sexual intercourse, or zina , which is punishable by a maximum of 100 lashes, a kilogram of gold or 100 months in jail.

Buying or carrying alcoholic beverages — also allowed elsewhere in the country — would result in at least 10 strokes of the cane or 10 months in prison, with a maximum fine of 100 grams of gold.

Without much fanfare, the Aceh provincial administration and legislative council have approved the Qanun Jinayat (behavior-governing bylaw) that obliges every Muslim and non-Muslim in Aceh to follow sharia, the Islamic legal code.

“The qanun does indeed oblige everyone in Aceh to follow sharia without exception,” councilor Abdulah Saleh, who was involved in the deliberation of the qanun in the council, confirmed on Thursday.

Right activists on Tuesday expressed serious concerns about a proposed bylaw that would impose a Shariah-based criminal code on non-Muslims in Aceh.

“Don’t allow Islamic Shariah to curb civil rights, especially if it is forcefully applied to non-Muslims,” Bonar Tigor Naipospos, deputy chairman of human rights watchdog Setara Institute, told the Jakarta Globe on Tuesday. As a possible solution, he explained that two legal systems could be in place at the same time: local laws and national laws, but he added: “People should be able to choose.” 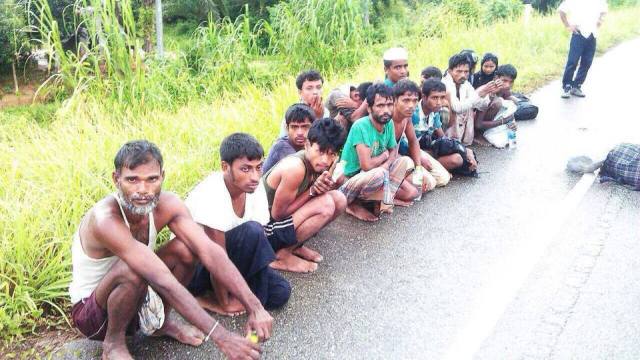 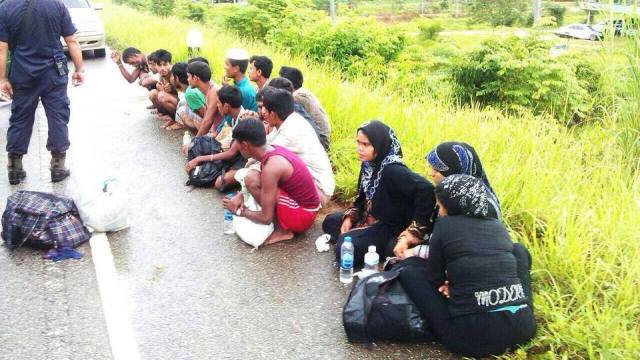