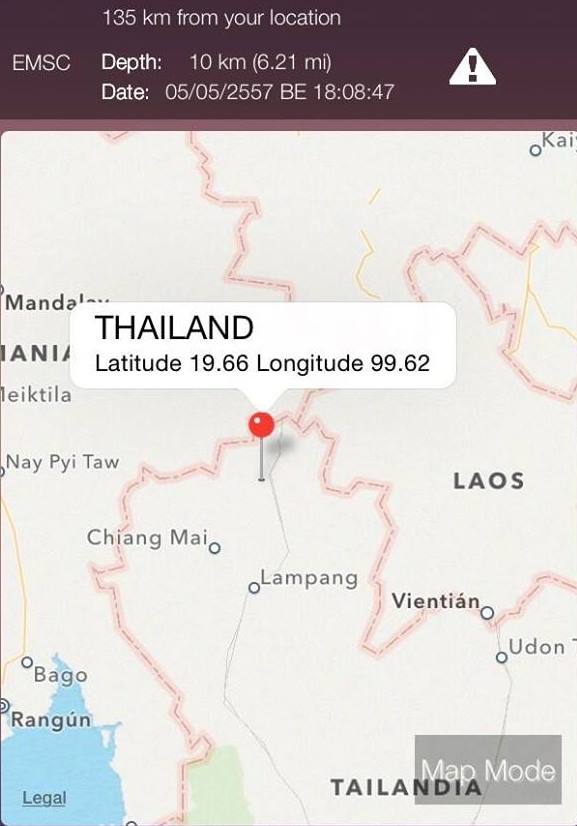 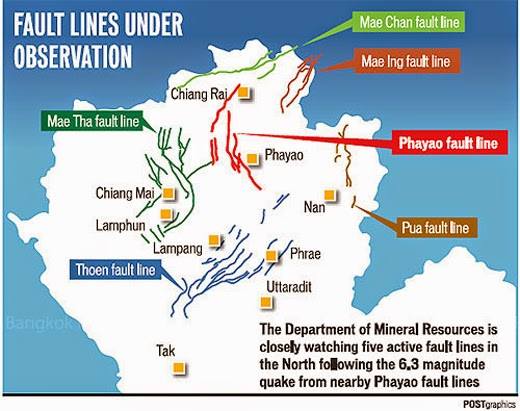 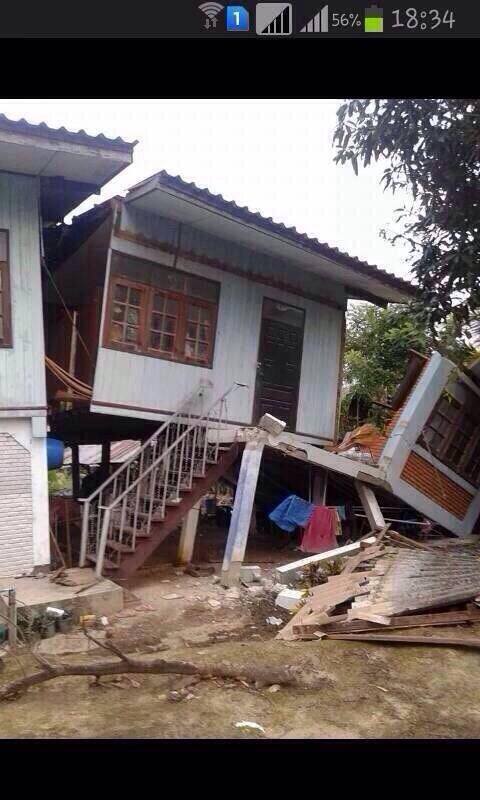 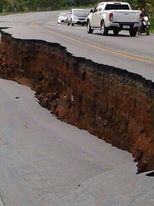 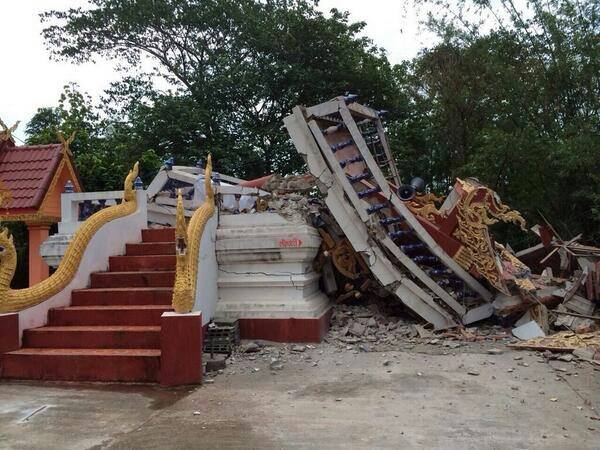 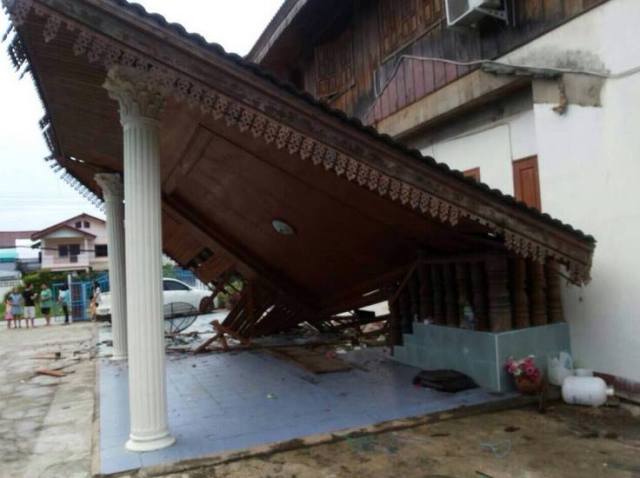 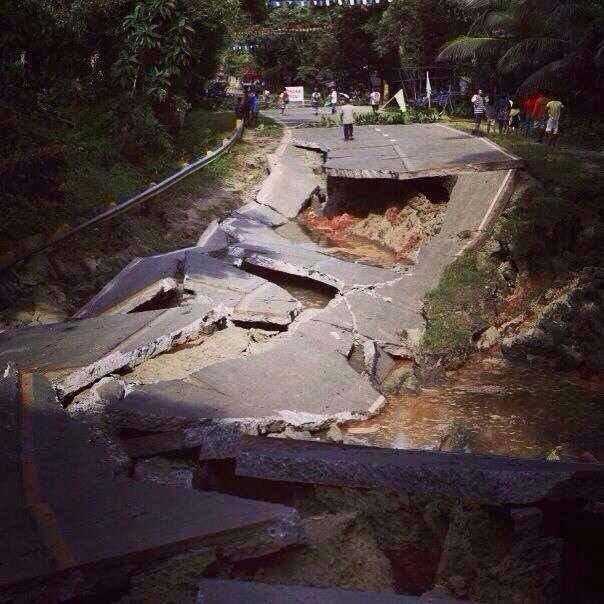 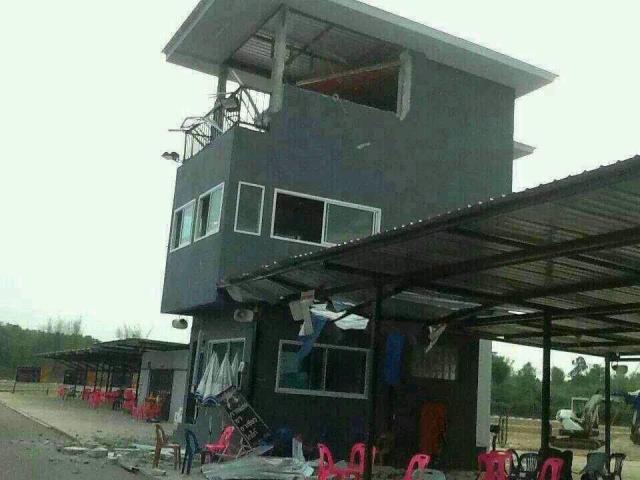 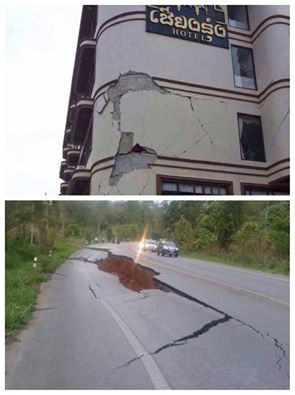 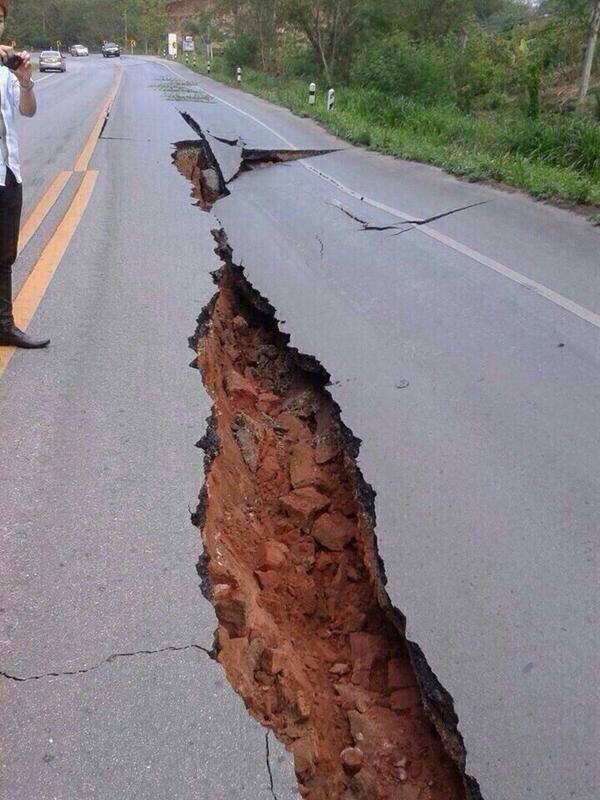 A 6.1 magnitude quake struck Chiang Rai province at 6.08 p.m. Monday night, causing extensive damage to properties in the northern provinces.
The earthquake with its epi-center in Phan distric at the depth of 10 kilometers was felt by people living on high-rise buildings in Bangkok with many of them reporting objects falling from shelves and people and tourists in Chiang Mai and Chiang Rai provinces running out to the streets from hotels.Many roads, such as the Mae Lao – Mae Sruai highway, suffered major damage and many homes developed cracks as a result of the quake 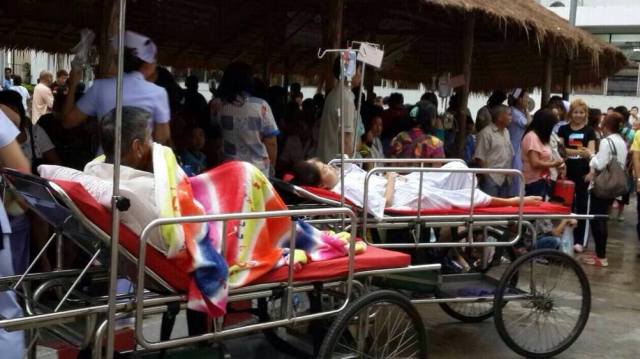 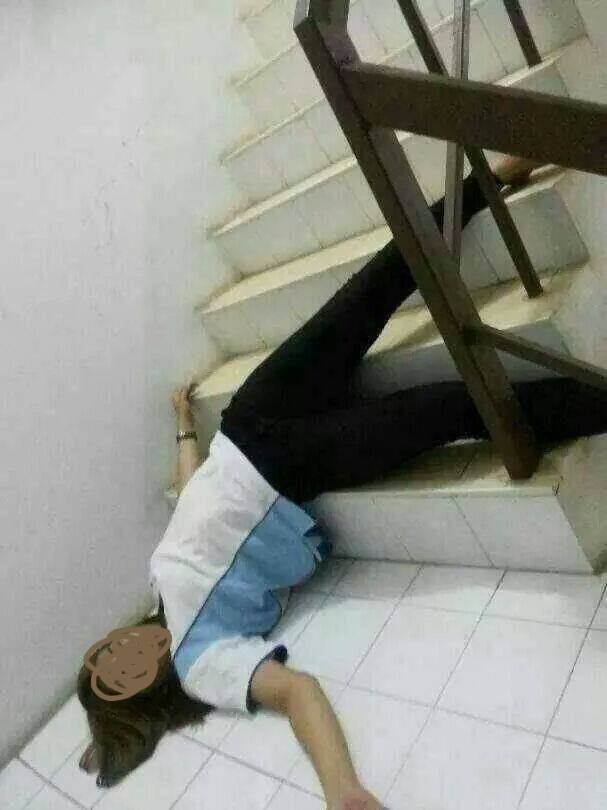 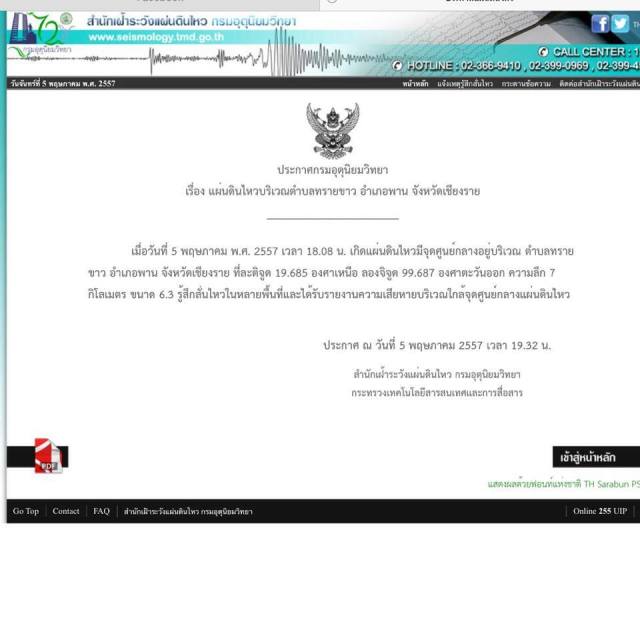