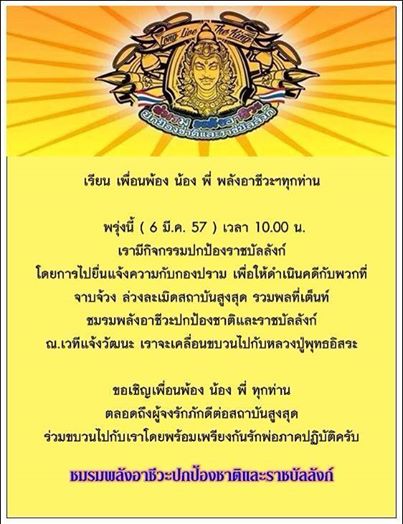 เสธ.อู๊ด
TPBS   President of Indian-Thai Business Association Satish Sehgal will tomorrow (Thursday) submit a petition to His Majesty the King seeking reprieve against his deportation for his active involvement with the anti-government protest movement.

The planned petitition tomorrow by Mr Satish followed a notification he received from the Indian Embassy in Bangkok that caretaker Interior Minister Charupong Ruangsuwan and Chalerm Yubamrung, director of Centre for Maintaining Peace and Order had already signed an order withdrawing the residential visa of Mr Satish which will allow the police to arrest him and have him deported out of Thailand. 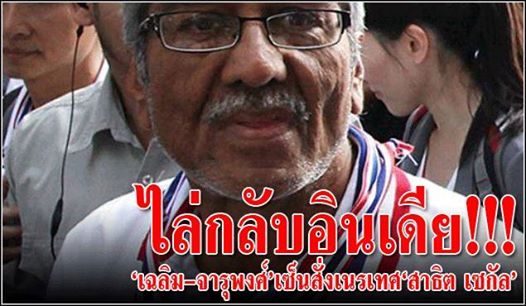 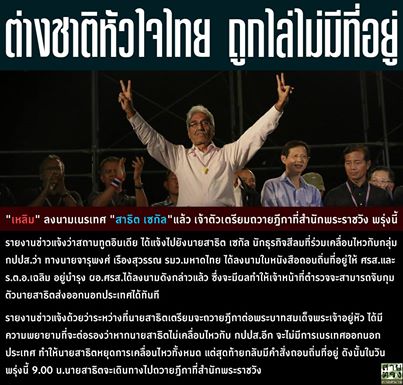 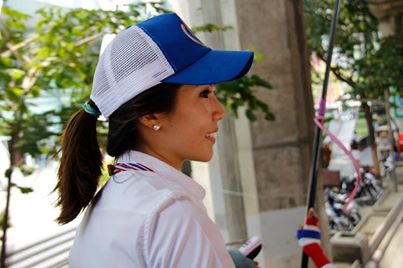 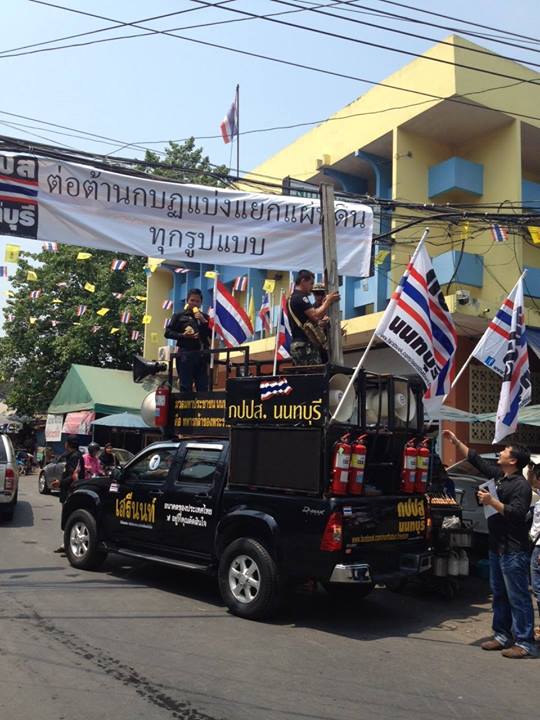 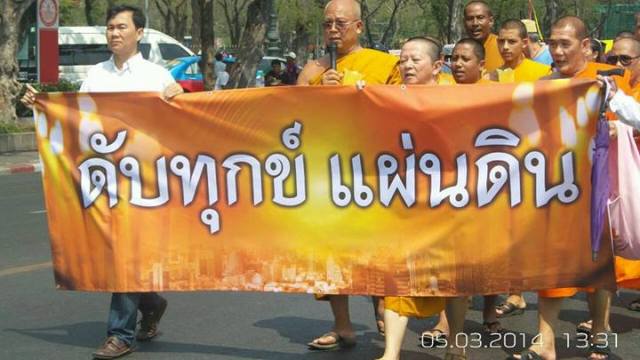 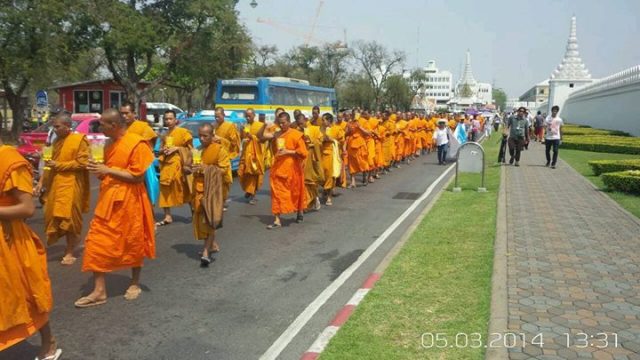 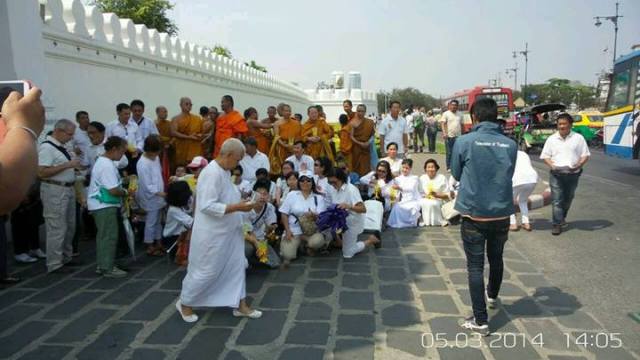 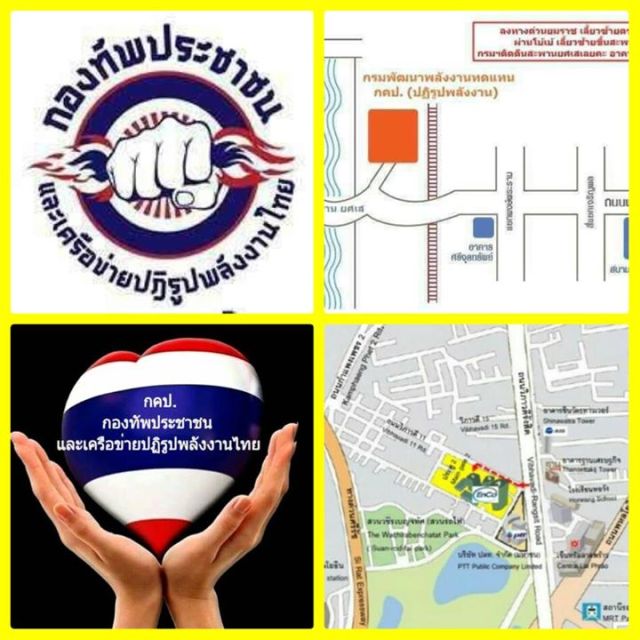 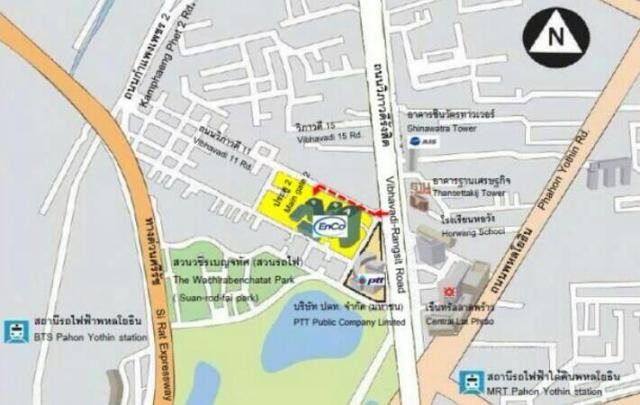 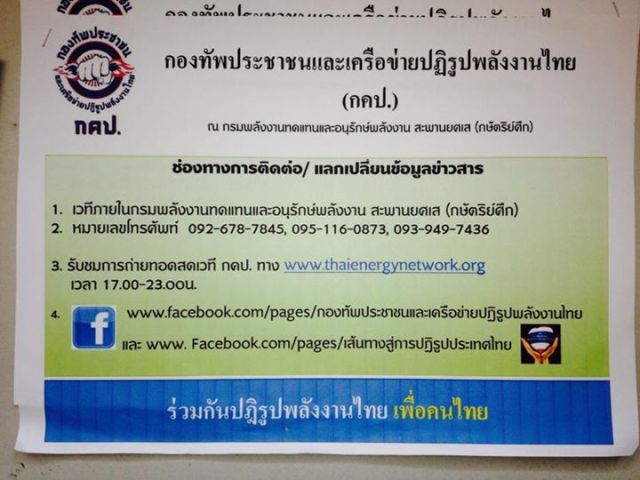 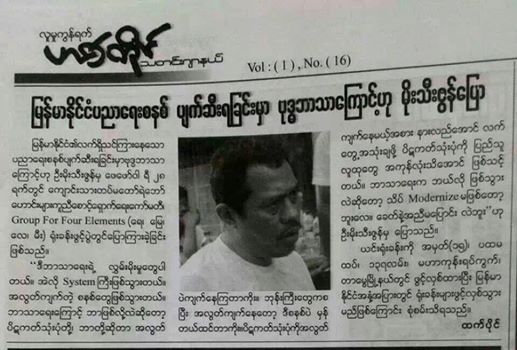 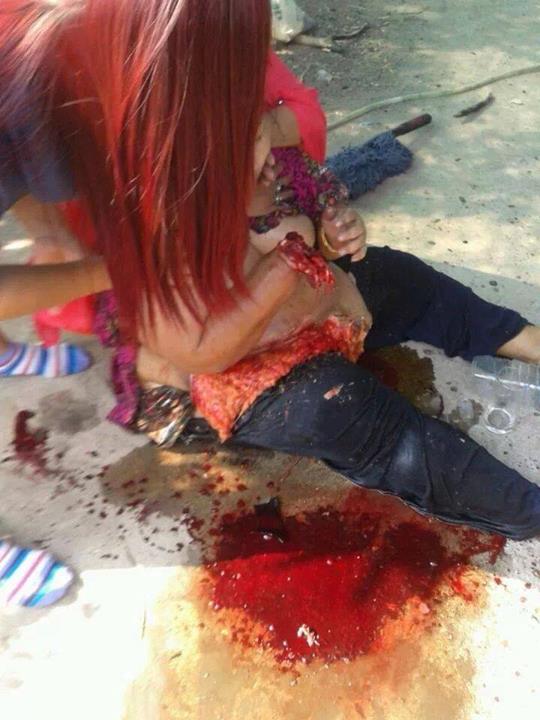 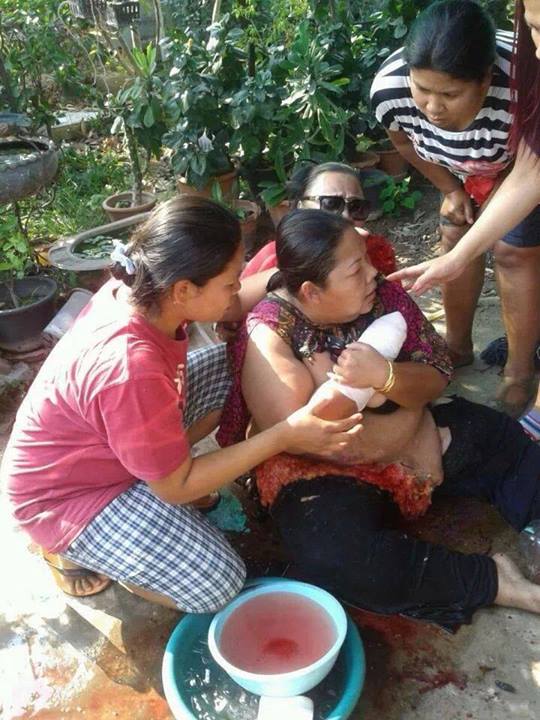 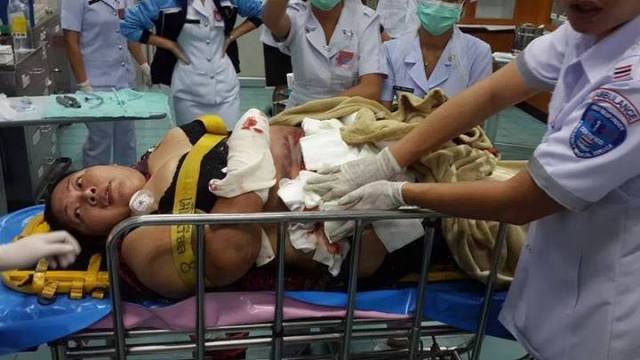 A memorandum of understanding (MoU) was signed by COFCO and the Foreign Trade Department. The move was aimed to release rice in the Thai government’s stockpiles and to increase the proportion of Thai rice in China.

COFCO is one of China’s state-owned food processing holding companies.

Foreign Trade Department’s director-general Surasak Riengkrue said department representatives were in China yesterday and today for rice purchase negotiations and closer trading relations between the two parties.
The meeting was a success, he said, for the MoU was signed, with rice to be shipped to China in a series of shipments within 12 months. The first lot of rice is to be transported from March to July at 400,000 tonnes, with the end of March aiming at 100,000 tonnes of rice to be delivered.

Mr Surasak said this MoU is a positive sign that China shows interests to buy more rice from Thailand.

The Foreign Trade Department will promote and invite Thai rice entrepreneurs to offer rice prices and improve rice quality to deliver to COFCO soonest as stated in the contract.

He added that Thailand is negotiating with other countries to sell more rice and expected to succeed in signing government-to-government agreements with several more countries.

The department also plans to release rice by inviting interested entrepreneurs to offer bids to buy rice in the government’s stockpiles next Monday at 500,000 tonnes. MCOT 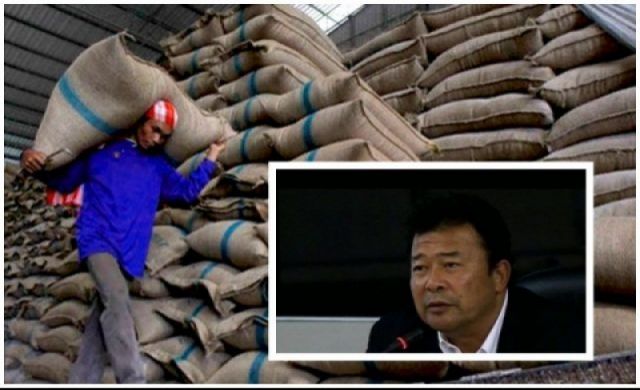 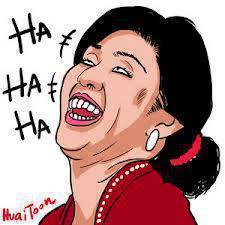 thaibps National Anti-Corruption Commission (NACC) is to file a criminal lawsuit against those who masterminded the red-shirt siege of its headquarters last week.

In a statement  released Tuesday, the NACC said it is investigating and is finding out  if any cabinet minister  or government figures in the caretaker government had ordered the siege of its office from February 26 to March 1.

If they were found to be involved, they could face criminal charges under Article 157 of the Criminal Code, it said.

The NACC  claims that it has a video clip showing certain ministers and government figures delivering speeches at a red-shirt rally in Nakhon Ratchasima on February 23. They were said to have ordered  the red shirts to protest against independent agencies and courts.

The Community Radio Operators network, a faction of the United Front for Democracy against Dictatorship (UDD), blocked the entrance to the NACC headquarters in Nonthaburi last Thursday in a move to stop the agency from considering a case against caretaker Prime Minister Yingluck Shinawatra  involving the controversial  rice-pledging scheme.

They  accused the NACC  unfair treatment and “double standards” for its investigation against Yingluck, while ignoring a similar probe against members of the previous Abhisit Vejjajiva administration. 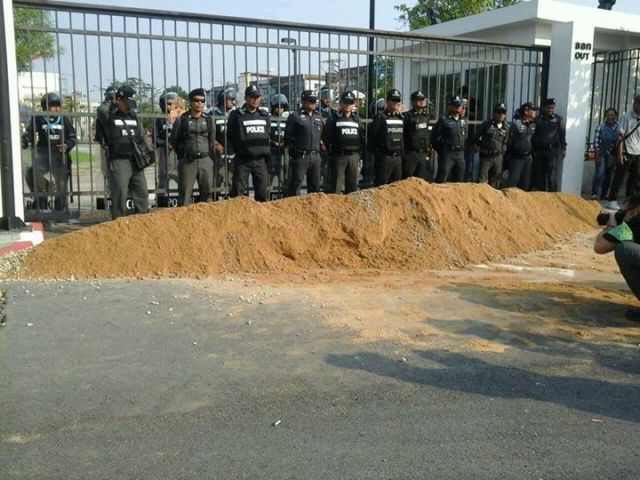 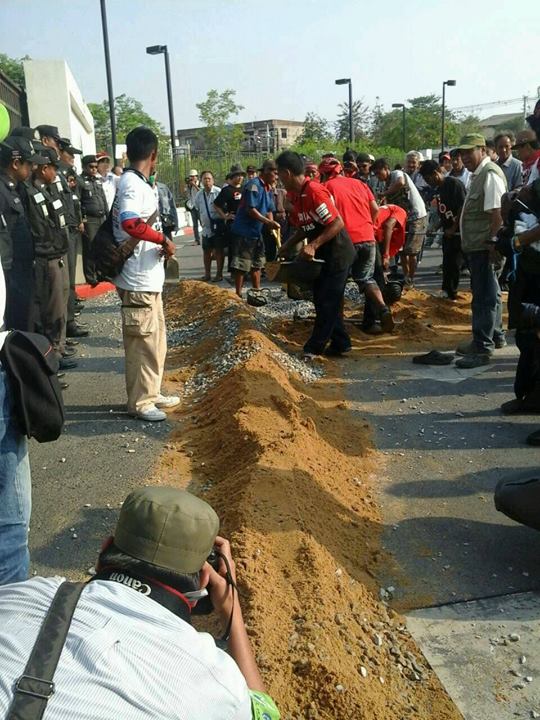