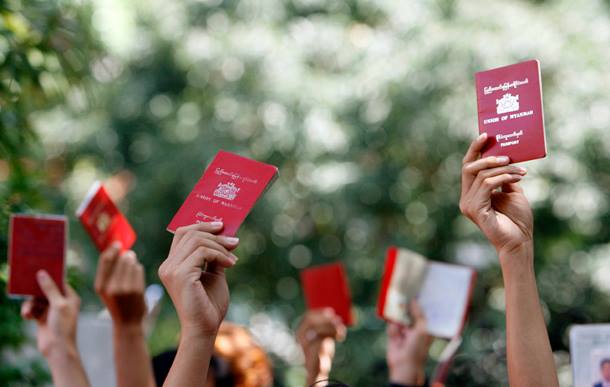 A one-stop service centre for Myanmar migrant workers whose visas have expired will be set up in December according to the Ministry of Labor, Employment and Social Security.

The centres will open at the Myanmar embassy in Thailand, as well as in border towns such as Mai Sai (Tarchileik), Maesot (Myawaddy), Khttkhee, Mautaung, and Ranaung (Kawthaung).

“We are going to open one service centres in border areas like Tarchileik and Myawaddy,” said  an unnamed official of the Ministry.

The Ministry of Labor, Employment and Social Security will issue a red passport instead of previous temporary passport for Myanmar migrant workers with expired visas. The workers need to come to the centres at the respective border areas with their I.D cards and other necessary papers.

There are over 30,000 Myanmar migrant workers whose visas have expired according to the Migrant Worker Right Network.

For the Myanmar workers to continue working in Thailand, an agreement has been made with Myanmar and Thailand. The agreement on opening one-stop service centres for the migrant workers was discussed at a Myanmar–Thai workers coordination meeting held in October.