The police were reprimanded by the Criminal Court Tuesday for distributing copies of the court’s warrant for the arrest of protest leader Suthep Thuagsuban to members of the public.

Hundreds of copies of the arrest warrant were air-dropped by a police helicopter into the protest sites on Tuesday.

The Ratchadapisek Criminal Court summoned Pol Col Pong Singmurin, superintendent of Thung Song Hong police, for an enquiry about the unlawful distribution of the arrest warrant which was deemed as a contempt of the court.

The court said that the warrant was only meant for the specific individual facing charges and was not meant for unauthorized persons.

The court then imposed a ban on the distribution of arrest warrants to unauthorized persons and notified the National Police Office to observe the ban.

According to the charges, Mr Suthep’s behaviour has created unrest, incited people to breach the law, organised gatherings of more than 10 people, and ordered attacks and intimidation against other people.

The statute of limitations is 20 years and the wrongdoer could face the death penalty or life imprisonment under Section 113 of the Criminal Code.

The Criminal Court later issued separate arrest warrants for four leaders of the Students and People Network for Thailand’s Reform for gatherings of more than 10 people, damaging and occupying other people’s property, attacking others with weapons, and seizing the Foreign Ministry. 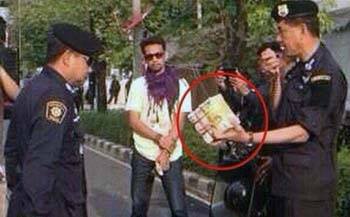 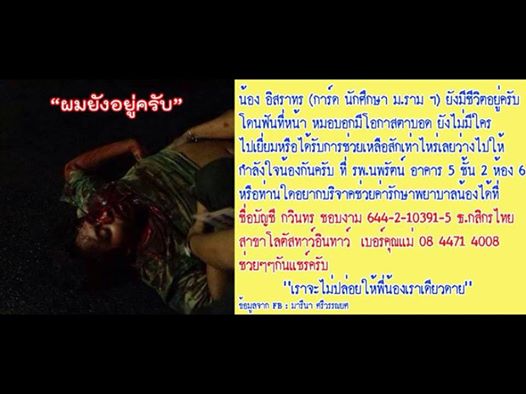 The Democrat party has accused Prime Minister Yingluck Shinawatra of ducking responsibility for the violence against Ramkhamhaeng Univeristy students  violence  and threatened to take actions against the government on six issues.

Party spokesman Chavanond Intharakomalasut said Tuesday that the party’s working committee headed by party leader Abhisit Vejjajiva assessed the political situation since the start of the protests against the government and concluded that the prime minister still remains aloof of all the problems and refuses to take any responsibility for the political crisis and violent incidents which took place during the monthlong protests.

The six issues that the Democrats will take actions include:

–         The police must investigate the shooting incidents at Ramkhamhaeng University in a straightforward manner.

–         The party will ask the Criminal court to withdraw bails for two red-shirt leaders, Jatuporn Promphan and Natthawut Saikua for their alleged role in inciting violence perpetrated by red-shirt followers.

–         The party will ask the National Anti-Corruption Commission to take legal actions against 312 senators and MPs for their role in amending the charter on Senate composition.

–         The party will inform international orgainsations about the police use of banned chemicals against the protesters.

–         The party will ask the National Human Rights Commission to investigate alleged human right violations by the government.

END_OF_DOCUMENT_TOKEN_TO_BE_REPLACED 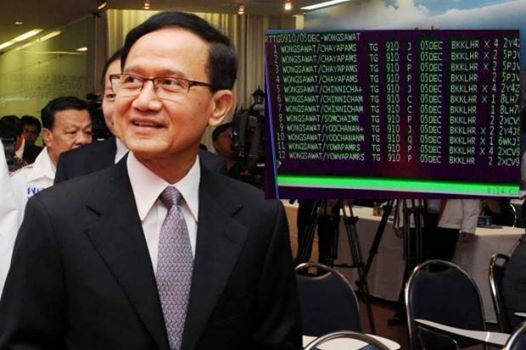 Police to open way for Chumpol Julsai and 50 protesters to enter Metropolitan police bureau.
Thavorn Sen-niem : we will be in Govt House until 2.00 pm. and go back to Ratchadamnoen avenue
Protesters have left Government House, heading back to Ratchadamnoen avenue.
A student who was critically injured by gunfire during the clashes between Ramkhamhaeng university students and red-shirt supporters died yesterday.

Thanasit Wiangkam, 22, was admitted to Phra Mongkutklao Hospital after he was shot on the head during the clashes Saturday night and Sunday morning at Ramkhamhaeng.

Thanasit’s death raised total death toll from the violence at Ramkhamhaeng to four.

Meanwhile the skeleton found at the burnt-out bus at Ramkhamhaeng was initially suspected to be human bone as an iPhone and belt buckle were found at the side the bones.

A woman has claimed the skeleton to be her 17-year-old son, however the police needed to investigate more if it was a false claim or not.

The statement said the two victims were shot by 9 m.m. caliber pistols . One was hit in the spine and now in critical condition. However it did not give details where the bullets were shot from.

But Public Health Minister Dr Pradit Sinthavanarong disclosed yesterday that two demonstrators and a reporter were shot with live bullets. Two of them were admitted to Ramathibodi hospital for treatment, one in critical condition.

He said that another injured was a Daily News reporter who was slightly injured  when a bullet narrowly missed his ear. He has now returned home, the minister said.

A total of 94 people were injured in yesterday clashes with the police, most of them were from tear gas, he said and insisted that the government has no policy to use live ammunition with the demonstrators.

He assured that the live bullets were not fired from the police defending Government office.

He also called on government officials, private sectors, the military staff to stop work and stop serving theThaksin regime tomorrow as the government has now lost its legitimacy to rule the country.

The ultimatum was revealed by the protest leader and televised live on state-run TV stations at 10.10 p.m.

Suthep claimed in the live TV broadcast that he met the prime minister at the presence of the commanders-in-chief of the three armed forces.

He told her before the three top brass of the armed forces of the need for the mass demonstration to uproot  the Thaksin regime because of the tremendous damages it had done to the country.

The damages and the widespread corruption the regime had done to the country as well as her government’ s rejection of the legitimacy of the Constitutional Court’s ruling  has enraged the people to the extent that they could not longer put up with the regime any longer, he said.

He then told the prime minister that dissolution of parliament  and her resignation paving the way for new election could not resolve the underlying deep-rooted problem as bad politicians under the Thaksin regime could return again. END_OF_DOCUMENT_TOKEN_TO_BE_REPLACED