Protesters in western Burma have caused two international non-governmental organizations (NGO) to leave a town after allegations that an aid group sided with Muslim Rohingyas in the recent clashes with local Buddhists. 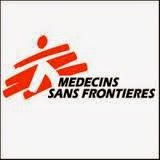 The protests started earlier this week following clashes near the town of Pauktaw.

Local Buddhists complained the group Doctors Without Borders, also known by its French acronym MSF, only gave assistance to three wounded Muslims and abandoned two wounded Rakhine women, one of whom later died of her injuries.

But a Rakhine-based MSF official, Michele Trinite, said his group was only advised that Muslim men had been wounded.

READ !!! Whether or not international aid organisations should operate in the repressive, authoritarian state of Myanmar provokes passionate debate. On one side are many exile groups and their supporters—predominantly based in Thailand, the US and the UK—who argue that it is impossible to provide aid inside Myanmar without strengthening the military regime.  https://democracyforburma.wordpress.com/2013/11/06/myanmar-burma-msf-holland-azg-golfing-with-generals-in-myanmar/
————–
“At no moment were we informed that there were these patients in the community that were in need of medical assistance. Otherwise, for sure, we would have supported them in the transfer to the hospital. As a medical organization, we don’t discriminate based on ethnicity or religion. We just support anyone who is in need of emergency medical care.”

International NGOs originally came to Rakhine State decades ago with the mandate of helping with the resettlement of Muslim returnees from Bangladesh under a U.N. Refugee Agency (UNHCR) project. However, they have started offering more diverse assistance in recent years, particularly after natural disasters and outbreaks of violence.

Sectarian violence has been an ongoing concern in Rakhine state since last year, when clashes between Muslims and Buddhists killed more than 200 people and left 140,000 homeless last year.

(This report was produced in collaboration with the VOA Burmese service.)