Myanmar’s three main international airports have become a major transfer hub for illegal narcotics, according to the chief of the Aviation Police Department.

“The detectors we use in the three airports are of the highest technology. We are planning to buy more modern equipment if it is available. We have uncovered narcotic drug cases mostly at these airports,” said Police Brigadier General Nay Win.

One of the largest shipments of narcotic drugs was found on the morning of October 7 in the departure lounge of Yangon International Airport.

Checking the luggage of Phyu Ou, airport security found approximately Ks 274 million worth of narcotic drugs labeled “WY” hidden inside 18 paper boxes of Myint Myint Wai & Kabar San pudding, along with a passport, round-trip ticket for Yangon-Bangkok-Dakar, US$400, a wallet, and a handset.

(Rathidaung, 29 October 2013): The Burma Army have detained at least 18 people from Bangladesh in Rathidaung township, 20 miles away from Arakan capital city Sittwe, while they were entering into the Burmese territory without valid documents by a machine boat, said a source in the authority.

A police officer from Long Chaung police station located near the spot said that the Burmese Army personnel detained 18 people from both Burma and Bangladesh on the last Sunday morning from nearby the Chaingkha Le village, located at southwestern part of  Rathedaung township.

“Some villagers from Chaingkha Le village informed an Army outpost stationed in the village about the group of people in a machine boat harbored on a bank near to their village creek. The security personnel quickly traced them with the help of local villagers,” informed the police officer.

A villager from Chaingkha Le village said that the Army had detained around 21 people, among them 12 were from Bangladesh and 9 from Maungdaw township of Burma, when they tried to enter the Burmese territory from Bangladesh by a machine boat.

Some of the passengers of the machine boat had however fled into the nearby jungle with fear of arrest by the Burmese authority. The security forces and local residents are still looking for those fleeing passengers.

The local source suspects that the machine boat was likely moving towards Malaysia with passengers from Burma and Bangladesh who would have tried to enter the country, but the bad weather had forced the boat-riders to enter into the Burmese territory for temporary solace.

(Yangon, 28 October 2013): Family members of 22 former military intelligence jailers, who have been serving their jail terms in various prisons of Burma since 2004, have appealed to the authority to release them on humanitarian ground, said an affected family member on the condition of anonymity.

“We have appealed to the highest authorities of Burma including the President to release the intelligence jailers on the humanitarian ground as our country is approaching for a democratic change. We hope they should be free now,” the family member said.

Though they said 22 former intelligence jailers are inside the bar, many of their colleagues including the former Prime Minster and intelligence chief U Khin Nyunt have been released in the recent years.

The family members issued the appeal through a letter dated 24 October 2013,which was circulated among some high placed officials including the President, vice-President, Country’s human rights commission, chairperson of Lower House Committee for Rule of Law, Peace and Tranquility in the Parliament, human rights defenders,  lawmakers, foreign embassies etc.

The family members argued in the letter that the present Burma government, as it is carrying out the democratic reform process  to achieve the goal for all round development, prosperity, peace and tranquility, should consider releasing those 22 intelligence jailers under humanitarian and sympathy ground.

Concerning Tuesday’s government announcement in the New Light of Myanmar, the public was informed of a hike in the price of electricity to be put into effect immediately. The announcement stated that: “In order to cover costs of producing and purchasing electricity to a certain context, Yangon City Electricity Supply Board has set the following unit prices to be charged as of electricity consumption in November 2013.”

Basically, it kindly informs us that the government plans to increase electricity bills by 40 percent for private households and up to double the current rate for businesses.

After the new government formed in 2011, the president made a promise to combat poverty. The average income per person is extremely low and people struggle to cover daily costs. Although reforms are underway, prices are high and people’s living standard is still low. Foreign investment has not had a wide impact and most people still have difficulty in finding jobs.

Public transportation, electricity supply and public health are basic needs for the people. The government cannot be benefitting from public services in a country like Myanmar where most people still live under the poverty line. The government needs to take some responsibility. The amount the government spends on social welfare is still very low.

If the government can’t take full responsibility for the basic needs of the people, the big corporations which are profiting from mega projects should shoulder some responsibility. But big corporations only seek big profits and do not want to operate at a loss. It’s a shame that tycoons don’t want to take social responsibility for the country and its people after exploiting our common resources. The government should handle these cases. If the government wants to give mega projects to the tycoons, it should also ensure that it is providing the social welfare and looking after the public good.

The Daily Eleven urges the government not to seek to benefit from public services and to make tycoons take responsibility as they exploit our natural resources for private gain under the watchful eyes of the government. 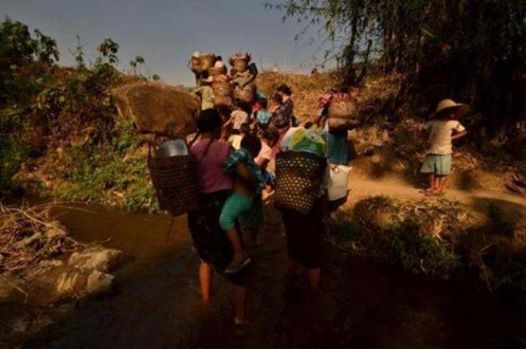 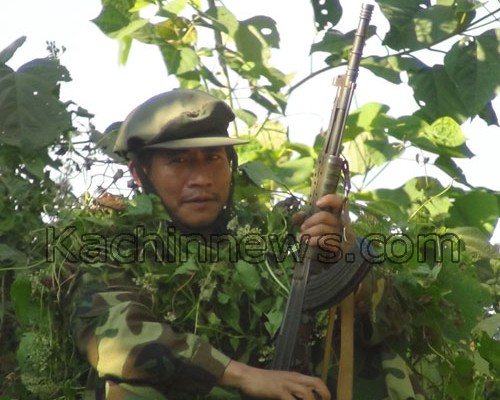 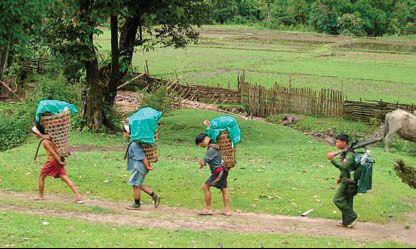 One KIA officer said they could not open fire as village boys walked in front of Burmese troops. “As they came nearer, we withdrew from our positions, but they chased us firing from behind,” said the officer. He said clashes continue between the two sides as of this evening.

Despite both sides agreed on further de-escalation of hostilities and to end fighting, Burmese army significantly increased its presence in southern Kachin State beginning in third week of October, just a week after Myitkyina meeting.