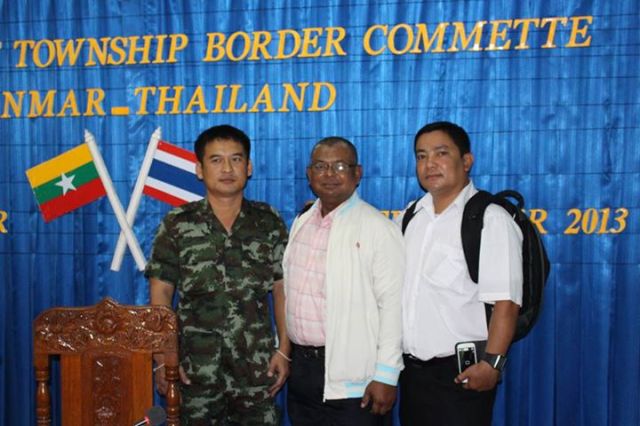 Myanmar and Thailand have agreed to withdraw military forces from disputed islands on the Moei River bordering the two countries.

The decision was made after the 30th meeting of Town Border Committee (TBC) held in Myawady Town, Kayin State in eastern Myanmar on September 27.

“It was once already discussed at the regional border meeting. Today, we have agreed on the pull out from these areas,” a military commander from Tak Province, Thailand told the reporters after the meeting.

Tensions mounted after troops were deployed to Hsinphyu Theingone and Meikonkit islands on the Moei River which borders Kayin State, Eastern Myanmar and Tak Province, Thailand.

The meeting held on September 27 dealt mainly with the pull-out of troops from the disputed islands. Other matters concerning border security remained to be discussed, a high ranking official from the Ministry of Border Affairs and Security in Kayin State told Eleven Media.

“We had to meet for 30 times to reach the agreement to withdraw the troops from the islands,” said a Thai military officer who could not be named.

Both sides agreed that territorial claims to the islands were disputed, said an official from Myanmar. The meeting also focused on cooperation to beautify the area near the Thailand-Myanmar friendship bridge. Both sides also committed to address drugs and crime issues.