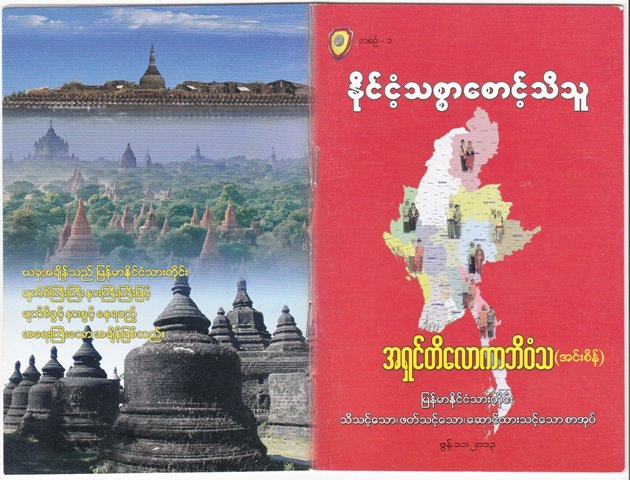 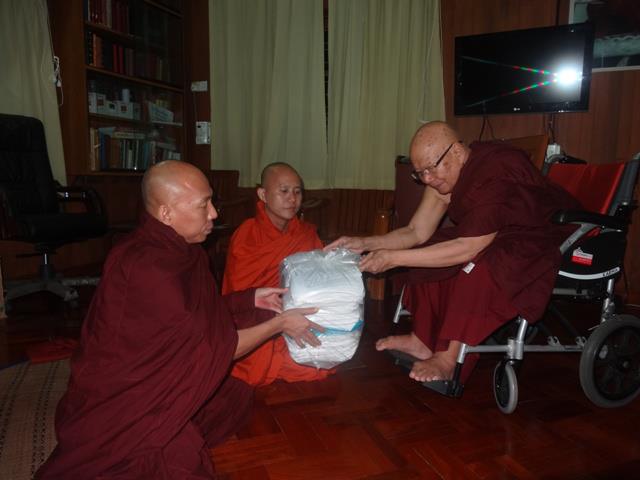 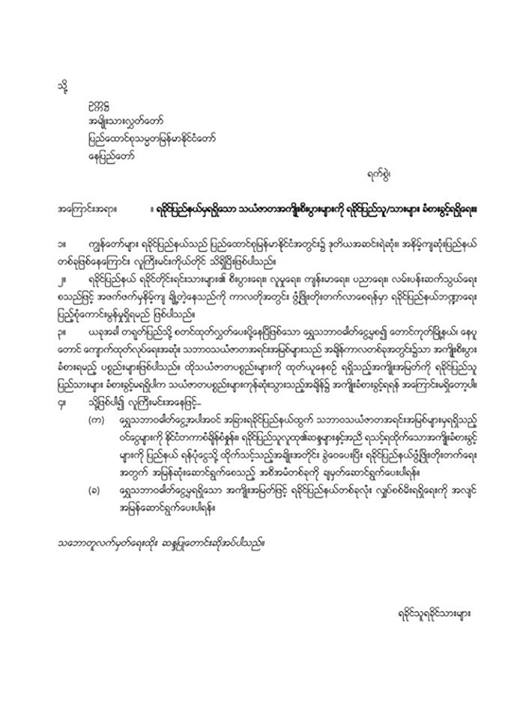 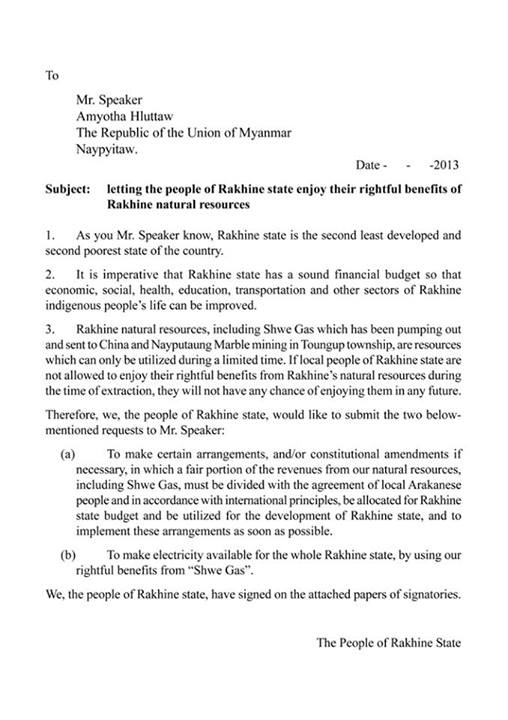 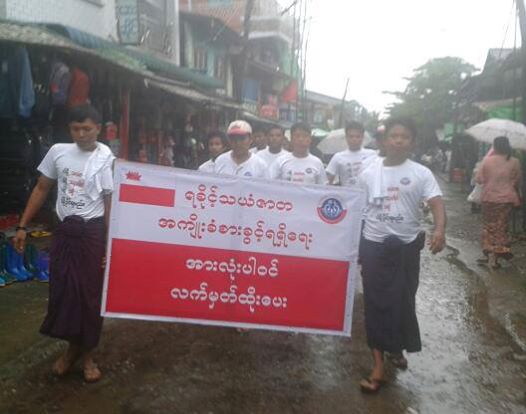 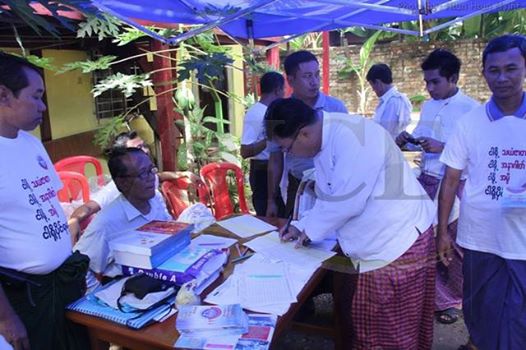 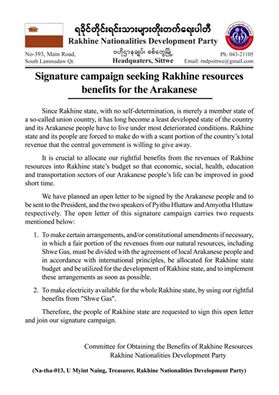 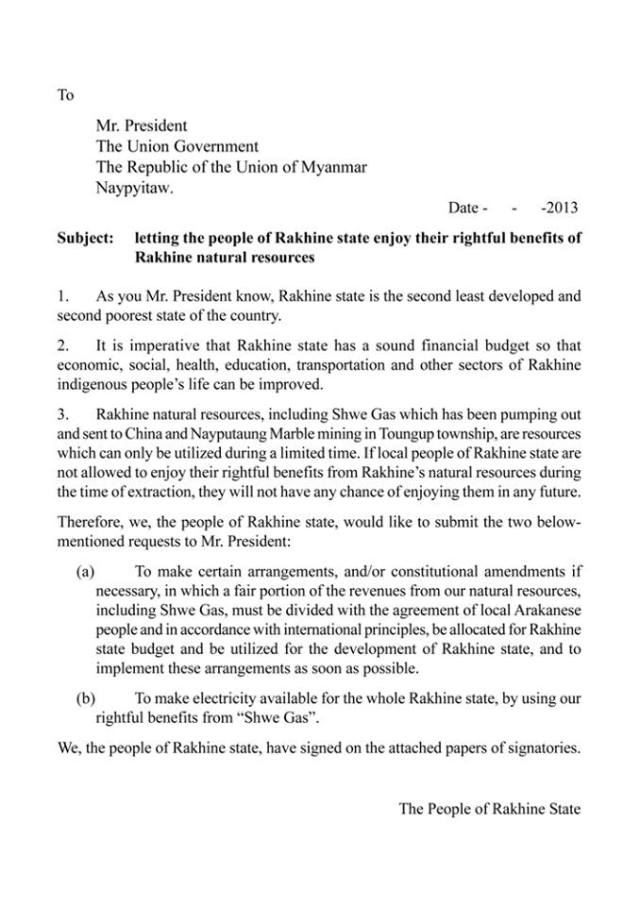 Thousands of rounds of bullets were exchanged in a two-day-long gun battle between members of Rohingya Solidarity Organisation (RSO) and Myanmar’s Luntin Force (riot police) at Naikhongchori of the Bangladesh-Myanmar frontier.

The shooting started on Wednesday night at around 9:00pm in the area between pillar no. 54 and 55 at Panchori Goritola area under Dochori union and went on at regular intervals until Thursday afternoon, said locals.

The sound of gunfire spread panic in Bangladeshi territory and many people took safe shelters to avoid bullets during the shootout. END_OF_DOCUMENT_TOKEN_TO_BE_REPLACED 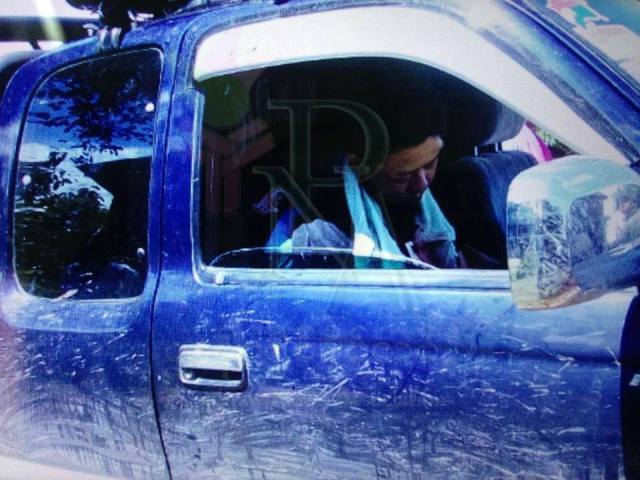 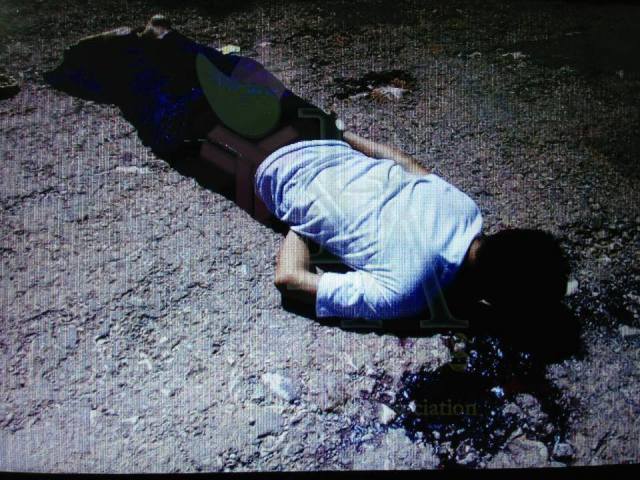 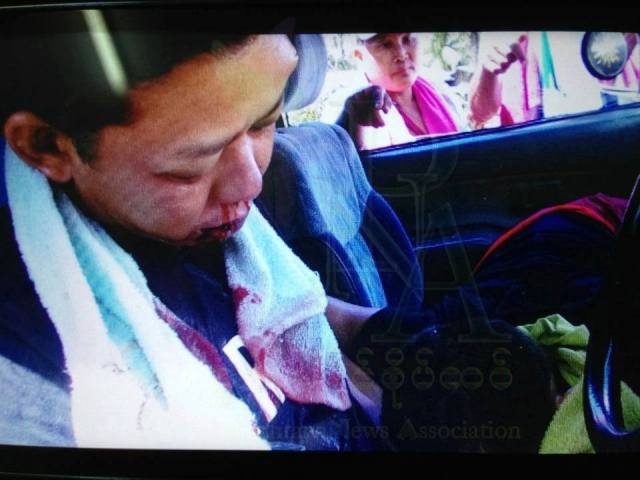 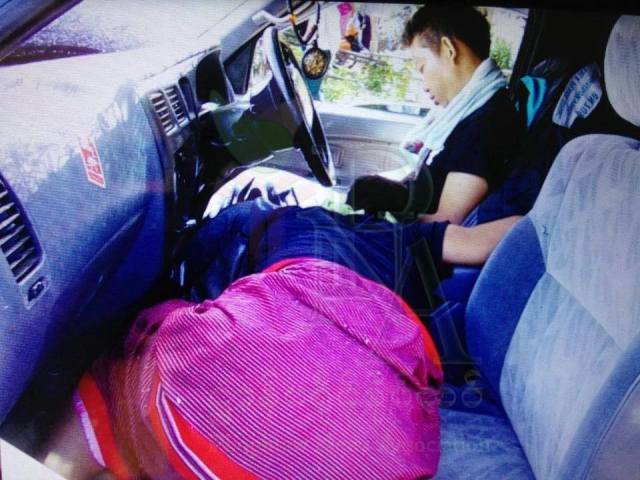 The extent of how much Myanmar’s 2008 Constitution can be amendment before 2015 Election depends not only on the MPs but also the executive body, Union Assembly Speaker Thura Shwe Mann said.

In the press conference held at the Lower House in Nay Pyi Taw on August 16, the Speaker said a commission has been formed by the Parliament to look into amending the constitution and will start its work soon.

He also urged the public, including the MPs to select suitable concepts for Myanmar without harming the development and stability of the country as people have different views about whether a new constitution should be drafted or amend it while using the existing constitution as temporary one.

Constitutional amendment requires not only the desires of the public and the MPs but also the executive body so national stability, he added. 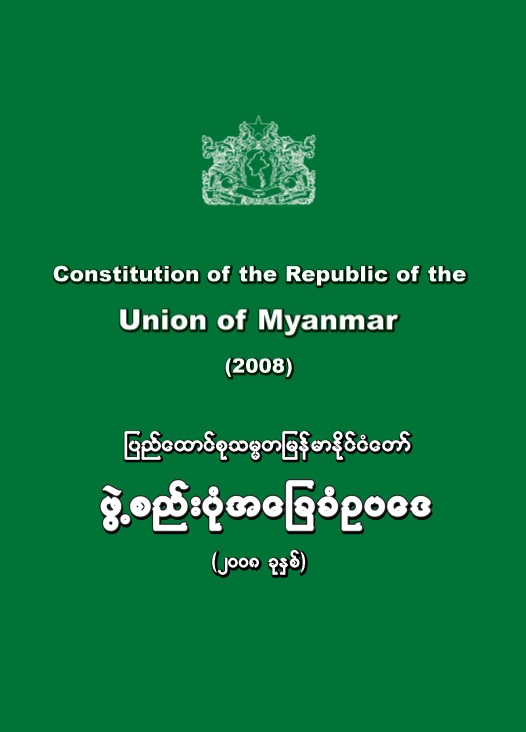 Security has been tightened in Myeik as there has been a widespread rumour that three terrorists might have penetrated the area, said local sources.

The alleged terrorists are two naturalized Thais and a naturalized Indonesian. They entered Myeik by water through Kawthoung-Boatpyin, southern part of Myanmar, it was learnt.

The authorities have beefed up security in the town and are now inspecting houses for visitors’ lists at every house in the town.

Security has been beefed up in Myeik because of the terrorist alert. Local authorities are inspecting houses whether visitors are staying or not in the town. The alleged terrorists entered the town by water. The ward administrators were called for that by the district administrator.

Descriptions of the alleged terrorists have been given to ward administrators and those who will be on duty have to monitor the situation, said a police from Myeik.

One of the alleged terrorists lived in Myeik 12 years ago and another was not known. These two are naturalized Thais. The last one was said to be from Rakhine State and he is a naturalized Indonesian, said an official from the ward governing body, who requested not to be named.

——Authorities have tightened security in a town of Myanmar’s western state of Rakhine following rumours about bomb attacks.

Security has reportedly been in place especially in and around religious buildings, hospitals and schools as of Friday.

Locals said police and army troops have been deployed in the villages of Buthidaung Township in Maungdaw district, warning the villagers to be on alert.

A police member said security was in place but the situation in the town was calm.

“Various rumours have emerged. As precautionary measures, we are tightening security at Buddhist buildings following reports that Islamist terrorists will carry out bomb attacks. At present, we have heavy rainfall and the situation in the town is stable,” said the policeman.

“We villagers are taking security measures together with security forces. Rumour has it that terrorists are here to commit bomb attacks. Now the army troops are in Buddhist monasteries and schools for security purposes,” said a local resident from Ward-3 of the Buthidaung town.

Authorities concerned issued a directive earlier this month, saying district and township level departments and offices to be on alert due to potential suicide bomb attacks in Maungdaw district.

Regarding the military’s sudden security measures in the Buddhist monasteries, a township police officer said this had happened as usual.

“Security is taking place as usual and there are no special events. Security in monasteries has previously been in place. But, the arrival of some army troops is aimed at strengthening security,” said the chief of Buthidaung Township Police Force on Saturday.

Burma’s most important writer Dagon Taya who was close colleague of Gen Aung San died on Monday at 94. His writings throughout decades significantly influenced on Burmese generation. He was well respected for standing oppressed people. Rulers tried to award him but he declined their offers. 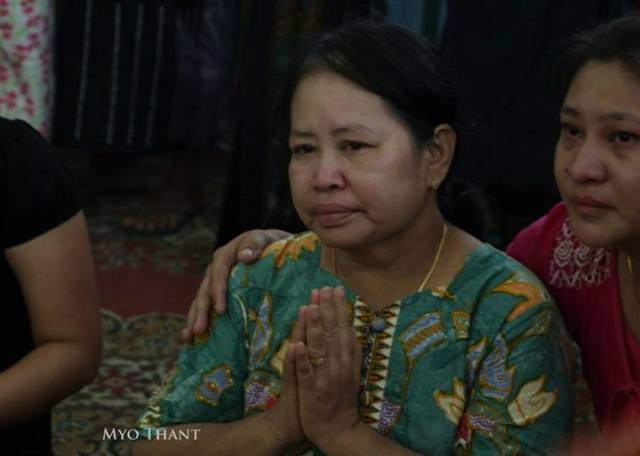 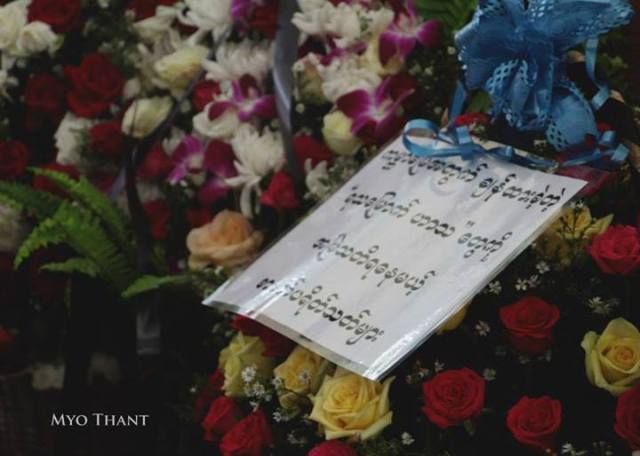 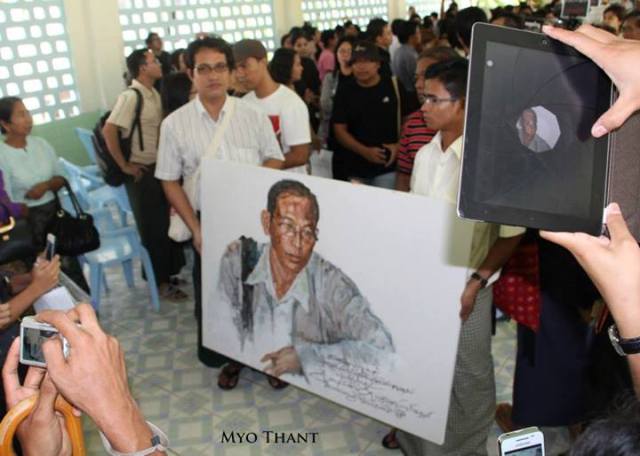 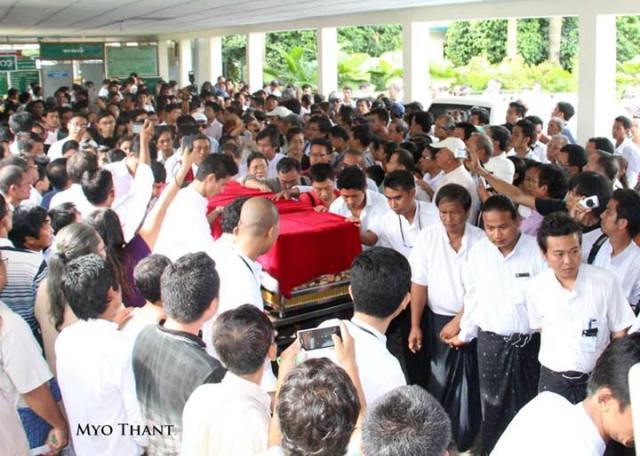 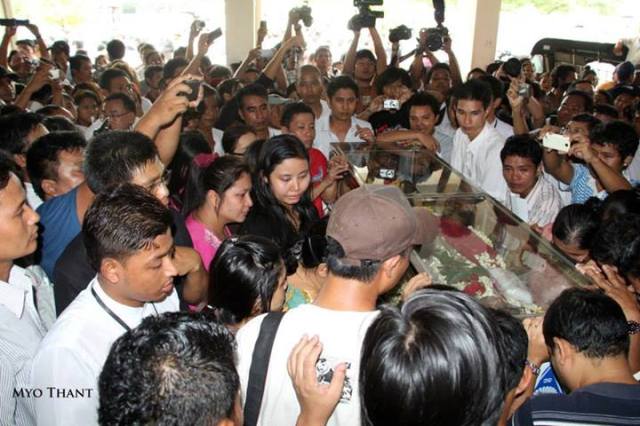