The Lady is Cho Cho Kyaw Nyein . Her son was one of the victim and she is telling naing aung that he should take the responsibility what he did.သိုး ထိန္း 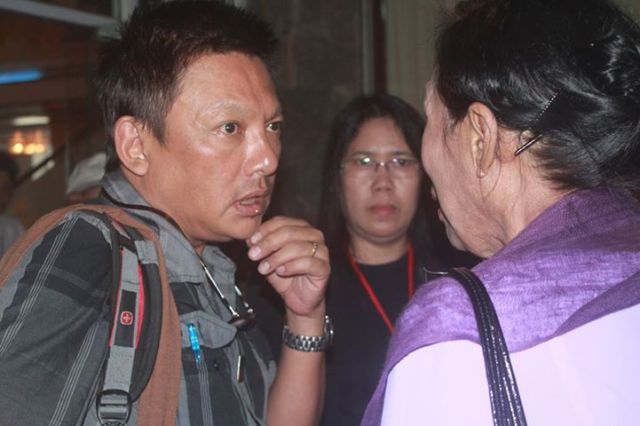 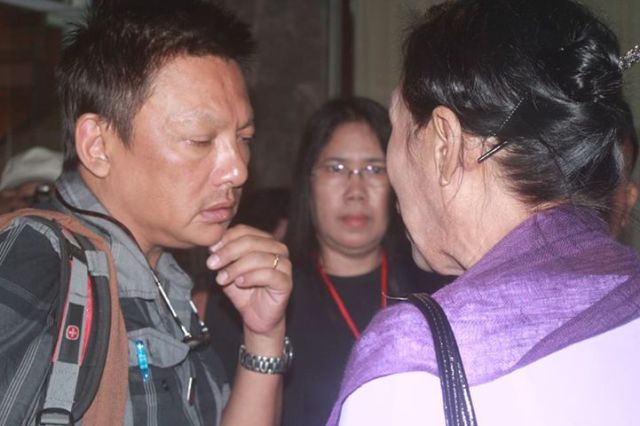 Singapore: A tugboat deployed from Singapore should arrive today in Myanmar waters to try and help shift the MV Gladys. The Gold Star Line containership, carrying 674 boxes, ran aground last Wednesday near Mananung island while en route to Chittagong. The tug boat will take around five days to move the ship 300 miles to Chittagong. The ship’s engine room flooded, causing the ship to lose power and drift. All but three of the crew abandoned ship, those still onboard have been delivered food and water by the Myanmar navy over the weekend.  [05/08/13]

Situation with the container ship Gladys, which ran aground on Aug 1 13 off Cheduba Island, Myanmar, Bay of Bengal, is worse than it was previously reported, wrote The Financial Express on Aug 4. Vessel suffered a breach in engine room area with resulting water ingress. Engine room was flooded, causing a blackout. Most of the crew left the vessel, only three crew remained on board. How did the crew leave the vessel, and its’ present location, are unknown. Assumingly they have been taken on shore. Myanmar Navy boat is to deliver some supplies, food and water, to the three crew who’re staying on board. Owner chartered a tug from Singapore to refloat the vessel and tow her to Chittagong, ETA to grounding site Aug 6-7.

READ BEFORE AND THAN WATCH VIDEO !!!

Former members from the All-Burma Students’ Democratic Front are returning to Rangoon .

BOTH ARE BENGALI, ROHINGYA SUPPORTER

FIRST HE HAS BEEN ALREADY INSIDE TO PUSH LATPADAUNG VILLAGERS INTO VIOLENCE .

2012 -HE KNEW BEFORE THAT HE GOT REMOVED FROM BLACKLIST . THEY TRY TO MEET U THEIN SEIN THE FIRST TIME, BUT THEY GET NO INVITATION.

MAYBE HE WAS ONE OF THE SPY FOR THE MILITARY GOVERNMENT ?

Is he involved in Ladpadaung case? maybe he and his group force the people to demonstrate? until Police crackdown?  –