The Manipur Chief Minister Okram Ibobi has said that the government will examine whether Manipur’s land will be encroached upon when border fence will be erected in some parts of the Manipur-Myanmar border. He was reacting to the demands from several political parties to suspend the erection of border fence during a brief meeting with journalists on Wednesday night. He further said that the state government had already requested the Union government to look into the matter.

Several political parties say that the proposed border fence will divide at least 14 tribal villages. Besides all political parties except the ruling Congress are convening a meeting shortly to discuss the issue. It may be recalled that the erection of the 10 km long border fence at Moreh, the border town was suspended following complaints from Myanmar that its land had been encroached upon.

Officials have taken up steps to check the unlicensed roadside factories of ice creams, breads and other edibles in and around Imphal following the reports that maggots were found in the ingredients of ice creams manufactured for sale to the people. The students’ wing of the Committee on Inner Line Permit System in Manipur and some journalists raided three roadside ice cream factories in Imphal on Wednesday.

In the first raid on the ice cream factory run by a father and son duo from Bihar, the team found that they were using highly contaminated water drawn from a roadside creek. Live maggots were found in the water to be used in the manufacture. In the second raid in the Imphal city, there was no basic food safety. Besides the ice cream factory is also manufacturing ice for cold storage of fish. Plastic sheets smeared with fish blood were found covering the ice cream ingredients. The third factory had a licence. But there was no food safety measure.

Following the news reports in local media on Thursday the officials concerned were galvanised into a flurry of activity. Sources said that the roadside factories having no licence will be closed down. Besides sale of such health hazard ice creams by the hawkers is banned with immediate effect.

Troopers of 40 Assam Rifles deployed at Lilong about 20 km from Imphal arrested three Muslims on Wednesday midnight along with contraband drugs and illegal arms and ammunition. It is feared that they were travelling towards Imphal from Moreh, the border town about 100 km away. They were intercepted between Waithou and Ushoipokpi in Thoubal district. END_OF_DOCUMENT_TOKEN_TO_BE_REPLACED

Cover: Constitution of the Reputblic of the Union of Myanmar

One participant had called the 194-page composition drafted under the close guidance of the “retired” strongman Than Shwe as an attempt “to prolong the military dictatorship and keep the ethnic peoples under perpetual slavery.”

To a representative from the Women’s League of Burma (WLB), it is a “fearsome” document, as it was written by soldiers who uphold no respect for the womenfolks.

The resolution was to draft a new constitution, despite counsel from some that it would mark a head-on confrontation with the military.

The meeting was also like-minded on several other topics: END_OF_DOCUMENT_TOKEN_TO_BE_REPLACED

( Mrauk U, 1 August 2013) : Five Arakanese Buddhists were sentenced to imprisonment for 3 years accounting their roles in the attack on a Muslim village last year during the sectarian violence in Arakan State of western Burma.

The Sittwe district court passed the verdict against the accused yesterday,  said Daw Nu Sein, a senior lawyer who defended the Arakanese nationals in the court.

“They (five accused Arakanese nationals) are punished under the Act 136 for the attack on Purin Gon Muslim village of Mrauk U township,” added the lady lawyer. She also revealed that all the accused persons hail from villages located under Mrauk U and Min Bya townships.

Mentionable is that violence broke out in Purin Gon Muslim village and Parin Gon Buddhist village under Mrauk U township in October last year,  where half a dozen people were killed and many houses were set on fire by the miscreants. 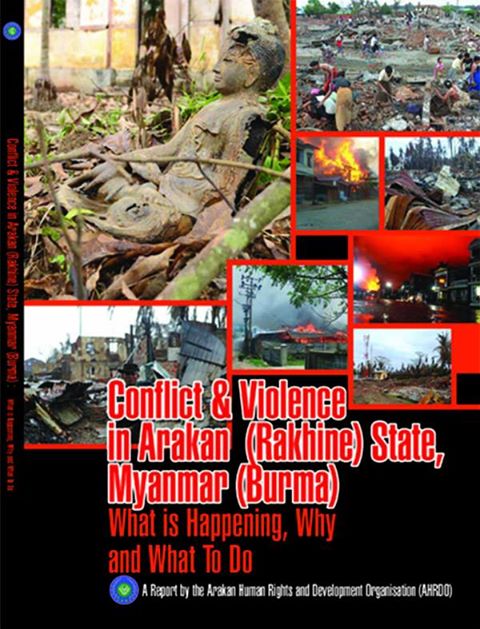 The following is a translated transcript of President U Thein Sein’s Monthly Radio Address to the Nation.

I would like to inform you all of the developments that have taken place in our country in the month of July just as I have done previously on this radio program.

I paid working visits to the United Kingdom and the French Republic from 14th to 20th July. We have had long and deep ties with both countries and I am pleased to have been able to meet with their heads of government and other key figures at this important turning point in our history.

I held constructive and substantive discussions with political, business, and civil society leaders on several important issues such as the state of our reform process, peace building efforts, the issue of political prisoners, and on the recent communal violence that has erupted in our country. And, we also made progress on discussions relating to security sector reform and increased cooperation between our respective armed forces, both of which are fundamental to our reform process.

We also exchanged ideas and explained our current economic conditions to representatives of various prominent businesses and associations so that we can successfully attract responsible investment and trade to develop our economy. Similarly, we met with civil society organizations to strengthen the bond between the Myanmar peoples and peoples of those two countries. I have always made the effort to make such important working visits to build friendly relations with the international community and to gain international support, help and trust during this difficult transition period.

July is the month of turbulence in our political history. It teaches us tragic historical lessons to learn from as we build a better future. We have seen how violent attempts to control political problems or crises and how the acts of the radical politicians without any respect for fundamental democratic values such as diversity of opinion and freedom of expression could have long-term detrimental impact on the society at large. We must always be vigilant towards such threats and tragic legacies.

We must never fail to remember 19th July, the day that the leaders of our independence movement were brutally assassinated, nor forget the full measure of their devotion to ending colonial rule over our land and people. Our recent political progress can be measured by how many sectors of our society participated in honoring our fallen heroes and their memory. It is with great pride to see not only participation from leaders of government and public offices, but also active and vibrant participation from the general public, and especially spirited participation of the youth and civil society organizations. END_OF_DOCUMENT_TOKEN_TO_BE_REPLACED 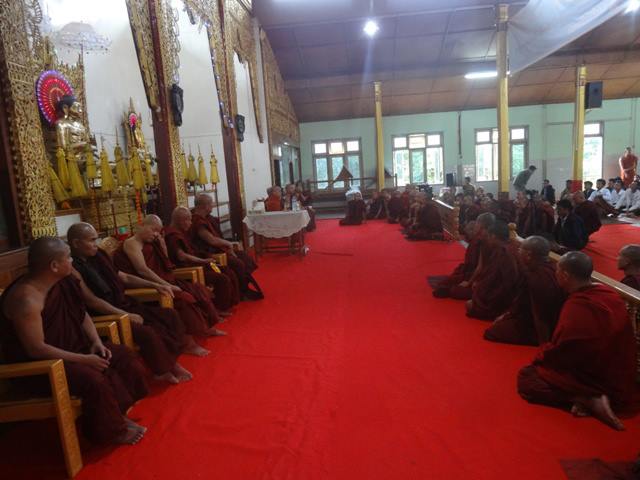 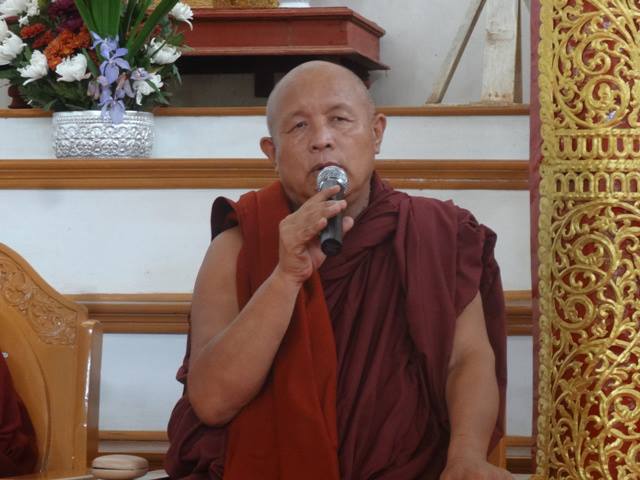 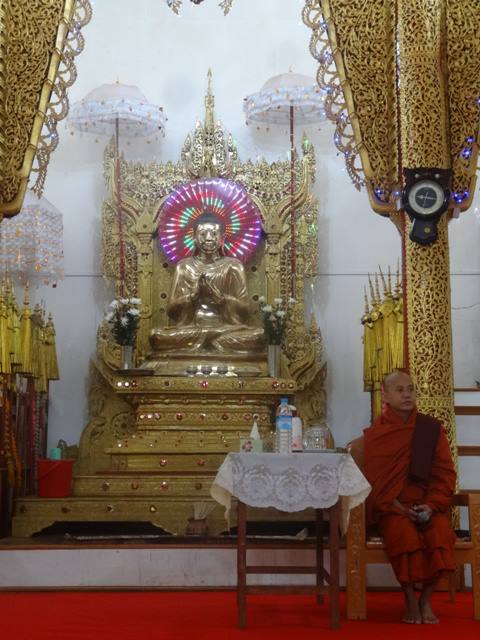 HURFOM: Villagers remain uprooted from their homes following violence between Burmese military and New Mon State Party (NMSP) soldiers in Tenasserim Region’s Thu Mingalan village. With no resolution yet found between the two sides, and NMSP soldiers still being held hostage, there are worries that the conflict may be reignited in the displaced NMSP troop’s new location.

On 16 July 2 NMSP soldiers and 1 Burmese military sergeant were killed in a clash between the armed groups in the Tenasserim Region village of Thu Thu Mingalan, located in Bote Pyin Township, close to the Thai-Burma border. Subsequent to the incident violence continued in the village, with Burmese military forces torching the homes of 20 families six days later. 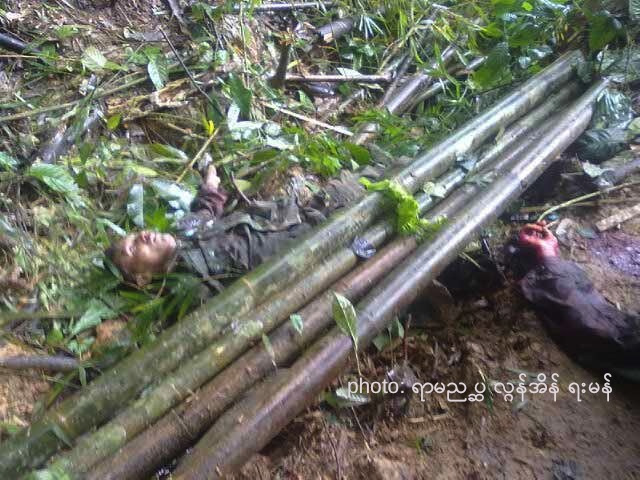 Whilst eyewitnesses claim that the conflict began when Burmese soldiers tore down and burned an NMSP flag, an official account is yet to be released. Thus far the Burmese military have not responded to the NMSP’s demands for an explanation of the attack, nor have they released 3 NMSP soldiers captured and being held in detention.

The captured soldiers have been named as Nai Karak Mon, Nai Win Taung and Nai Ah Ra. Nai Karak Mon was captured when transporting his wife to their home, whilst Nai Win Taung was taken hostage by the Burmese military when he went hunting in the forest. The final NMSP soldier abducted, Nai Karak Mon, was kidnapped early in the morning when visiting his family in nearby Pyi Gyi Matain village. Reports have emerged that the captured soldiers are being held at the LIB No. 559 military base, also in Tenasserim Region’s Bote Pyin Township. END_OF_DOCUMENT_TOKEN_TO_BE_REPLACED