La Gun, a father of three was from Hka Lum village. He was reportedly killed after being stopped while riding a motorcycle near his sugar cane farm following a local church service, a relative told the Kachin News Group. 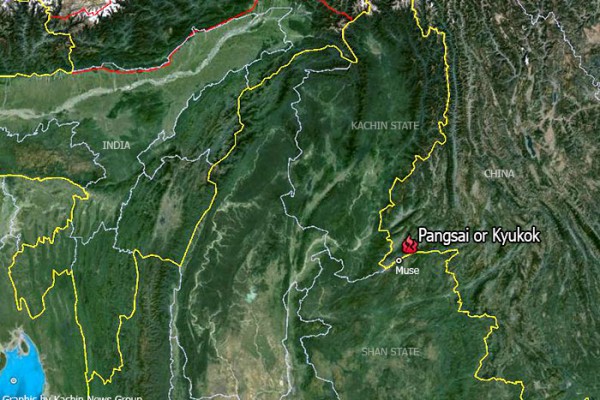 Villagers from his area found his partially buried body on Tuesday afternoon. Members of the Kachin Independence Army (KIA) battalion 36 based in Pangsai (Kyukok) believe that the victim was killed by troops from a joint unit consisting of members of Burma Army Infantry Battalions No. 45 and 242.

The same day that Sumlut La Gun was killed heavy fighting took place near the place where his body was found. The fighting which lasted three hours involved government forces and a KIA affiliated civilian militia known as MHH (Mungshawa Hpyen Hpung), said the commander of the MHH unit involved Zau Seng.

Zau Seng told the Kachin News Group that Sumlut La Gun was not a member of the KIA or the local KIA affiliated militia.

The death of Sumlut La Gun comes less than five days after a Technical Advisory Team from the KIA’s political wing the Kachin Independence Organization opened an office in Myitkyina, as part of the 7-point agreement the group signed with the government’s chief negotiator Aung Min.