It has been 66 years to the day when the Martyr leaders, including the national leader U Aung San, were violently assassinated. The invaluable loss of these leaders came while the country was attempting to traverse the challenges and difficulties of gaining their independence from colonialism, and attempting to rebuild Myanmar into a new independent nation. 6 months after the death of the Martyr leaders, Myanmar finally achieved this independence.
The 8888 democracy uprising, which broke out in Yangon 25 years ago, is approaching its Silver Jubilee. The uprising was overwhelmingly joined by citizens of all ethnic backgrounds, demanding with one voice a free democratic society where the human rights of the people are recognized and respected. These protests were the source of great humiliation to the leading figures in Myanmar, both publicly and privately. However, the political problems the demonstrations were rallying against are still in existence today. Every citizen must have awareness of the political atmosphere they live in. The diligence of the citizen will prevent the aims and achievements of the 8888 uprising from being diminished.
After the Martyrs had been assassinated, independence became a reality with the combined efforts of every citizen. Since independence was declared however, the country has been embroiled in numerous civil wars, the results of years of policy disagreement and ethnic tensions. The history of Myanmar is full of lessons for its future. Today is a time for democracy, human rights and ethnic equality to be at the forefront of change in this country. We can greatly aspire to the hope that every citizen can enjoy the true essence of independence and make the dreams of our Martyrs a reality for all the people of Myanmar.
The 88 Generation
(Peace and Open Society) 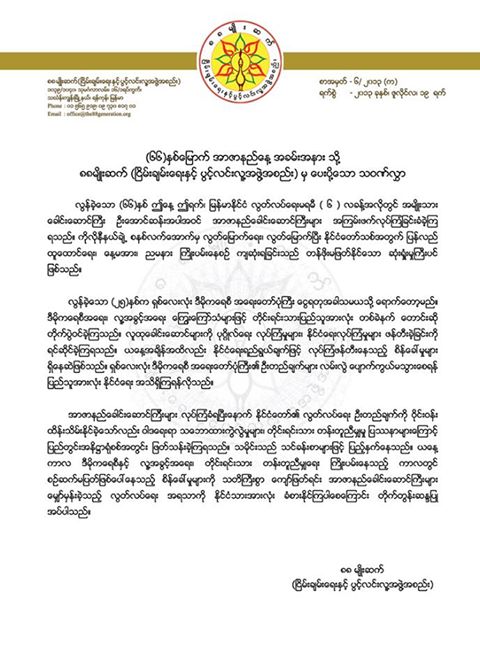 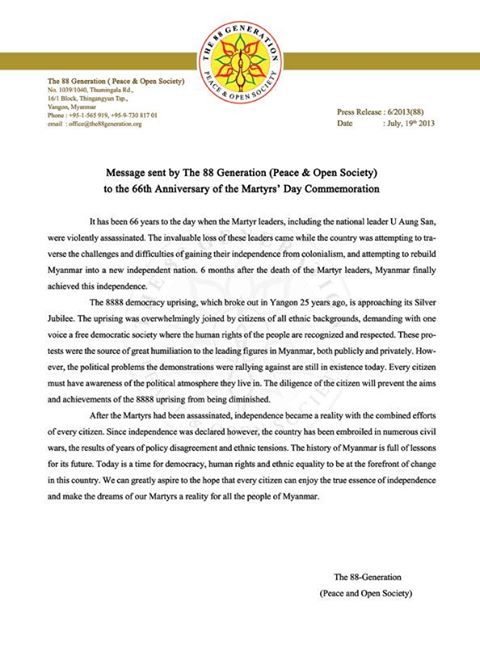