The Myanmar Investment Commission approved a new contract for Letpadaungtaung copper-mine project on July 10 which gives 51 percent of profits to Myanmar government, 19 percent to the military-owned Union of Myanmar Economic Holdings Ltd (UMEHL), and 30 percent to Wanbao Company. Gen Yi, Managing Director of Myanmar Wanbao Company, ensured there would be transparency and all agreements will be revealed to the public.

“Profit sharing between Wanbao and Myanmar, environmental issues of the project and corporate social responsibilities will be revised in the new contract,” said Gen Yi.

The project was first approved as a joint venture between Wanbao Company and UMEHL. Last year, there were series of local protests against the project because of its environmental and social impact as well as land confiscation in the project area. A government probe commission, formed after a brutal police crackdown on sit-in protestors, decided amid objections by some local people that the project should continue.

The commission led by opposition leader Aung San Suu Kyi, however, suggested reviewing the contract, having transparency and providing fair compensation for the confiscated lands.

Agreements in the new contract for the Chinese-backed controversial copper-mine in central Myanmar will be revealed to the public, Gen Yi, Managing Director of Myanmar Wanbao Company, said on Friday.

Wanbao Company and Myanmar government are going to sign a new contract for the project, Gen Yi said during a press conference at the Chinese Embassy in Myanmar where the Chinese businessmen met journalists.

A few months ago, the government probe commission, which decided the continuation of the project amid objections by some local people, suggested reviewing the contract, having transparency and making fair compensations for the confiscated lands at the project area in Sagaing Region.

Gen Yi said that profit sharing between Wanbao and Myanmar, environmental issues of the project and their corporate social responsibilities will be revised in the new contract and these will be publicized.

The press conference was also attended by Jin Hongen, the Chinese Economic and Commercial Councilor in Myanmar, and the representatives from the Chinese Power Investment Corporation, whose Myitsone dam project in Upper Myanmar was suspended following the public protests, CNMC Nickel Co., Ltd (CNICO) and the association of Chinese companies in Myanmar.

“We will strictly follow the guidelines included in the contracts, agreements, and pledges when making investments. We will try to win the trust from Myanmar social organisations,” said Jin Hongen.

The official told the media that they will conduct bilateral rules and regulations between Myanmar and China and pay tax in accord with specified laws.

The investing companies will also try to win public trust by releasing news about their businesses through the media, according to them.

The official pledged that Chinese entrepreneurs will systematically do environmental protections while doing projects in Myanmar.

An official from CPI said it depends on the government to restart the Myitsone dam project, which was halted in 2011 after the civilian government took office.

The United Wa State Army’s demand to upgrade its self-administered region into a fully autonomous state will be decided in line with constitutional provisions, according to the Union Peacemaking Work Committee.

The move was discussed during a meeting organised between the government and the United Wa State Army (UWSA) in Kengtung on July 12 after increased military tensions between the two parties.

“The Wa’s demand is not a new matter. Their delegates attended the National Convention in 1993 during which they demanded to upgrade self-administered region into a state. Since then they had already realised that their demand would be decided in line with the constitutional provisions. In addition, their demand was meant for sometime in the future,” said Thein Zaw, the vice-chairman of Union Peacemaking Work Committee.

Despite a decrease in skirmishes between the Myanmar army and the UWSA, both sides are attempting to gain military advantage and control of the southern Wa region. The army also reportedly demanded that the Wa make a list of the number of its outposts and move some of them to which they have not complied leading to further stand-offs.

However, the Kengtung meeting mainly highlighted root causes for military tensions. Both sides reached an agreement on the withdrawal of the troops, according to UWSA spokesman Aung Myint.

“Misunderstanding has led to the increased military tension, but leaders of the both sides are seeking ways to reconcile the situation,” said Lt-Gen Aung Than Htut, Commander-in-Chief of the Defence Services. END_OF_DOCUMENT_TOKEN_TO_BE_REPLACED 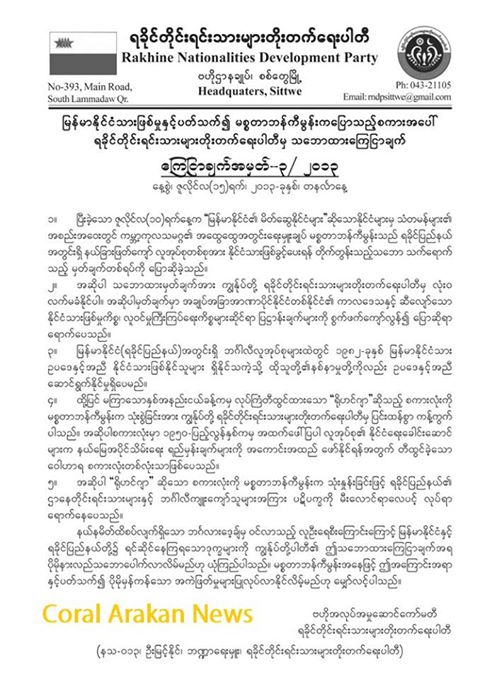 The 8888 Silver Jubilee Convening Committee would like to inform the people from democratic forces, living in various foreign countries and wishing to attend the 8888 Uprising Silver Jubilee, that the Committee will give as much assistance as possible to anyone who possesses a passport or other travelling document; but encountered difficulties to get a visa to attend the 8888 event. In such cases, the Committee asks those concerned to send their personal data to the committee in order to get assistance.
Note: If any American citizen is interested, he or she does not need to apply for a visa as an arrival visa can be given once in the country. However, you have to inform the Committee that you will attend the 8888 Uprising Silver Jubilee. You are also supposed to send us the copy of your passport’s first page. We would thus be able to get involved and solve any problem if facing obstacles at the airport.

Any Burmese citizen, living in another foreign country and wishing to apply for a visa, needs:

1. Brief bio of the applicant
2. Copy of the passport’s first page (the passport has to be issued more than 6 months ago)
3. Phone number and email address of the Burmese Embassy from the country of residence
4. The stay length in Burma
5. 2 passport size photos

Note: The Committee can just give assistance for your visa application process to be easier; however, all charges involved to get the visa will be at your expense.

Convening Committee of the 8888 Silver Jubilee

END_OF_DOCUMENT_TOKEN_TO_BE_REPLACED 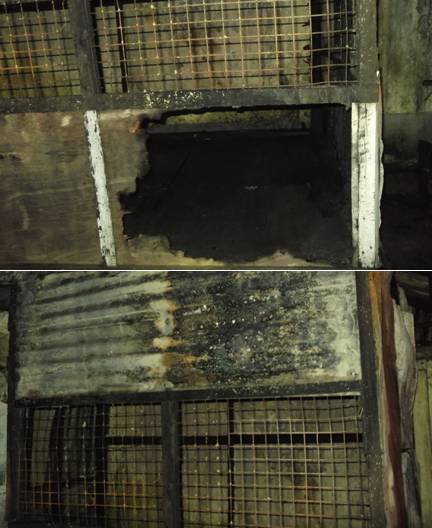 Myanmar’s government and the United Wa State Party (UWSP) have reached a five-point agreement, including an open and prompt action to discuss military affairs when the need arises.

The agreement was made after the talks between the Union Peacemaking Work Committee and UWSP held at the Golden Triangle Command in Kengtung, Shan State on Friday.

Committee Vice-Chairman Thein Zaw said the discussion took place in a both brotherly and friendly manner.

“We discussed how we would approaches towards building lasting peace. We could resolve some difficulties. Problems can occur sometimes at a lower level. We held talks in a brotherly and friendly manner in order to prevent the problems from becoming worse,” Thein Zaw told the Daily Eleven.

All the problems with the southern Wa region also could be solved, he added.

“All things went well. There was misunderstanding until both sides met personally. When we met, the problems were not that serious,” Thein Zaw said.

Lieutenant General Aung Than Htut from the Defence Services Commander-in-Chief’s Office told the Daily Eleven that military tension was caused partly because the government army surrounded the Wa outposts in the southern Wa region after they had failed to retreat as commended.

“All the problems have been solved. We have lived and continue to live in unity. We are like brothers. There is no doubt, no hatred between us. Problems erupted because of misunderstanding at a lower level, said Lt-Gen Aung Than Htut.

“The southern issue is now OK. Further negotiation will come as the next step. We will continue our talks,” said Aung Myint, the spokesman for UWSP.

Kaukkawt Ann, the foreign affairs officer-in-charge and a politburo member for UWSP has led the Wa delegation which included 19 high-ranking members.

New tensions arose between both sides [government and Wa troops] last May when a rubber plantation owned by UWSP in Tachileik District in southern region of the Shan State was occupied by the government troops.

Tension has mounted since then as government demanded that Wa troops retreated from a various pockets in the region and back to their main bases in the south Wa region.

“It’s very good to have the agreement reached before a shot is fired,” said Win Tun, a union minister who attended the meeting.