A top drug fighter from Naypyitaw recently challenged Beijing’s claim that “frequent occurrence of drug-related crimes on the Mekong River has been effectively contained,” as reported by Xinhua last May.

“In fact, the situation has become worse since Naw Kham’s arrest (on 24 April 2012),” said the official who asked his identity be withheld. “And Naw Kham was but a small link in the drug chain.”

Naw Kham, known as the Mekong godfather, who since 2006 was the boss over the cross-border drug trade in the Golden Triangle area, was executed in Kunming by lethal injection on 1 March. He was convicted on several charges including the killing of 13 Chinese sailors, on the Mekong on 5 October 2011.

A veteran businessman in eastern Shan State supported the drug warrior’s statement. “The only people who are taking a back seat nowadays are those without independent networks of their own,” he explained. “But to those who have their own networks Naw Kham, who was collecting protection on the fruits of their labor, was a great nuisance. The news of his capture was therefore most welcomed by these people.”

The drug fighter also scoffed at the much-vaunted joint 4-nation patrol on the Mekong. “Cooperation? Yes,” he told SHAN. “But joint operation? No.”

A ceremony to mark the opening of the office to control what Xinhua reported as “joint anti-drugs operations” on the Mekong was held in Xixuangbanna, Yunnan Province on 19 April. Myanmar and Thai police have arrested more than 1,100 suspects and seized more than 2.97 tons of drugs announced China’s Ministry of Public Security on 29 May. END_OF_DOCUMENT_TOKEN_TO_BE_REPLACED

“We withdrew our troops from Wanwap village yesterday evening; units of the Burma Army under the control of regional command Lashio were replaced by LIB 525. With several units of its frontlines in the eastern central region requests were made to LIB for reinforcement troops. During the friendly fire it is possible the LIB commander did not notice we had already left the village.  Both sides with reinforced units have been stationed in the village exchanging attacks lasting for 2 hours a SSPP/SSA commander told SHAN.

On 24 June at 10.00 in the morning Langkhur based units of Burma army LIB 525 and LIB 569,under the control of eastern regional command, together 100 troops strong continuously launched the attack with M60 and M79 machine guns towards Wanwap Buddhist temple and into the village. Burma army was reportedly attempting to take over the village where the SSA-N is based and thus resisted the assualts; fighting lasted from 1.00 pm to 5.00 pm in the evening. As Burma Army troops advanced toward the village, fearing of damaging houses and properties of villagers, the SSA withdrew its troops, said the SSA field commander.

“On 23 June, we fought the whole day, at night fall the SSA troops and units of the Burma Army were attempting to encircle each other. On the night of 24 June we retreated to the other side of the Keshi-Mongyai Highway. Clashes that took place this morning were not with us, but battalions of the Burma Army units. We have informed the representatives from the Union Peacemaking Work Committee (UPWC) office not to allow their trips to cross over the east side of the highway. Our troops have been ordered to shoot them if they cross,” Col Naw Leik, a member of UPWC from SSA-N told SHAN.

Due to the clashes between 2 armies, units of Burma army from Keshi, Mongnawng and Monghsu, under the control of Middle Eastern Command, have been reinforced in the SSPP/SSA controlled areas. LIB 525 and 569 soldiers loaded were brought in, in over 10 military trucks, and have been mistaken by reinforcement troops under the control of the northeastern regional command said a relative of a truck driver who carried the Burma Army troops in.

The SSPP/SSA has rejected the Burma Army’s demand to withdraw its base from its Ta Soppu camp, which is a key strategic point, because the Burma Army has prepared its units to take over the base using force. The SSA is prepared for any consequences. Some villagers have fled to other villages due to fear of death, said a Buddhist monk.

There have been renewed clashes between the Myanmar army and ethnic armed group Shan State Army (SSA), the armed wing of Shan State Progressive Party (SSPP), according to a spokesperson of Shan Nationalities League for Democracy (SNLD).

About 100 people are reportedly taking shelter in a Buddhist monastery after the clashes occurred in some areas of Kyaythee township, northern Shan state on June 20 and 21.

“The refugees are not taking shelter in the downtown areas. They are in the Wanpein Monastery, which has to arrange for their meals. The affected areas are in the jungles but they fled in fear,” said a local resident from Kyaythee township.

The local also said more clashes happened on June 23 in Shiwanwit village-tract of the township and there were reports of firing heavy weapons by the government army. Some homes were damaged but there were no causalities in the clashes.

SNLD Spokesman Sai Lait said the refugees sent a letter to SSPP/SSA complaining that the government army had taken two out of them. SSPP therefore contacted SNLD by phone to inform the government’s union peacemaking committee of the issue.

SNLD will work out the problem together with the peace committee if it receives an official letter from SSPP, he added.

After the government and SSA reached a ceasefire agreement in January 2012, a spate of clashes occurred between them. More than 1000 local people left their homes after the clashes started in Tangyan on March 28 this year.

The renewed clashes have occurred after the government’s peace group and SSPP reached a four-point agreement on May 11.

SSPP/SSA confirmed the clashes but answered no details when contacted by the Daily Eleven. 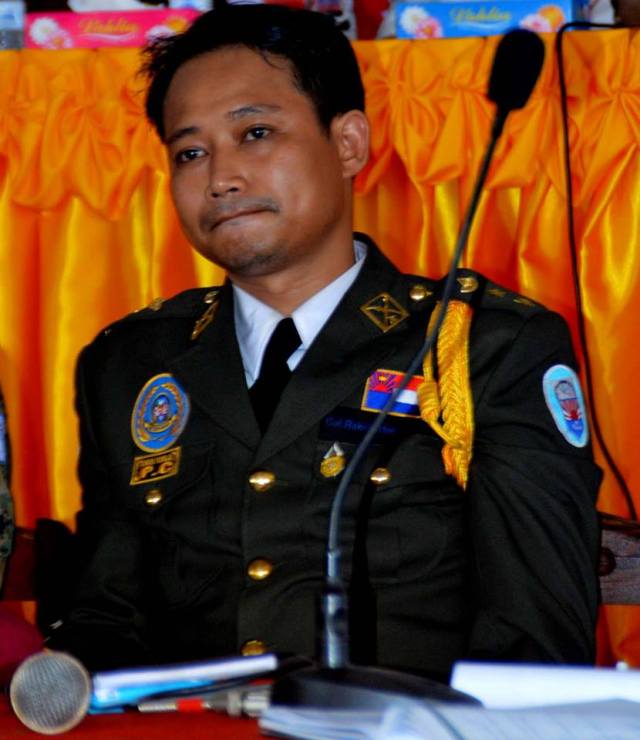 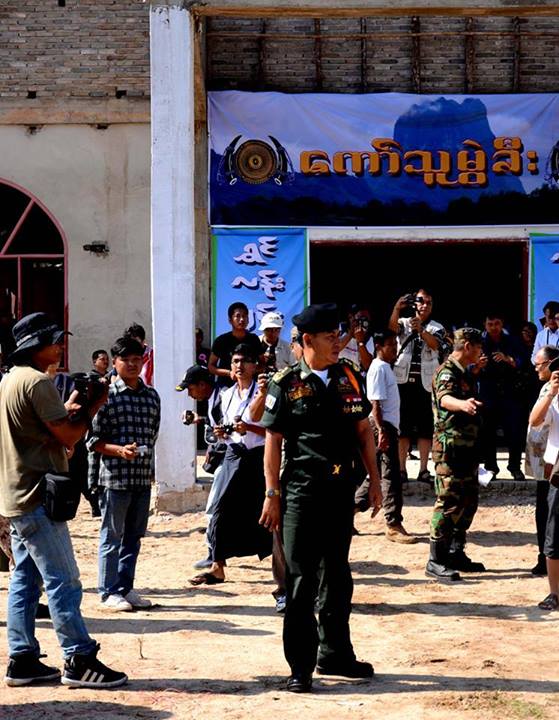 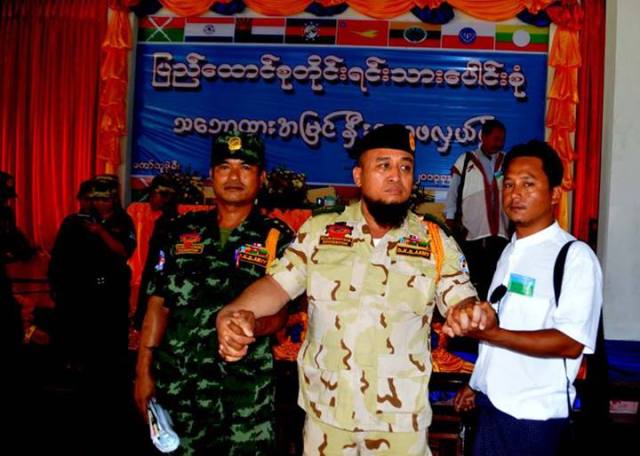 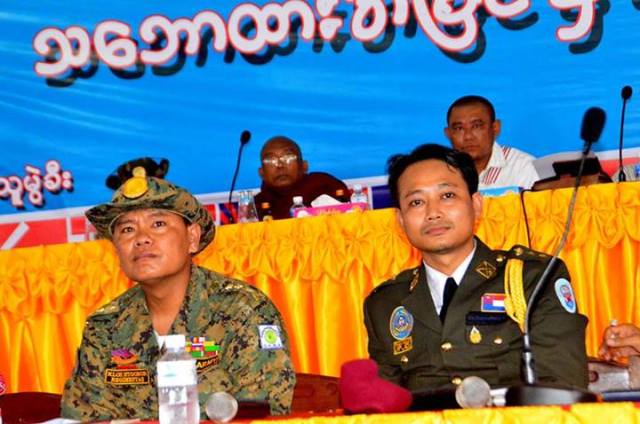 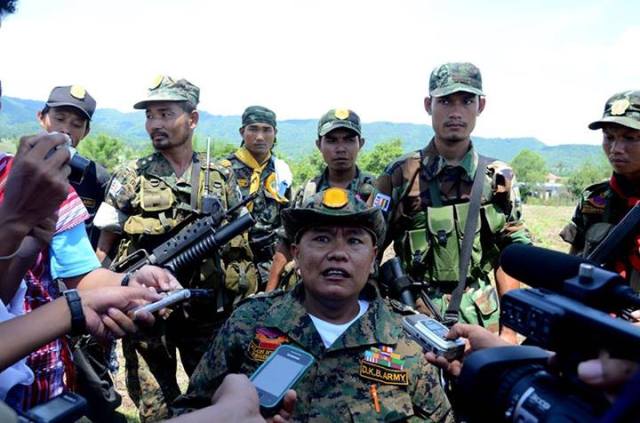 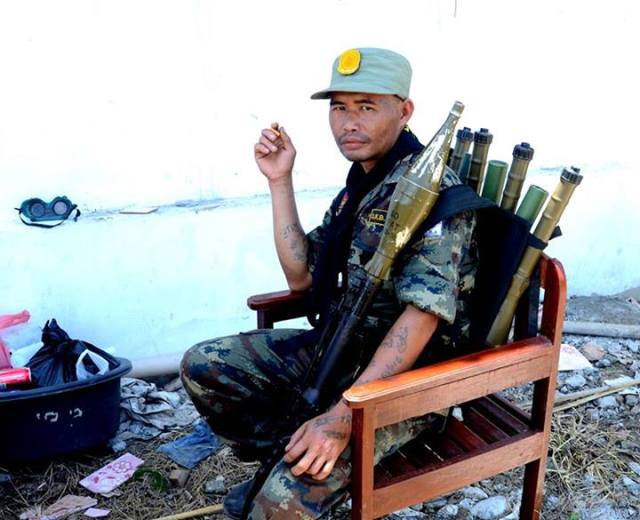 We had helped you only with the good volition that we want the media and correspondents get the true facts.

We helped you because we respect western liberal media like Times and we expected you wouldn’t make lies to the people of the world. And we did not think you wouldn’t break ethic and responsibility of media.

Now I know that you are the worst visitors we have ever had.

I could not see your deceit under your sweet words it is like blade covered by honey.

I did not think that a gentle and beautiful girl like you have the ruthless heart of performing savages attack on us to be heard all over the world. I could not think that because of my background may be as you said I was a vagabond.

I had told you that those names such as Shaved Head Nazi, Neo Nazi, Burmese Bin Laden were given by Muslims on Facebook. And then liberal media like you dare use the word like “The Buddhist Monk, The Title “Burmese Binladen”

I believe (think) you admit your dirty mind by deliberately using the word “The Buddhist Monk” then followed by the word “With the man in burgundy robes.” You are not a lady with high moral ground and you are same as dirty minded as extremists all over the world. Muslims are also like you want me to strip of the robe. They do not revere me as a Monk and call me “the man in the robe.”

My preaching is not burning with hatred as you say. Only your writing is full of hate speech.

We can forgive the misunderstanding. We can forgive wrong conclusion. But will you deny that your hatred words targeted me to tarnish my reputation.

Please recheck your words and the words that I preached.

“Now is not the time for calm.”

“Now is the time to rise up to make your blood boil.” These are your words.

Now I show my words.

We should preserve these noble reputations of Buddha, Dhamma and Sangha.

For our National cause, our Culture and our Faith,

We will avoid terror act.

We will perform with honesty, diligence and determined attempts.

For our national cause,

We will carry out it warmly without ignorance.”

These are my words. It is clear that you made savage attack against me by comparing my words and your words.

I preach people not to react with lawlessness, but you accused me of terrorist. You tried to draw a picture of me as a person who aggravate the situation by hate speech and fuelling to make offensive attack, where I am preaching people to perform with honesty, diligence and determined attempts to preserve our value. I preach people to carry out national cause warmly without ignorance, than you gave the world bad impression of me who is trying to boil the blood of people.

You dare do that.

A PHOTO, taken in Lashio, Burma/Myanmar, which many people and news agencies held up asproof and evidence that Burma has extremist,nationalist, racist, genocidal Buddhist mobs onthe rampage WAS DOCTORED – TO MAKE ITLOOK LIKE A VIOLENT ARMED MOBThe photo was taken by Mohamed Gemunu Amarasinge, a Muslim from Malaysia. He isa so-called photojournalist, being paid generously by the Organization of Islamic Cooperation(OIC). For a couple of years he has been reporting and photographing, with a severe bias, todemonize and falsely accuse the Buddhists, and to make the Muslims appear as innocent victims who never cause or start any of the violence between Muslims and Buddhists.Fortunately, he made a big mistake. He shot some photos on fast burst mode, and he releasedtwo of those photos, but he only doctored one of them. The doctored photo was the one sent tothe news agencies – BBC, CNN, New York Times, The Guardian, etc. He might have forgottenthat the un-doctored photo was somewhere on the internet.Notice all the sticks below, but in the other photo, a half second later, where are the sticks?

YOU AGAINST INTERFAITH MARRIAGE LAW? BUT THIS LAW WILL  PROTECT WOMEN TO LOOSE ALL CIVIL RIGHTS AFTER CONVERTING TO ISLAM