WASHINGTON (REUTERS) – Pro-democracy leader Aung San Suu Kyi will be given the rare honour of addressing both houses of Britain’s parliament when she makes her first trip outside Myanmar in 24 years next month, British officials said on Saturday. 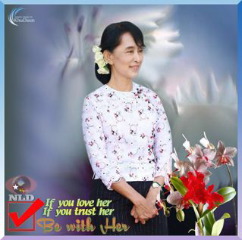 The Nobel peace laureate has accepted Prime Minister David Cameron’s invitation to visit Britain and will spend a week there from June 18, officials accompanying Mr Cameron at a summit of the Group of Eight (G-8) leading economies in the United States told reporters.

Ms Suu Kyi’s party, the National League for Democracy, said last month she would visit Norway and Britain in June, but it was the first time the British government had confirmed the trip.

Ms Suu Kyi will give a speech to both houses of parliament during her stay, a rare honour accorded in the past to figures such as former South African President Nelson Mandela and, last year, to United States President Barack Obama.