Rangoon (Mizzima) – President Thein Sein reportedly invited Burmese citizens who live in foreign countries to come back home to Burma, and he urged armed groups to surrender to the government, during a meeting in Naypyitaw on Wednesday. 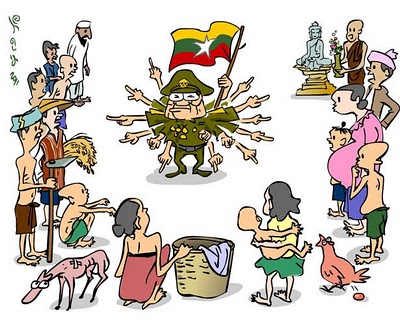 “They met at 1 p.m.,” said a source close to officials, whenMizzima asked for confirmation.

The opening ceremony of a national-level workshop on poverty and economic development was delayed for one hour due to their meeting, the journal said.

Suu Kyi was officially invited to attend a national-level three-day workshop that ends on Sunday. High-level government officials, members of political parties and business representatives were invited to the workshop.

Participants in the workshop told 7 Days that they had yet seen Suu Kyi who arrived in Naypyitaw on Friday.