By Independent Mon News Agency – The public market and gold shops in Three Pagodas Pass area have been closed due to an unstable situation after the military intelligence office was bombed yesterday.

“Many big shops which sell clothes here were closed. Only small grocery shops are open. All gold shops are closed,” said a resident in Three Pagodas Pass town, near the Thai-Burma border.

“We heard there will be one more attack today, this is why the people are afraid to go to work,” said the resident.

The Burmese government troops have not yet been deployed to Three Pagodas Pass. “We do not see any soliders. I think they have been deployed outside the town,” said a member of the New Mon State Party.

The government troops are investigating the town after the bomb attacked

The group was composed of seven people wearing masks over their faces. They attacked at 3 p.m. yesterday, throwing bombs at the military intelligence office and the Buddhist Assembly hall, where Burmese government troops resided. END_OF_DOCUMENT_TOKEN_TO_BE_REPLACED 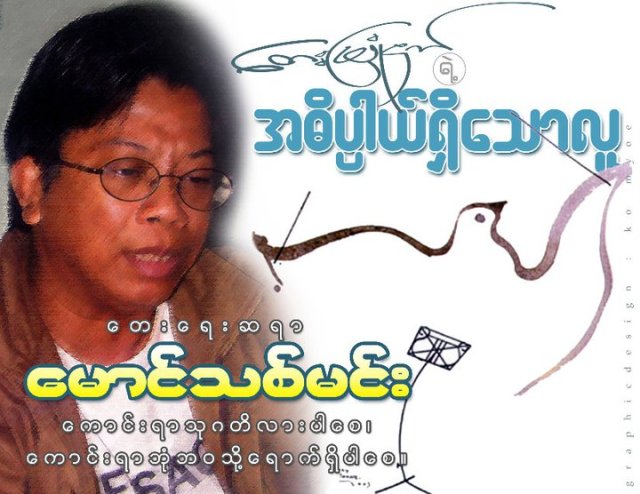 6 June 2011
Lashio-based Northeastern Region Command’s chief of staff Col Myo Chit has been appointed as Commander of a tactical command of Light Infantry Division (LID) 33 since 3 June, according to sources close to the military. He is a son-in-law of the late Prince of Mong Nai Sao Pey. Unconfirmed reports also say he was responsible for the fire that destroyed old artifacts at the Taunggyi cultural department during the 90s. (SHAN)

3 June 2011
A 4-day trip to Burma by a 14 person delegation led by Maehongson governor Kamthorn Thavornsathit, 29 May-2 June, ended without any results to show. The group had been planning to discuss reopening of border trade. “There are only junior officials who were not authorized to negotiate but only to entertain us,” said one of the delegates. (SHAN)