Polling station officers in Shan State South’s Loilem township were reportedly directed by Township Election Commission members to give advance signatures for 150 ballot papers each saying they were for advance voters, according to sources close to officers.

“My friend who is one of the officers in charge of polling stations had signed on 26 October,” said a source.

There will be 46 polling stations in Loilem. Other 45 officers were also reported to have been asked to sign for the same number of ballots each, said another source.

According to the elections manual issued by the Election Commission, there will be 1 polling station for every 300 voters.

“The papers therefore are for 6,900 in total. But to my knowledge, the number of advance voters are not that many, not more than 20 per quarter,” he said.

“Suspicion therefore has mounted whether the EC members are finding a way for the Union Solidarity and Development Party (USDP) to get more votes.”

There are three parties competing in Loilem, Shan Nationalities Democratic Parties (SNDP), National Unity Party (NUP) and USDP. But only the SNDP and the USDP are said to have been running neck to neck.

Local sources say, the SNDP is said to have gained more support than the USDP because most of its candidates are well-known there.

Similar story has been reported in Rangoon that Burmese voters are pressured by local authorities and members of the Union Solidarity and Development Party (USDP) to cast advance ballots before the upcoming election, according to a report by Irrawaddy.

“Up to date, the SNDP has yet to know how many voters there are in the township and who will be in charge of polling stations,” a local resident said.

Sai Nawng, a candidate of SNDP who will contest for the state legislature was said to have asked Monghsu Township Peace and Development Council (TPDC) Sai Sam Win to allow him to have the list of eligible voters on 27 October, because the township election commission had refused to inform.

“Sai Sam Win replied that he could not grant it as well,” the source said. “He then even said that it would be good if no one comes to vote and no one comes to see the polling station.”

There will be only two parties competing in Monghsu, SNDP and Union Solidarity and Development Party (USDP).

So far SNDP candidates’ names were said to have not been listed in some villages like Pangpoi village tract, according to a member of SNDP. END_OF_DOCUMENT_TOKEN_TO_BE_REPLACED

View this document on Scribd
“The whole town looks like a garbage dump—many streets are still blocked by debris,” said Tun Naing, a local relief volunteer helping the victims of Cyclone Giri in Myebon township, one of the hardest-hit townships on the west coast of Burma. 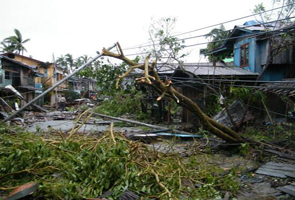 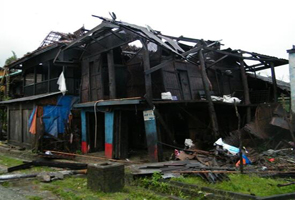 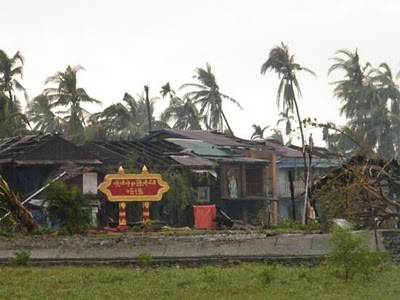 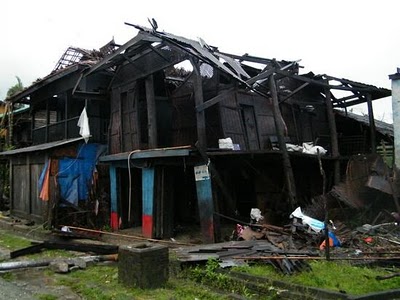