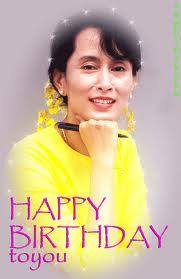 The truck was intercepted by police at a Check-point near Palanburi town, Patchaburi province. The driver refused to stop and and tried to make a U-turn. The truck hit a tree and spilled.

The authorities arrested Nai Chonpaw Panchawon (51) Thai driver and said that he would be prosecuted. According to the interrogation, those workers were brought from Ranong, a town located on the Thai-Burma border and meant to be sent to a Thai employer in Samusakhon province.

The truck spilled after crashing into a tree while the police was after the driver on the highway. It led to the death of Burmese migrants and left others injured on the road.

Local Burmese authorities arrested 20 fake monks who tried to enter Thailand through Kaw Taung, a border town at the Thai-Burma boundary, according to local residents.

Those 20 monks are mainly Arakan youths who arrived to Kaw Taung by flight, express boat. They were arrested and detained at Kaw Taung police station.

A carrier living in Kaw Taung confirmed that: “Yes, I was in with 9 of my men all of us from the Arakan state (11/ was National Identity Card initial number referred to Arakan State). We are not allowed to come but in Arakan state there were many new outposts and soldiers oppressed local people. Local people do not feel safe anymore. Corruption is widespread. If people cut bamboo they have to give them, if people cut fire-wood they also have to give them. When they fish and they also have to give them so we cannot survive in Arakan. Almost all Arakan residents left the town and they shaved their head when they arrived in Rangoon. That is the only way we have so we used it”.

A Kaw Taung resident monk who wants to remain anonymous said; “We can accept people leaving for work considering the very poor situation here but there would be a great heinous if they use our religion as a stepping-stone. Some government officers are also involved by providing fake monk registration documents. The real Monks are guaranteed to be released. The others might be sentenced to prison or send back to their native country”.

This does not only happen in Kaw Taung but also in Myeik and Tavoy for a long time. The authorities arrested them because they believed that the persons who worn robe are actually only planning to enter Thailand for work, according to the opinion of local residents.

The routes along the Thai-Burmese border includes the towns of Tachilake, Myawaddy and Kaw Taung and leads directly to Bangkok, the capital of Thailand; from Kaw Taung, it is the cheapest way for broker fees, that is why many used this route.

Hasina told parliament Wednesday that the Chinese leadership responded positively for setting up the road and rail connections from Cox’s Bazar to China’s Kunming through Myanmar.

The prime minister’s written answer to the question made by Jaamat MP Lutfor Rahman was distributed among the MPs as she did not read out the same.

“During my China visit in March this year, I have had talks with Chinese president and premier in this regard,” Hasina told parliament.

“I’ve made a proposal to the Chinese leaders about forming a tri-nation committee for implementation of the proposed Bangladesh-China road and rail links. This will help Bangladesh, China and Myanmar to work in a coordinated way,” she said.

Prime minister Hasina on June 14 again discussed the issue of constructing the communication links from Ramu to Kunming during the visit of Chinese vice president Xi Jingping.

Xi responded positively for building the communication links, diplomatic sources say.
Bangladesh and Myanmar have been in consultation for constructing a 135 km-long cross boundary road starting from Ramu of Cox’s Bazar to Kyanktow in Myanmar.

The two neighbours are also discussing construction of rail links between them.

The prime minister said China’s Kunming had road communication link up to Kyanktow in Myanamr.

The two countries will have to construct a 135 km road link—one from Kyanktow to Bowlibazar (110 km), one from Bowlibazar to Taungbro (23 km) and the other from Ghundum to Ramu (2 km).

In the first phase, Bangladesh will provide funding for constructing a 2 km-road from Ramu to Ghundum (Bangladesh-Myanmar bordering point) and 23 km Taungbro- Bowlibazar road inside Myanmar.

In the second phase, Bowlibazar-Kyangtow road will be constructed by Myanmar.

Bangladesh and Mynamr in 2007 signed a memorandum of understanding for building the Bowlibazar to Taungbro highway.

“I will discuss the issue with the Myanmar authorities again in near future,” said Hasina who would visit the country sometime this year.

“The communication links will not only connect Bangladesh with China and Myanmar, but also with the ASEAN countries”, she said.

June 17, 2010: Dhaka, Beijing has agreed to implement a Bangladeshi proposal for a road link via Myanmar, Prime Minister Sheikh Hasina has announced after the visit of Chinese Vice President Xi Jinping.

She told parliament on Wednesday that a project financed by Bangladesh government called “Study and Design for Bangladesh-Myanmar link road” was underway. The road project will be implemented in two phases, she added.

She said her government has actively been trying to link Bangladesh with members of the Association of South East Asian Nations (ASEAN) and China “in the interest of the people of this country”.

“Effective roads and rail communications will be set up among the ASEAN countries once the proposed project is implemented,” she said.

Political, economic, commercial and cultural relations with China and other south-eastern countries of Asia will be interrelated, she added.

Hasina has on her returning to power in January last year sought to reach out to India and other South Asian neighbours like Nepal and Bhutan seeking road and rail links and greater trade.

Her deal with India that allows the latter partial, project-based access to the isolated northeastern region has been criticised by Bangladesh’s opposition party.

Burma’s ruling military junta has obviously been focusing more on the elections than planning to launch military operations against recalcitrant ceasefire groups, said observers from the Sino-Burma border.

At the latest tri-annual meeting of senior officers, 26-28 May, in Naypyidaw, State Peace and Development Council (SPDC) Chairman Senior General Than Shwe was said to have ordered all the meeting attendees to support former Prime Minsiter Thein Sein led Union Solidarity and Development Party (UWSP), according to a source close to junta officers.

“Than Shwe said everyone is responsible to help the UWSP win the elections,” he said.

Aung Kyaw Zaw, well-known Burma watcher, says, “They will use all the means available to make the USDP win as they did before in 1960 elections (where the Army had canvassed support for the pro-military “Stable” Party against “Clean” Party).”

The Anti-Fasicst Peoples Freedom League that had governed Burma since Independence had split into two factions, which later became two separate parties.

Another border watcher says unlike previous tri-annual meetings, there has been no reports of reshuffles among junta officers.
“There were at least two or three officers being replaced before,” he said. “But this time, no one was reported change. It seems they want to make sure of the border stability.”

He added, regarding with junta’s silence on the ethnic groups, the junta may have learned a lesson from Kokang attack that took place in August 2009. Because it had to use many units at that period and it cannot pull out its forces, Light Infantry Division (LID)#33 up to this day.

“They know that they will have to use all of their men if they are going to launch a military operations on all the ethnic groups, ,” he said. “They are not also sure that they can win or not.”

Nevertheless, the junta military seem to have decided to consider the ethnic groups only after the elections, according to him.

According to some media reports, the elections will be taken place on 10 October 2010.

A man who was arrested in April along with his son after photographing the aftermath of the Rangoon bombings has been sent to Burma’s notorious Insein prison.

Maung Maung Zeya, 55, and his son Sithu Zeya are yet to be convicted of any offense, but have been held in detention since their arrest on 15 April following the grenade attacks which left nine dead and hundreds injured.

The two are being kept in different cells in Rangoon’s Insein prison, which was built by the British and has housed hundreds of Burma’s pro-democracy luminaries. Maung Maung Zeya was transferred there from Bahan township police station on 14 June, while Sithu Zeya was moved there in May.

“I was only allowed to meet them one by one. They are OK apart from Sithu complaining that he had to appear in court along with everyone and he couldn’t bear the cigarette smoke. [Maung Maung] will be brought to the court on 22 June and Sithu [tomorrow],” she said.

Biology student Sithu appeared in court earlier this month on two charges of breaching the Electronics Act and holding links to so-called ‘unlawful associations’, a label often used by the Burmese junta to tarnish exiled media and pro-democracy groups. Maung Maung has also been charged under the Unlawful Association Act, as well as the Immigration Act, and will begin his trial on 22 June.

Neither party is said to have had anything to do with the bombings; the charges stem from the Burmese government’s draconian press laws, which target media workers suspected to be providing material to exiled news outlets. Rangoon police chief Khin Yi told a press conference that the two were arrested for videoing the aftermath of the incident.

Yee Yee Tint said in May that her son had told her he had been beaten and denied food during the early stages of interrogation in April.

“Their initial [Immigration Act] charges are handed down by the immigration department,” Yee Yee Tint told DVB yesterday. “Sithu had previously been abroad with the passport, but [authorities] allege that he left Burma [illegally] from Myawaddy [on the border with Thailand].

“U Zeya [father] was faces the same allegations but his case is more serious as it was filed at the [Western Rangoon] Provincial Court,” having previously been filed at a lower township court.

Nine people died in the incident, which was the worst attack in Rangoon since 2005. It preceded a number of other bombings around Burma, focused mainly on controversial hydropower projects.