Authorities have closed the Thailand-Burma Friendship Bridge after the swollen river washed away chunks of the Burmese land downriver to Thai side.
The Thai-Burma Friendship Bridge was ordered closed today by Myawaddy authorities though no official explanation was given. However a Burmese official close to members of the Myawaddy Township Peace and Development Council (TPDC) told IMNA, “They closed the bridge, because of these land problems between each other. Some of the land from the Burmese side was washed [down and] brought to the Thai-side. Because of that problem, Burma authority closed the bridge to traders from Thailand for a awhile. We heard that they will open after its resolved.”
As the arrival of rainy season brings more frequent and heavy rains, water runs off the nearby mountains and in to the Moei [Thaung Yin] river. In this case, as the river has grown, it has begun washing soil and debris away from the Burmese riverbank, and down to the Thai side of the riverbank.
At the closure of the bride, low level conflict has erupted between authorities, according to several administrators who have spoke with official in Myawaddy. The problem is apparently over the issue of Burmese soil being washed down and deposited on Thai soil, and the loss of trade revenue at the bridge closure.
“They closed today. But many of authorities have said they will be resolved without [much] conflict to other, which it why [they will] close the bridge just a awhile,” added the official close to the TPDC. “However, many cars from inside, from Moulmein or Hpa-an, [are] still coming.”
Additionally, according to a second administrator close to Myawaddy’s TPDC, boats crossing between illegal trade gates which shroud the bridge have been stopped from crossing the fast moving river. The result has already been a drastic cut in income for traders making the trip between Mae Sot and Myawaddy.
“Trucks with goods on Thai side [trading from Mea Sot to Burma] has to stop at the Thai [side] boat quay,” one trader explained. “Also trucks with goods which will be traded by legal crossings over the Bridge have to stop in front of the bridge too.”
Authorities have yet to explain the reason for the close, leaving residents to guess about the cause of the closure and when the bridge and river crossings might re open.
Three days prior, members of the special police arrived in Myawaddy from Nay Pyi Thaw, to check for and seize illegally sold goods. The crackdown spread fear amongst traders of complete losses of goods brought form Thailand, and resultantly shut down their shops and trade. The result has been a series of days of limited trading and little income, explained one Burmese trader explained.
The Thai-Burma Friendship Bridge was built by Thai Authorities in 1995 and opened in 1997.
When open, explained a member of a trade group from Taught District, the bridge and illegal crossings bring many of goods from Thai side, with a profit to Thai traders of nearly 40 million baht each day. With this closure, he believes the economic losses for Thai traders a will be harsh.
Short URL: http://monnews.org/?p=558 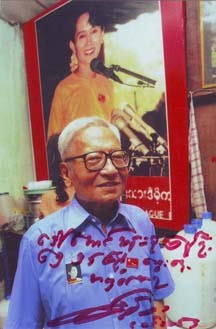 CHIANG MAI, June 17 (TNA) – An American man was arrested and alleged to have committed paedophilia, or having engaged in sex, with an underage child in this northern Thai province, according to provincial tourist police. 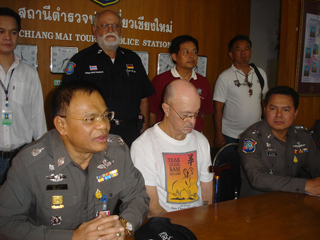 The girl told officials that she had been sexually molested several times by Mr Holley at a local guesthouse.

The suspect however denied the charge but the investigators are confidence that they have strong evidence to take legal action against him.

Police brought Mr Holley to search his residence in order to find whether or not there was further evidence for human trafficking or any other offences. (TNA)

16 June 2010 – Kuala Lumpur, Malaysia: At least 56 victims of human trafficking from Burma including some underage children are being rescued from slavery by the Malaysian authority since February 2008.

Out of the 28 Burma victims who received protection order, nine of them are female children, five female adult and nine male adult.

Malaysian authority granted 292 protection orders to human trafficking victims from February 2008 until March 2010, Indonesian topping the list with a total of 102 victims, Philippines (60), Thai (36), Chinese – mainland China (29) and followed by Burma with 28 victims.

Most of the human trafficking victims are believed to be sold as slaves in sweat shops and brothels operated illegally in the country.

Rescued victims will be sent to shelter home before they are repatriated to their home country respectively after going through investigation and persecution against the traffickers.

In March this year, 16 human trafficking victims who housed in a shelter home close to Kuala Lumpur International Airport (KLIA) at Sepang district ran away from the centre, being afraid to be repatriated to their own country.

Among the escapee are four Burma citizens, named Ko Kyaw, Tho, Ata and Epo. The police and Immigration Department failed to track all 16 of them.

Malaysia Government is trying hard to cleanse its name from human trafficking activities after a series of condemning from local and international non-governmental organizations for not doing enough in combating the crime.

Last year, a Malaysian Immigration official was charged with selling an illegal immigrant from Burma to human traffickers at the country’s border with Thailand.

The Home Ministry is gathering strength from several ministries and four enforcement agencies that is the Police, Custom, Immigration Department and Malaysia Maritime Enforcement Agency or APMM to fight human trafficking syndicates.

The Obama administration is praising Malaysia and Taiwan for improving efforts to stop the sexual and forced labour exploitation of women and children.

Instability in Burma led by the military junta are causing more ethnic minorities and Burmans alike being cheated and traded as slaves into brothels, factories and fishing vessels in Thailand and Malaysia.

Four people were killed and another seriously injured in a military helicopter crash in central Burma on Wednesday, according to reports.

The Russian-made Mi-1 helicopter crashed in the jungle near the town of Pindaya in Shan State due to bad weather, the news agency AFP reported on Thursday, quoting a Burmese government official who spoke anonymously. 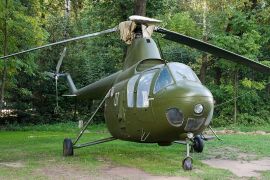 “Four people on board were killed and one was sent to a nearby hospital,” the official said in the report.

There has been no official report of the crash in the Burmese state media.

According to a Burmese blog that quoted an air force military officer in Rangoon, one of the dead was a colonel serving as the general staff officer 1 of the Eastern Regional Military Command, based in the Shan State capital of Taunggyi.

In 2001, a military helicopter crash killed the then secretary two of the ruling junta, Lt- Gen Tin Oo, along with several other high-ranking officials. The government has yet to release any information about the cause of the crash.

He was a member of the Veteran Politicians’ Group, which comprised of politicians active since before Burma attained independence from the British.

“He fought for Burma’s democracy until his death. I’m very sad because he is my comrade and he died when our group is weak”, a colleague, Ohn Maung, said.