New Delhi (Mizzima) – While urging the regime to conduct a fair trial of opposition leader Aung San Suu Kyi, the Russian Foreign Ministry on Sunday said the issue is an internal affair and does not warrant the attention of the UN Security Council.

The Russian Foreign Ministry’s information and press department on Sunday said it rejects any attempts to bring the Burma issue to the United Nations Security Council saying it is an internal affair and does not pose a threat to peace and security of the region and the world community, according a report by Moscow-based the ITAR-TASS News Agency.

“Moscow opposes attempts to internationalize the internal situation in Myanmar [Burma], because it does not endanger peace and security in the region and the world at large,” the report quoted Kremlin’s Information and Press department as saying.

While the press department said, “We see no reason why the UN Security Council should discuss Myanmar [Burma],” it also urges the Burmese generals for greater openness and cooperation with the international community, including the mission of Ibrahim Gambari, the UN Secretary General’s Special envoy to Burma.

Russia also expresses its expectations of a fair trial of the Burmese pro-democracy leader Aung San Suu Kyi, who is currently facing trial at Rangoon’s notorious Insein prison on charges of violating the terms of her house arrest by ‘harbouring’ an uninvited US man, John William Yettaw, to her lakeside home in early May. END_OF_DOCUMENT_TOKEN_TO_BE_REPLACED

“33 migrants are at the Rangnon police station. No one has tried to pick them up from the Thai police; their brokers [and friends/family] also fear being arrested by the authorities,” said a boat owner from Kawthoung Township.

The arrested Burmese migrants are from Moulmein, Mudon and Thanphyuzayat townships, Mon State. At present, Kawthoung authorities will not allow residents from areas outside Tenasserim division to enter the city via boat.

This order comes after 11 migrants were killed when a boat sank between Kawthoung and Rangnon on May 22. Kawthoung is a main entry point for migrant workers hoping to travel to Thailand.

“The Kawthoung authorities banned people from other divisions [and states] from crossing into Kawthoung township from Tavoy township by boat, however authorities allow people entering by car,” said a Kawthoung resident.

Many migrant workers travel by ferry boat from Tavoy to Kawthoung because it takes only a day, it can carry 200 passengers, and there are no government check points. The cost for one person is 40,000 kyat.

To travel the same distance by car is more expensive than by boat and it takes twice as long. Many drivers must stop to sleep along the mountainous route, which also has many checkpoints.

“If migrant workers go to Kawthoung Township by car, they have to pay 5,000 kyat to cross the Kawthoung check point gate. Anyone can go to the Township after they pay the money,” added the Kawthoung resident. 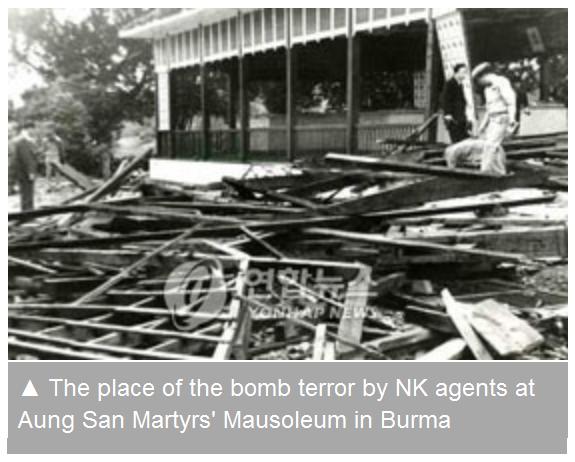 Myint Lwin, (65) a resident of North Okklapa Township jumped out of the window of the MWJA office in downtown Rangoon’s Merchant Street in Kyauktada Township on Tuesday morning. He died instantly.

“He arrived in the office at about 10 a.m. (local time) and was arranging seats and tables for a regular meeting. After finishing what he was doing he got up and jumped out of the window,” a colleague, who attended the meeting, told Mizzima.

Another colleague, who also requested anonymity said, “He [Myint Lwin] left a note on the table, which read — ‘I am responsible for failing to maintain and for the loss of public property’.”

“He left a wrist watch, a ball point-pen, two currency notes of Kyat 500 and took off his sandals,” added the colleague.

The Myanmar Writers and Journalists Association is a group formed under the aegis of the Burmese military junta’s Ministry of information.

He leaves behind a son, a daughter and his wife.
Mizzima

The United Wa State Army (UWSA) leaders reportedly coming from Panghsang in 18 four-wheel cars had arrived in Mongton township, opposite Chiangmai province yesterday to hold meetings with their officers and men to discuss about its deteriorating relations with the Burma Army, according to sources on the Thai-Burma border.

The group arrived in Hwe Aw, 25 miles north of the Chiangmai border, in the morning and held a meeting there. But there has been no further information of who were at the meeting, but it is believed to involve some top officers in their southern command, said a source.

“Today, they [Wa] met at Namyoom (5 miles north of the border) and they are going to Mongjawd, west of Hwe Aw tomorrow,” he said.

Since the Burma Army ordered them to return to its original area on the Sino-Burma border in May, the Wa have been in preparation for their defense in many areas like Loi Hsarmhsoom Base, Base 46 and Maihoong between Mongyawn and Piangkham, opposite Chiangmai’s Mae Ai district.

An unidentified Wa divisional commander said, “Relations between us is like an axe without the handle and vice versa. Like the handle, they used to manipulate us, the axe, in the past. But they can no longer enjoy that privilege.” END_OF_DOCUMENT_TOKEN_TO_BE_REPLACED

Kang Nam Could Hold a Message, not just Arms

The mystery voyage of a North Korean ship believed to be carrying arms for Burma could hide an attempt by the Burmese regime to discover just how far the US and its allies would go to carry out the “stop and search” provisions of a new United Nations resolution.

The voyage of the Kang Nam follows the visit to North Korea last November by Burma’s third highest ranking general, joint chief-of-staff Thura Shwe Mann, at a time when Burma’s isolated regime is desperately searching for the arms and technology to develop its armed forces in the face of an arms embargo by the US and its western allies.

During the visit, high-ranking North Korean military officials showed Shwe Mann various military institutions and camps, according to a secret report obtained recently by The Irrawaddy.

Military analysts have suggested that the North Korean Communist regime has provided Burma with weapons, military technology and expertise in underground tunneling used for concealing military installations in exchange for foodstuffs and agricultural products.

South Korea’s intelligence agency believes that the Kang Nam, accused of engaging in illicit trade in the past, is carrying weapons and is sailing towards Rangoon. END_OF_DOCUMENT_TOKEN_TO_BE_REPLACED