Tripartite Core Group (TCG) members, including Bansarn Bunnag, Thai
Ambassador to the Union of Myanmar/Senior ASEAN member to the TCG and
Bishow Parajuli, UN Resident and Humanitarian Coordinator, completed the first
TCG Study Tour to Thailand on 12 January 2009. The visit, led by U Kyaw Thu,
Deputy Minister for Foreign Affairs of the Union of Myanmar/Chairman of the
TCG, took place between 6 – 12 January 2009. The first TCG’s Study tour aimed at exchanging experiences and taking more
lessons learned from Thailand on the natural disaster management and to visit
the Tsunami-affected areas in Phuket Province and Phangnga Province. The
TCG visited the Department of Prevention and Mitigation, Ministry of Interior of
Thailand, the Asian Disaster Preparedness Centre in Bangkok and its centre in
Prathumthani Province, and the National Warning Centre. The TCG also made a
study tour to Phuket and Phangnga provinces, the Tsunami-affected areas in the
South of Thailand, to share views and experiences with the provincial authorities
and villagers in the affected area. ……………. “Cooperation among agencies in Thailand, the international network, and the UN-
based agencies in Bangkok and Myanmar has excellent advantages, creating
regional cooperation to prevent and prepare for the next natural disaster,” Bishow
Parajuli said.
On the last day of the visit, U Kyaw Thu also met with the Minister of Foreign
Affairs of Thailand, Kasit Piromya, who confirmed that “Thailand will continue its
humanitarian role and its support to the Union of Myanmar.”

Just an question, HOW can Desaster Goverment prevent ppl for desaster? 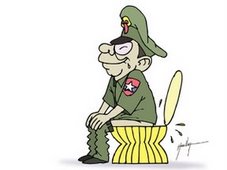