Dec 10, 2008 (DVB)–Detained blogger Nay Phone Latt has said he feels a greater sense of responsibility since being honoured by international media association Reporters Without Borders, his mother told DVB.
Aye Aye Than, Nay Phone Latt’s mother, said he had found out about the award from prison officials. “I thought he still didn’t know about the RSF award when I visited him in prison but he said he had found out about it from prison officials and had celebrated by treating his fellow inmates to snacks,” Aye Aye Than said. “He said he now has a greater responsibility since he was chosen for the award,” she said.
to continue
http://english.dvb.no/news.php?id=1999 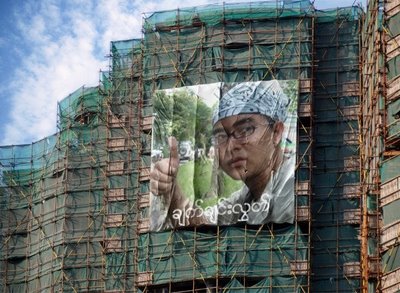 BURMA: Blogger charged without evidence for upsetting tranquility during protests

The Asian Human Rights Commission (AHRC) has been closely following the case against a blogger in Burma who has been arrested and charged in connection with last year’s monk-led protests. The blogger, Nay Phone Latt, has been charged with distributing material to upset the public tranquility, but like in other cases of this sort there is not sufficient evidence against the accused, and he was also interrogated in army custody and sent for trial in a closed court.

CASE DETAILS:
Nay Phone Latt in 2007 set up a small Internet shop at his house in Rangoon. Later in the year, he was involved on the sidelines of the protests against the military government.

Nay Phone Latt was arrested at the end of January 2008 and accused of having defaced images of national leaders, writing and cartoons in his email inbox and having distributed these in order to upset the public tranquility. According to the police, in December 2007 when he went to Singapore he also met political activists and went to see the “Four Fruits” (Thi Lay Thi) entertainment troupe, whose CDs of performances he copied and passed to others, among other things.

There is as in other cases arising from last year’s protests a range of problems with the cases against Nay Phone Latt. To begin with, first the police have not presented any evidence that he had himself been responsible for distributing any of the contents that they found in his email inbox, which he had received from elsewhere, not made himself. He did not post any of them or anything else inflammatory to his blog (http://nayphonelatt.blogspot.com). Secondly, the information given by the police on events in Singapore are irrelevant to the cases that have been lodged against him. Thirdly, the entertainment troupe had up to the time that it went to Singapore had its CDs freely sold in Rangoon. Fourthly, Nay Phone Latt was interrogated and detained at an army camp, a fact acknowledged by the investigating officer in his testimony, which is a flagrant violation of the law on evidence. And finally, fifthly, the case was yet again heard in a closed court inside the Insein Prison, rather than in an open court as should usually be done by law.

Nay Hpone Latt has been charged by the same police officer that has brought the case against Win Maw for having contact with an overseas radio station (AHRC-UAC-200-2008). However, it is not only the investigating officer who is the same. The so-called witnesses of the search conducted in the two cases also are exactly the same people, although the arrests and searches took place weeks apart. The purpose of having two people act as witnesses is so that there is an independent account of police actions in conducting a search. But this police officer is evidently taking his own “witnesses” along with him to multiple searches and arrests to have them fill out the form for him as required by procedure and without any regard to the purpose of having the witnesses there. 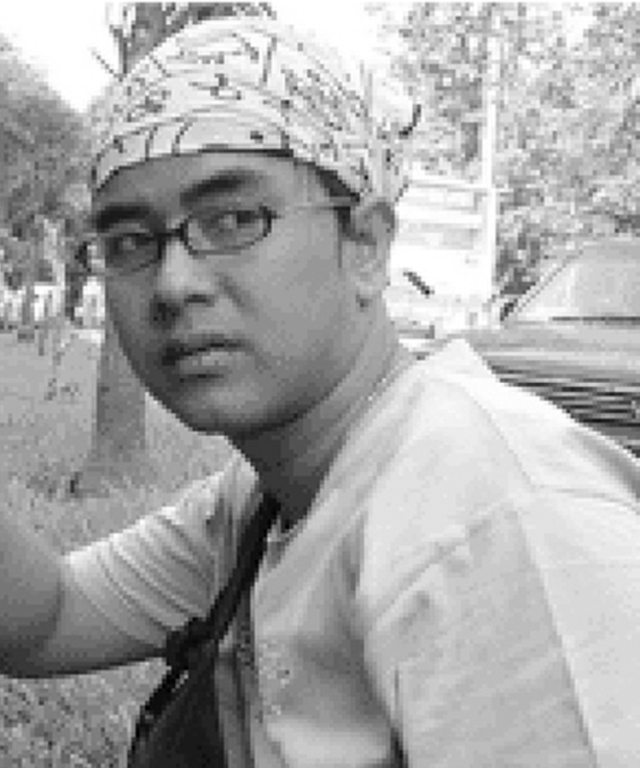